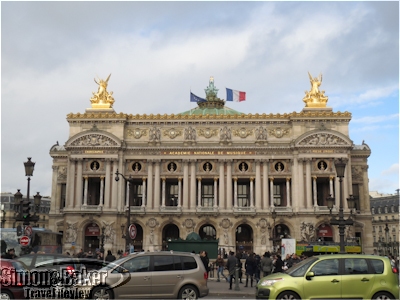 Walking is the best way to see Paris

We recently spent some time in Paris during which we had a chance to try out the Flat Rate aXcess Plan from XCom Global, a MiFi service with a daily flat rate fee which provided us Internet mobile connectivity for up to five devices in France. The aXcess MiFi Mobile Hotspot box which provided the service fit in my pocket and gave us mobile data access wherever we traveled in the city. While service above ground was superior it also worked in the underground subway. Most of our handheld devices support wireless access, but for this trip the star was our Samsung Galaxy tablet.

When connected to the MiFi, the tablet’s map application found our position, including the street and direction. In the same way as a GPS (Global Positioning System) unit in a car, the tablet program offered verbal and text walking directions on the map as we explored the city on foot. This feature alone made having the MiFi along worthwhile. Also, having Internet access came in handy to compare prices online when shopping and to discover the right bus or subway to take on the RATP (Régie Autonome des Transports Parisiens or Autonomous Operator of Parisian Transports) website. The MiFi service heightened our touring experience significantly. 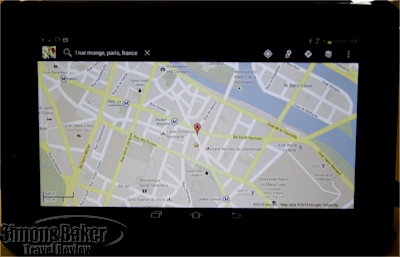 Paris streets are challenging even with a map

Although we own a MiFi unit that we use at home in the United States to use the service outside the country we have to register for a plan with a limited amount of bandwidth. Because none of our vendor plans allows unlimited data even a small overage can cost hundreds of dollars. At the same time, connectivity is uncertain. For example, the first time we contacted our vendor, even after multiple calls, the unit never connected on a trip to Asia. We were unable to find out if the issue was frequency compatibility, roaming arrangement or something else. On the second try, we had a good experience in the Caribbean (see ATT Elevate 4G portable hot spot on the road).

The XCom service allowed us to bypass the geographic uncertainty since the service we had was specifically for France, and the bandwidth overage concerns. As long as we made reasonable use of the connection overage was not a concern. The company’s Fair Use Policy stated, “Our standardized FUP policy: if you reached 400 MB within a 3 days period, the service might get suspended or get slower.” 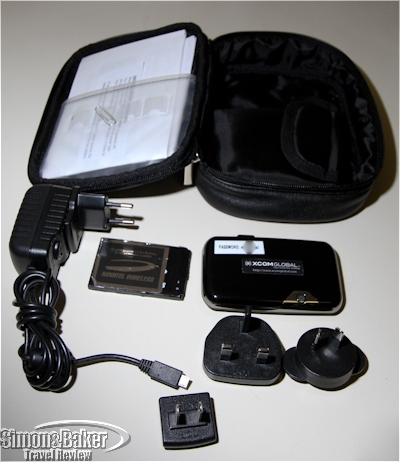 XCom Global service filled a niche, allowing us to plan the exact cost for unlimited use (within reason) of a MiFi with the correct mix of frequencies and data plans to roam in our destination country. Fair use policies in some countries limit bandwidth daily, but the data plan had no overage fees. The Flat Rate aXcess Plan MiFi device used the 3G network, not the fastest option, but widely available.

The kit included two batteries, a charger with multiple plugs, instruction manual and a case. XCom Global shipped the package to arrive the day before our departure to France and included a return mailer for its return the day after our arrival home. The insurance seemed wise considering the high cost to replace the unit if lost or stolen ($800). I would consider using the Flat Rate aXcess Plan from XCom Global, Inc. (5910 Pacific Center Blvd, Suite 320 San Diego, CA 92121, +1 858.222.8242, +1 858.222.8243, info@xcomglobal.com, http://www.xcomglobal.com/) in the future.