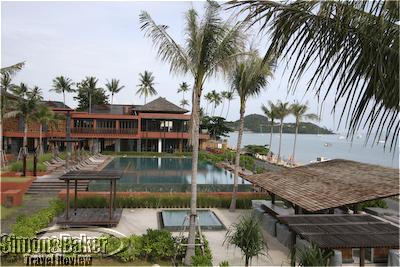 After a difficult flight to the island of Koh Samui in Thailand, I exited the airport to discover it was necessary to follow what felt like a long, partly on an incline, path to the passenger pick up area. It was hot and humid and by the time I made it there I was sweating and desperate to leave the airport. 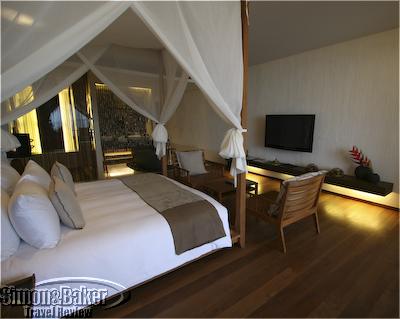 My room at the hotel

As I pushed my luggage cart up the last part of the incline I spotted a friendly looking man with a turquoise polo short at the head of the line of people waiting for passengers. Later I learned his name, Sin Samney “Sam,” the Hansar Samui front desk manager and concierge. Sam held a sign with my name on it and a radiant smile that melted my sour mood instantly. “Pop,” the hotel driver was with him and while Sam greeted me Pop went to fetch the car from the parking lot in front of us. A moment later I was comfortably seated inside the air conditioned hotel car holding a refresher towel and drinking chilled water. 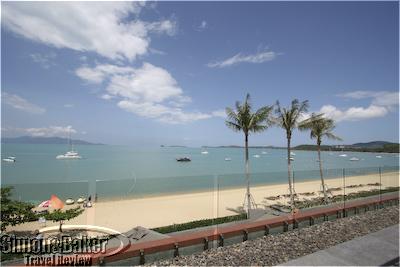 The beach view from the lounge

That set the tone for my stay at the Hansar Samui. I thoroughly enjoyed my beach front handsome room with a covered balcony as well as the hotel spa, fitness center, restaurant, and saltwater infinity edge swimming pool. I will remember the hotel for the staff’s friendliness and thoughtful touches like the constant supply of mangoosteens in my room fruit bowl when they found out it was a favorite (I bought some at the village market), and amenities like the nightly home baked sweets and chocolates. 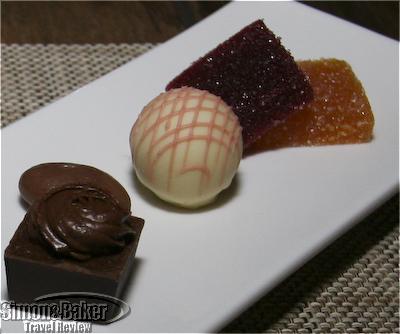 While I was there I had an opportunity to sample the new H-Bistro Tasting Menu. The first course was perfectly cooked Seared Hokaido scallops with celeriac, cherry tomato compote and Riesling foam. Then there was a delightful Pan fried foie gras liver with rapberry yogurt and rapberry essence followed by a delicious Linguini pasta with, garlic, red chili, tiger prawn, Dutch Mussels and fresh dill. For the next course we could select one from the following three: Pan seared Arctic Char with ratatouille, eggplant and lobster foam or Slow cooked Bresse baby chicken with white asparagus, crispy guanciale and Black summer truffle sauce or Grilled Canadian Lobster with garlic butter and rocket salad. I was able to sample the chicken (a favorite) and the lobster. Although dessert was not part of the set menu we had saved room to sample Warm melted chocolate cake with vanilla ice cream and Pineapple ravioli both of which provided a satisfying completion the lovingly prepared and artfully presented meal. 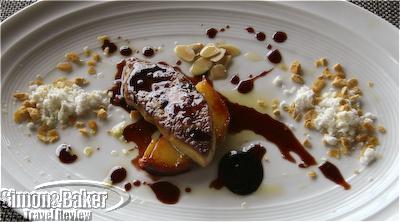 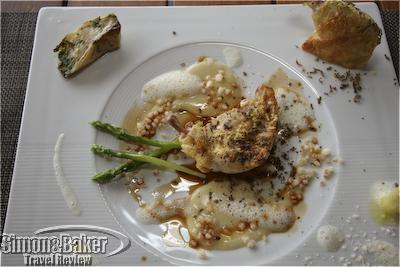 The chicken was a favorite

From Indra Budiman the affable general manager, to Stephen Jean Dion, Hansar’s executive chef, the restaurant staff who I met the day I sampled the H-Bistro Tasting Menu; to the front desk staff, the room service staff, the ladies at the spa, the young men in the pool area and nearly every staff member I had a chance to meet I felt welcome, even when our communication was limited by language. 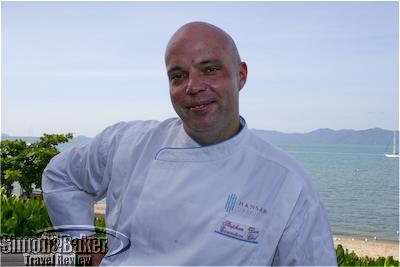 You can read more about my stay at the Hansar Samui and the Luxsa Spa in Koh Samui, Thailand at the Simon & Baker Travel Review.

The Breakers, a Florida icon 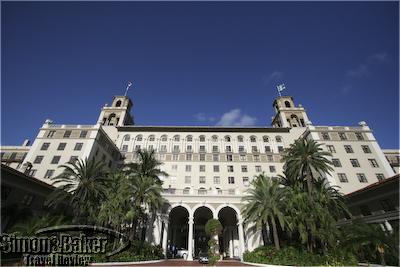 This family owned and family friendly resort in tony Palm Beach Island in Florida’s east coast made fans out of us. There are many reasons to like the 140-acre property such as its handsome Italian design interiors and pretty rooms, beachfront location, two 18-hole championship golf courses, ocean facing swimming pools, spacious spa, boutiques and multiple restaurants. Our favorites: the manicured look pervasive throughout the resort including uniformed staff and the high level of service, often friendly and helpful, wherever we went. 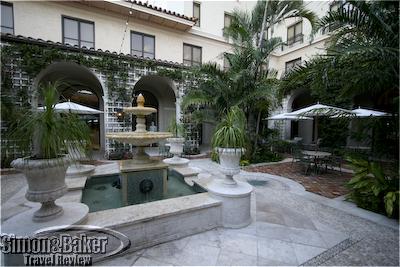 There were many comfortable areas to relax and enjoy the property

We enjoyed a midweek stay just as the season was closing and although the weather did not cooperate as much as we would have liked (there was a constant lifeguard red flag during our stay) we appreciated the calm environs. We particularly enjoyed massages at the resort spa, a sunset dinner at the The Flagler Steakhouse and a molecular gastronomy tasting menu dinner at L’Escalier, the resort’s gourmet restaurant. 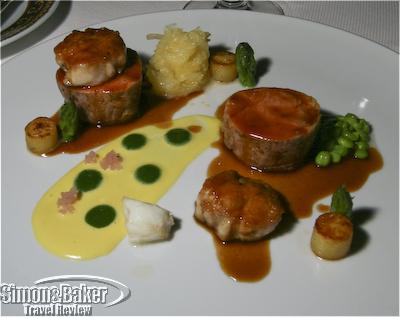 Cuisine as art at L’Escalier

Another favorite was a day at Beach Bungalow 17, one of several day rental cabanas fronting the adult relaxation infinity pool and facing the beach beyond. The bungalow provided quiet space aside from the crowded pool area and the private area with a concierge made our time under the sun especially relaxing. The 150-square foot indoor area plus a segregated patio was stocked with some complimentary amenities and plenty of pool towels. For sun time the patio had three outdoor lounge chairs and an umbrella. 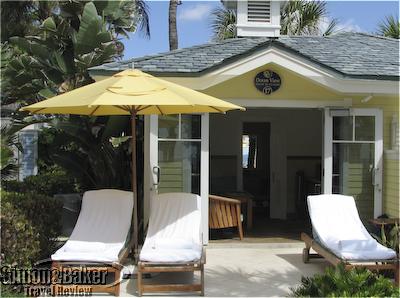 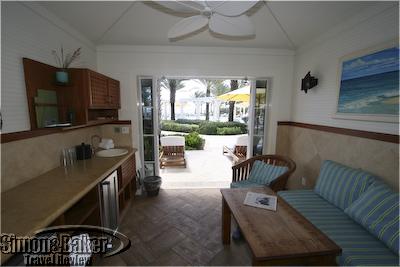 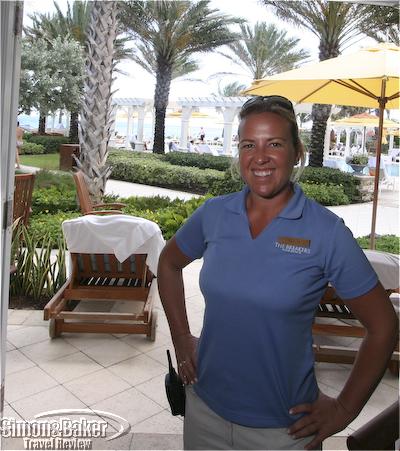 Krissy, our Bungalo concierge, made sure we had everything we needed with a smile

Although the resort facilities and amenities were within easy reach it was nice to know we did not have to do anything or go anywhere if we did not care to. Even lunch was easy.

We selected Florida Fish Tacos, Turkey Club Wrap and a side order of Avocado Fries from the Ocean Grill menu in our bungalow and placed our order with Krissy, a uniformed concierge who checked on us regularly. Within minutes our food arrived. In case we were still peckish around 3:30 p.m. she brought a styrofoam plate of frozen grapes. We wrapped up our day feeling lazy and relaxed and ready for dinner at Echo, the resort’s offsite Asian eatery a short shuttle ride away in downtown Palm Beach. Click here to read about our experience at The Breakers Palm Beach, The Spa at The Breakers and L’Escalier. 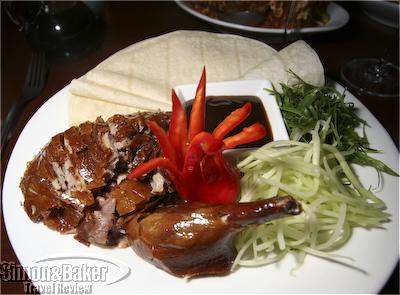 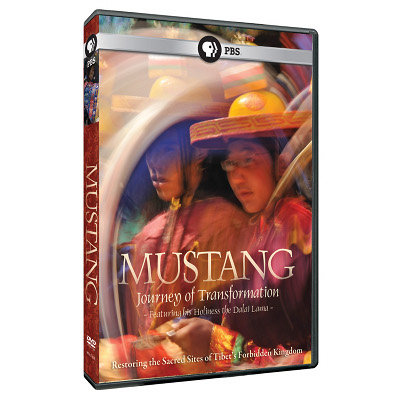 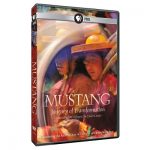 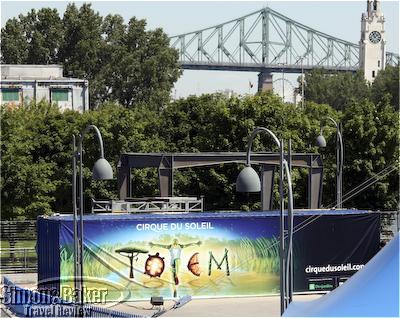 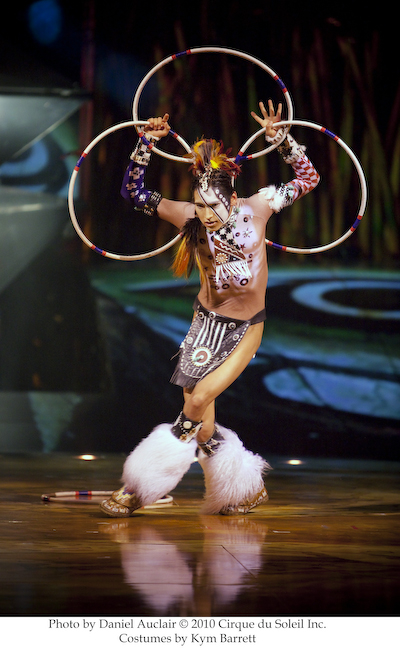 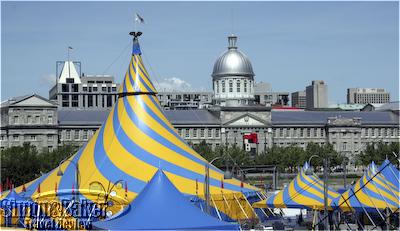