Gourmet teas a reminder of Paris at home 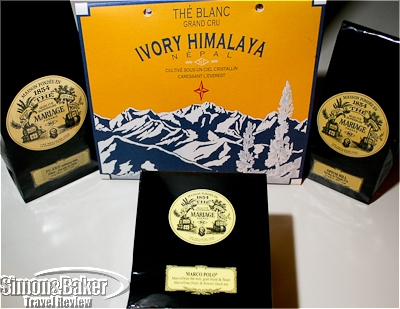 Our selection of Mariage Freres teas

Over the years we have sampled so many teas we’ve lost count. From plantations in India to gourmet tea shops in Paris, France and many places in between, tea has accompanied many special and memorable occasions.
Recently, we decided to sample a variety of teas over a few days. The idea was to dedicate our clean palates to tasting a single tea or two at most per sitting. The time and attention were meant to allow us an opportunity to explore the tea leaves and their color, tea fragrance and taste, and lastly the finish if there was one. 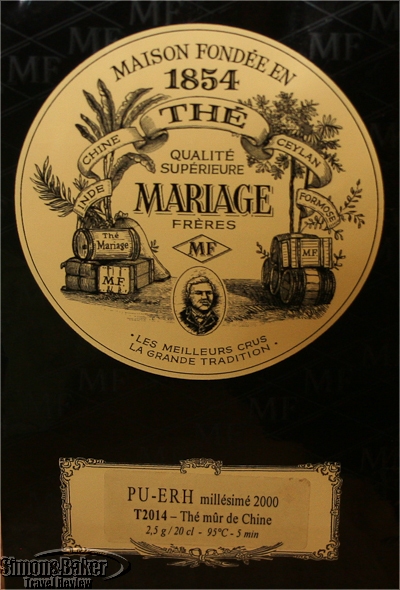 A closeup of the label showing brewing instructions

To compare apples to apples as it were all the teas we sampled were from the same shop, Mariage Freres Marais in Paris, France (Mariage Freres Marais, 30 rue du Bourg-Tibourg,75004 Paris, France, www.mariagefreres.com, info@mariagefreres.com,+33 1 42 72 28 11). Some we brought home with us and others arrived by post. The shipping caused some unpleasantness with the delivery company who tacked our small order with customs processing fees even though there was no evidence that customs officials viewed our package, and without ever obtaining our approval in advance. 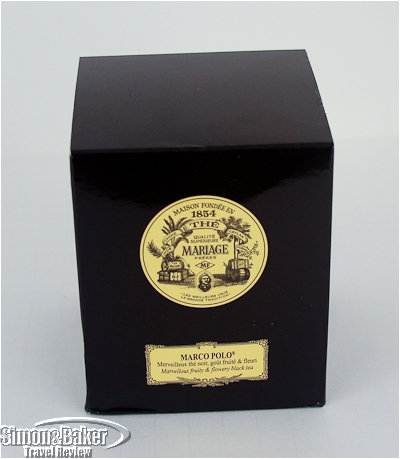 The Marco Polo tea came in a tin inside a box 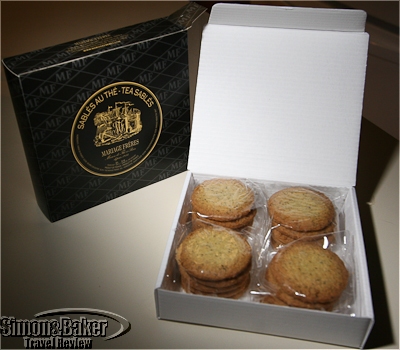 The label on each bag, box or container provided instructions including the quantity of tea leaves per cup, the water temperature and the amount of brewing time. We followed the directions preparing the tea with bottled water and placing the tea leaves in individual cotton tea sleeves. We served the tea in a clear glass cup that allowed us to see the color of each tea. 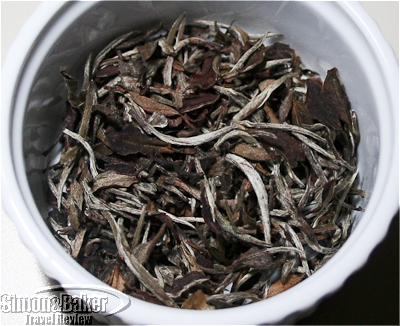 The Ivory Himalaya white tea came in a plastic bag within a square carton which was sealed in an airtight wrapper. The tea weighed 20 grams. There was no visible expiration date on the package. The recommended serving was five grams of tea per cup brewed (one quarter of the package) for five minutes at 80 Celsius (below boiling). Sourced at a Himalayan plantation in limited quantities it was the priciest of the teas we sampled in that series. 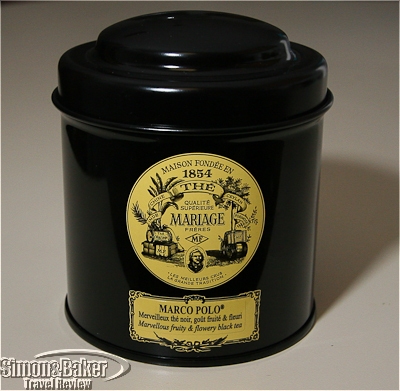 The Marco Polo tea in the tin 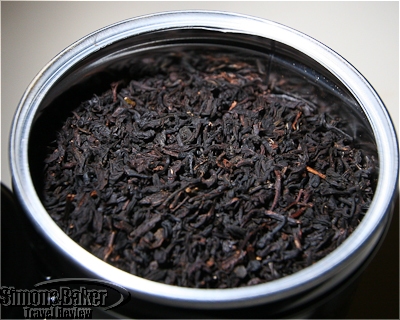 A closeup of the Marco Polo tea

The Marco Polo tea came in a pretty black tin containing 100 grams. The expiration date was January 2017. The recommended serving size was two and one half grams of tea per cup brewed for four minutes at 95 Celsius (below boiling). The tea leaves in the container had a distinctive fruity scent which was more pronounced in the brewed beverage. The tea was an appetizing rich medium brown which tasted of mild black tea with a slightly sweet fruit and flower taste. There was no finish of note. We tasted the Marco Polo cookies, made with wheat flour, sugar, concentrated butter, eggs and Mariage Freres Tea, at the same time as the eponymous tea. The buttery, crunchy and sweet cookies came in four plastic wrapped packets of five cookies each. The expiration date was August 2014. 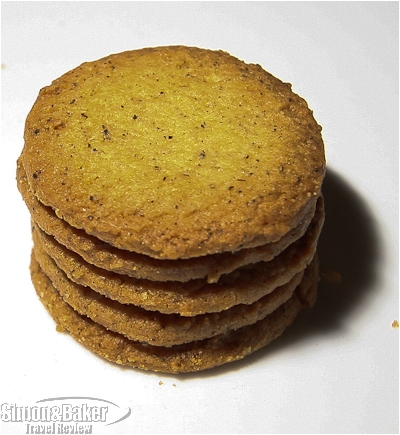 The Opium Hill kernels came in a foil 100 gram bag and had an expiration date of January 2016. The recommended serving size was four and one half grams of tea per cup brewed for two minutes at 90 Celsius. Per the salesman’s instructions we infused it three times. He indicated up to seven infusions were possible from a single serving. The tea was pale green with a subtle green tea flavor. We couldn’t be sure if the color grew paler with each infusion. The scent was mild and made us think of green tea. The first infusion had a well defined taste. The flavor became less noticeable and more nuanced with each infusion while the finish became longer lasting and more pronounced. The idea that the third infusion had no theine held particular appeal for us. The third infusion, especially the finish, was a favorite. 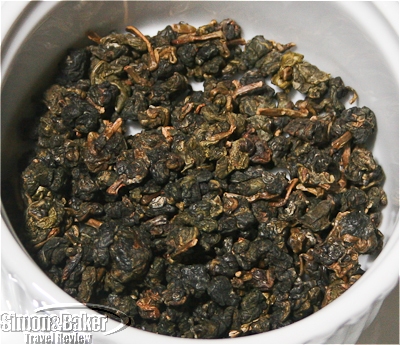 The PU-ERH came in a foil 100 gram bag which listed no expiration date. The recommended serving size was two and one half grams of tea per cup brewed for five minutes at 95 Celsius. The color was pale. While the scent of the leaves and the brewed tea were the strongest of the teas we sampled in that series the flavor was unexpectedly light. Words that came to mind were musty, smokey and dark all within a palatable range. 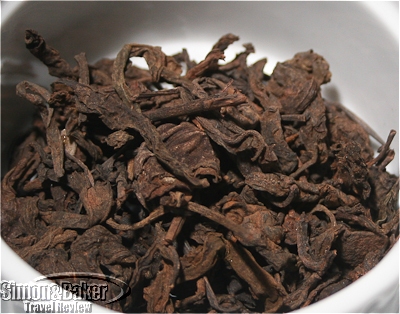 A closeup of the PU-ERH millesime 2000

The blue tea, reminiscent of green tea, was a favorite for regular consumption. Given its delicate flavor the Ivory Himalaya would be appropriate for special occasions or to share with friends. The nuances of the tea taste compared to the high cost were difficult to quantify, especially given the many fine tea choices available. On the other hand, the lingering finish on the palate was unequaled in that series and worth seeking out. To read about our tea and gourmet experience at the Mariage Freres Marais Paris tea shop, see Superb gourmet lunch at Paris tea salon