What I liked about the Playaway all in one audiobook player 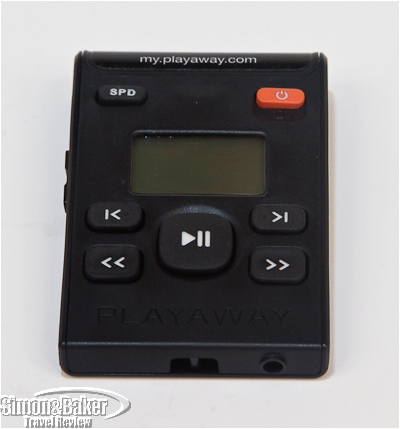 The Playaway audiobook player (headphone jack along the bottom)

For many years, I have enjoyed listening to audiobooks. They fill the hours on long flights and often go with me while I’m doing routine chores and running errands. Audiobooks bring the text to life, with a good narrator strengthening the performance with different voices and proper emotional emphasis. It is easy to imagine the appeal of radio programs before television made visual entertainment the dominant force that it is today.

The process of downloading audiobooks involves multiple steps and the menus in my favorite player require extensive navigation to play a book. I have gotten used to it because I enjoy the medium, but I suspect that less technologically inclined people might not survive the effort. 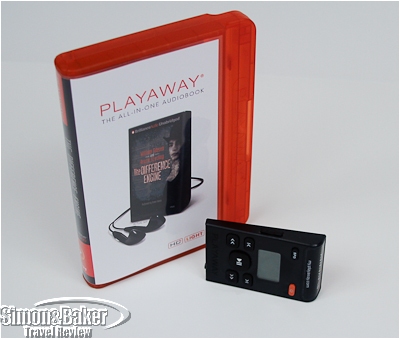 The case and the player

I recently had the chance to try out the Playaway all in one audiobook player assembled in Ohio. It is an audiobook with a dedicated player bundled in a convenient plastic case. The case and player I received mimic a book cover, with a typical summary description of the story and credits. The case held the two ounce player and a single AAA battery (for longer term storage to avoid any chance of corroding the player). The player fits comfortably in my shirt pocket. The top of the player is heavier with the battery and slides into a pocket naturally. The standard headphone jack in the bottom (headphones not included) of the player faces the top of the pocket so that my headphones remains untangled. 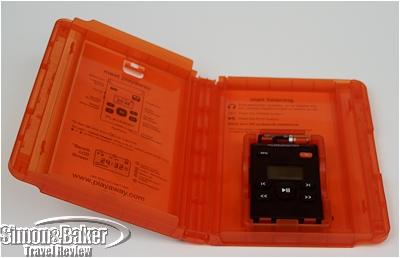 The case holds the player and the battery

The player controls are standard, allowing me to navigate the contents of the single audiobook, with a back lit LCD display clearly showing the current position and messages during startup and shutdown. The layout of the flexible rubber buttons allows space for large fingers. The buttons respond to comfortable pressure, and the power button toggles a lock to prevent accidental pushes when in a pocket. The player features a speed button, allowing five different playback speeds. 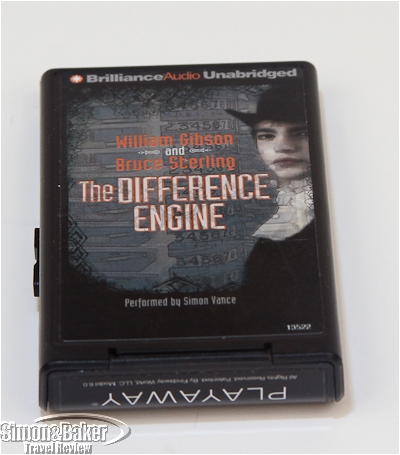 The player displays the book cover

The main target audience for these audio books is lending libraries and facilities where multiple people can borrow the books to listen and return them when they are finished. There are thousands of titles offered on the site in various genres. According to the seller, the audio players are well suited for children, seniors and visually impaired individuals, as well as avid readers like me. My personal experience of using the Playaway audiobook has been positive. 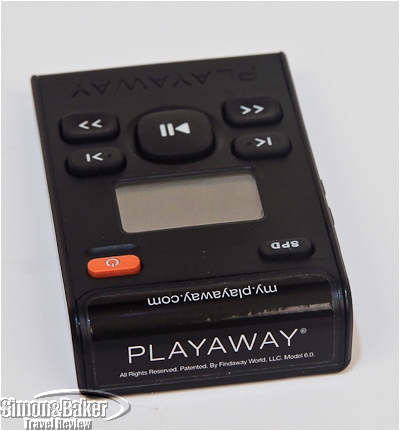 The battery compartment is on the top of the player

In our house, we read many paperback books. Once finished, they go to a local charity or recycling bin depending on their condition. We keep several bookshelves of fiction too good to part with after the first reading. These consist of hard to get, no longer in print, or favorite authors we expect to take out again. It is easy to imagine using the Playaway books to build a library of audiobook favorites. In summary, the Playaway all in one audiobook offered me the convenience and simplicity of function in an attractive portable package. Findaway World, 31999 Aurora Road Solon, Ohio 44139, 1-877-893-0808, www.my.playaway.com, jbelardo@findawayworld.com