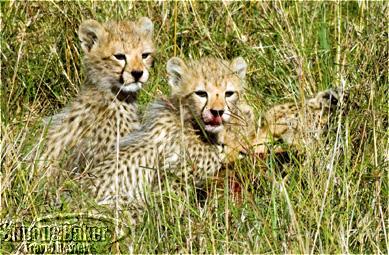 I was recently in Kenya, where Gamewatchers Safaris combined superb game-watching opportunities in some of the most sought-after parks of East Africa with exemplary responsible tourism practices to deliver an outstanding safari experience.

Kenya is a country whose very name has long been synonymous with safari for seasoned and armchair travelers alike. An early leader in the preservation of game and its natural habitat, Kenya boasts more than 50 national parks and game reserves as well as private conservancies covering over 10 percent of its total landmass. The Big Five (lion, leopard, elephant, rhinoceros and buffalo) can all be found there, as well as cheetah, zebra, wildebeest, giraffe and many other carnivores and herbivores, large and small; and herds of minivans filled with awed tourists. 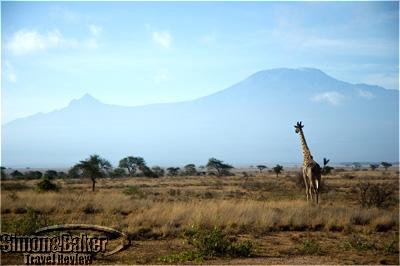 A view of Kilimanjaro from Porini Amboseli

A large number of visitors is drawn to Kenya by visions of abundant game roaming across endless open spaces punctuated by the wide umbrellas of flat-topped acacias, and proud Masai in crimson robes herding their cattle in the distance. To accommodate these visitors, the country has developed one of Africa’s most advanced tourism infrastructures, including large-scale accommodations, making it a favorite destination for group tourism. But as Kenya’s popularity as a safari destination increased, so did the potential threat to its environment. Gamewatchers Safaris has been at the forefront of addressing the challenge of enhancing the tourism experience while giving landowners a chance to improve their quality of life in the present, and preserve land and wildlife for the next generations. 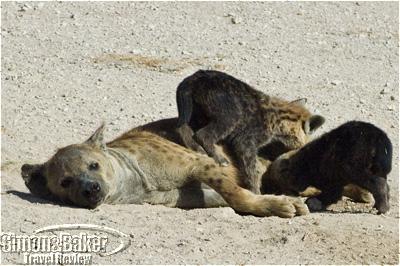 With its four Porini Camps (Amboselli Porini, Porini Rhino, Mara Porini and Porini Lion) Gamewatchers Safaris offered an innovative solution: small tented camps (between six and ten tents depending on the camp) on private conservancies located in close proximity to the famed Amboseli and Masai Mara National Parks; with the exception of Porini Rhino Camp, which was in the heart of one of the largest rhinoceros sanctuaries in East Africa, in the shadow of Mount Kenya. In these rigorously eco-friendly camps, great efforts were made to minimize the impact of the properties on the environment. No permanent structures were erected, power was exclusively solar generated, and all waste was managed according to strict procedures. 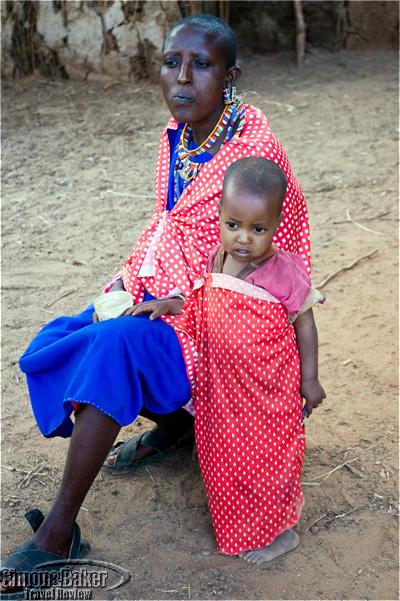 A Masaai woman and child at a Porini property

The host conservancies were on private land leased from the local Masai tribes who received financial benefits and employment opportunities as well as infrastructure development (such as roads and improved access to water). Local tribesmen had access to training in various aspects of the tourism industry and employment at the camps. As the time of my visit close to 90 percent of the camps’ staff came from local tribes. Because of this close partnership, we, as camp guests enjoyed extensive contact with the local community, such nature walks with Masai Warriors, visits to the local villages where we were welcomed and allowed to observe the tasks of daily lives as well as celebration songs and dances. We were also able to enjoy nighttime game drives (these, like the walking safaris were not allowed in the National Parks). I especially enjoyed the opportunity for substantive conversations with my Masai guides about their tribes’ history, current lives and aspirations. 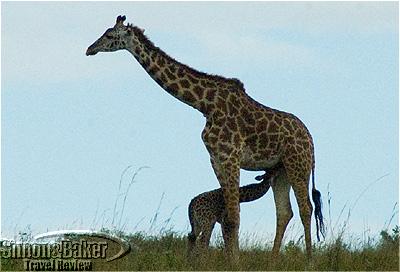 Each camp was located in a spectacular site with its own game watching particularities. Click on the name of the camp to read about my memorable safari experience at each one of the Porini camps:

Amboselli Porini Camp was in the Selenkay Conservancy, adjacent to the north side of the Amboselli National Park, famous for the large herds of elephants roaming its sun-baked plains. Access to the park was via the conservancy’s private road, against the eye-popping backdrop of Mount Kilimanjaro.

Porini Rhino Camp was located on the verdant plateau of the Ol Pejeta Conservancy, between the foothills of the Aberdares Range and the stately snow-capped peak of Mount Kenya. In addition to its large rhino population, it featured large herds of rarely seen herbivores such as reticulated giraffes and Grevy’s zebras.

Mara Porini Camp was nestled in a soaring grove of yellow-barked acacia, within the Ol Kinyei Conservancy, ten miles away from the Northeast boundary of the Masai Mara National Reserve. The conservancy was host to a large resident pride of lions that I had the pleasure to observe repeatedly. Early morning game drives on my way to the park in the rolling meadows filled with herbivores browsing for their breakfast in the clear morning air were a special treat.

Porini Lion Camp was in the Olare Orok Conservancy on the northern border of the Masai Mara National Reserve. The abundance of “big cats” in the conservancy and this area of the park was such that it was hard to keep focused on any other game! Although the sight a pair of black rhinos engaged in courtship ritual did hold my attention, as did a breeding herd of elephants with several newborn calves; successfully tracking an elusive leopard was a high point of the visit, so was a pride of lions getting ready for their hunt. In the end the antics of a cheetah and her three tiny cubs won my cuteness award for the stay. 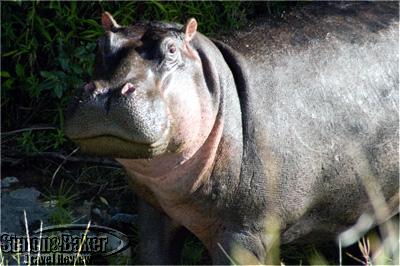 A hippo at Porini Lion Camp

Another feature that further enhanced my game-watching experience was that all game drives took place in custom-built, open-sided Land Rovers, each with three tiers of two individual seats. Although the vehicles could accommodate up to six guests, there were never more than four of us in any vehicle, and more than once I had the pleasure of a private game drive. One slight drawback: it was sometimes a challenge to repress the urge to gloat a tiny bit as I met covetous glances coming from the air-conditioned minivans I occasionally passed in the parks.

N.B. Shortly after my visit, Porini Safari Camps and its parent company Gamewatchers Safaris were honored with the Responsible Tourism Award for “Best for Conservation of Endangered Species outside Protected Area” at the 2008 World Travel Market in London. The award, sponsored by Virgin Holidays, recognized Porini/Gamewatchers “for demonstrating that a high revenue, low impact tourism development approach can benefit the local Masai through developing conservancies and tourism in partnership with safari companies to create employment and community income and to conserve their land for wildlife.”