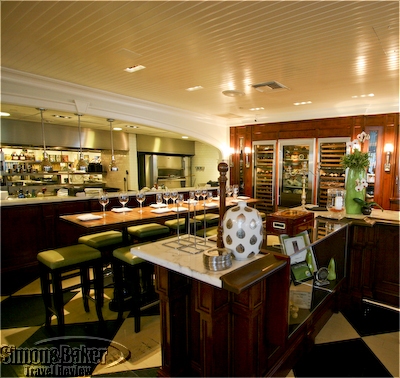 We arrived at the Vintner Grill (10100 W. Charleston Blvd., Las Vegas, NV 89135, +1.702.214.5590, www.vglasvegas.com) early. So early, the staff were still arriving and the dining room was being set up. The reason for such an early dinner was that we had an show to catch and we were a 20-minute drive from our Strip hotel in the outskirts of Las Vegas, a city we didn’t know well.

We went the distance because the restaurant had been described as an outstanding neighborhood bistro and we were eager for an off Strip friendly experience. Since it was a bistro we anticipated having plenty of time for a couple of courses before returning to catch our show. Instead, we were surprised with the options. There were simple and refined dishes as well as single and multiple course temptations from the bar and the kitchen which we indulged in with gusto. 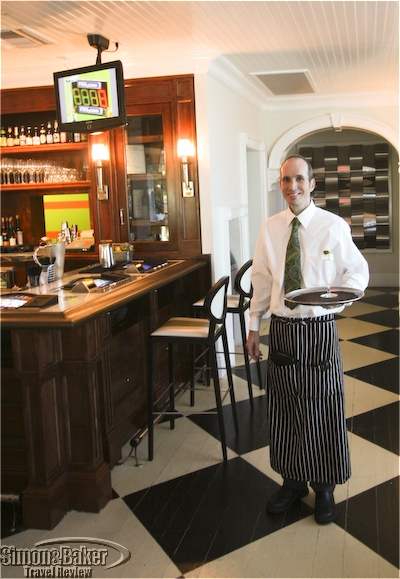 A server at the Vintner Grill 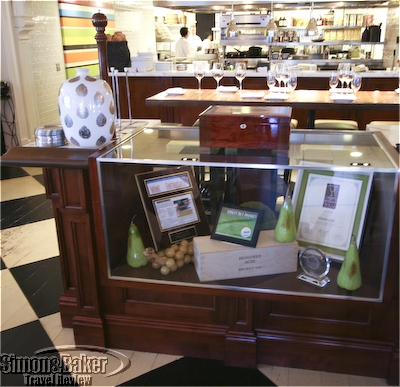 The meal and service were far superior and more refined than the garden variety bistros we’ve dined in elsewhere. At the same time, the ambiance was friendly and very different from the tourist restaurant options in other areas of Las Vegas. Perhaps the Vintner Grill’s location in an upscale residential area provides the ideal combination of affluent foodie regulars that inspire the diverse selection of everyday and special occasion items and high quality that we so enjoyed. We look forward to returning to the Vinter Grill the next time we’re in the “neighborhood.” Click here to read a complete article about the Vinter Grill. 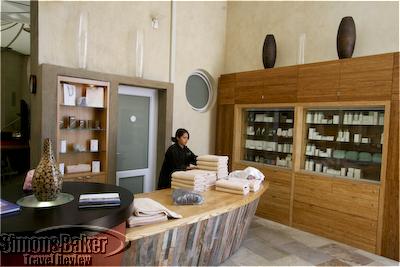 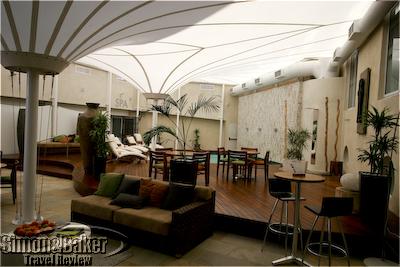 During a recent stay in to Cape Town, South Africa, I tried Onejourney, the signature treatment at the OneWellness Spa at the Radisson SAS Hotel Waterfront (Beach Road, Granger Bay, Cape Town, +27 21 441 3331, www.onewellness.com). The spa, a few minutes drive from Cape Town’s main tourist area, was located in the lobby of the hotel. For visitors from other properties, there was a secure parking area near the hotel entrance. 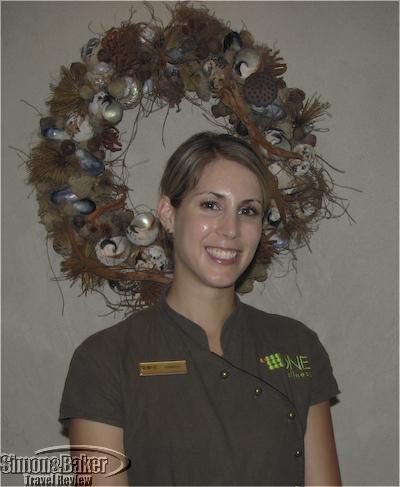 After introducing herself, Daniella Swanepoel, my friendly therapist, explained the process and accompanied me to the first station, telling me what the treatment was about and how long it would last. Mostly, she escorted me from station to station. She also did the exfoliation, brought replacement towels and slippers and answered questions.  While I enjoyed the stations and the overall experience, what was most appealing was the result. At the end, I felt distinctly relaxed and refreshed.

The OneWellness Spa at the Radisson SAS Hotel Waterfront was the flagship of the Onewellness chain of spas in South Africa owned by Queensgate Wellness Holdings. The Onewellness concept, developed by Rob Cowling, the company’s manager director, is to integrate fitness, spa and skincare services to produce holistic well being based on 10 elements: aesthetics, touch, integration, movement, waters, environment, nourshment, education, evaluation and prescription, and teamwork. It was selected 2008 Best Hotel Spa of the Year in the Fourth Annual Nouvelles Estetiques South Africa Spa Awards.

Listen to Jeanetta Selier, elephant expert at Mashatu in Botswana 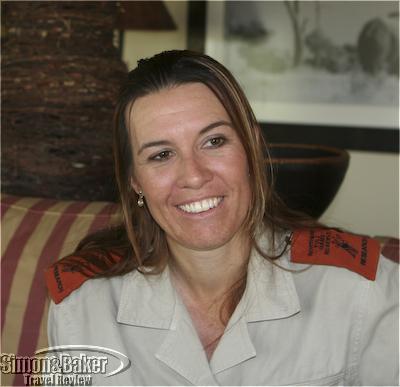 As a result of Elena and Gary’s stay at the Mashatu Main Camp within the Mashatu Reserve in Botswana last year we published a dedicated feature about the luxury lodge. While they were there they had a chance to meet Jeanetta Selier, a Botswana elephant expert, and experience one of her morning Ivory Drives.

Jeanetta shared insights about her nine years dedicated to studying the elephant population of the Tuli Block in Botswana during an audio interview with Elena. In the hour long recording, Jeanetta talks about the 1,400 elephants who call that area of Africa home and her study and findings in the many years she has spent in the region. She also discussed opportunities for visitors to see the elephants during lodge game drives, Ivory Drives and even observe an elephant collaring, a rare event.

Click on the play button below to listen to their conversation. 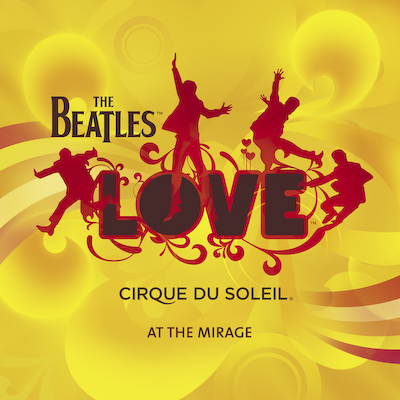 Love at the Mirage

During a trip to Las Vegas late last year we had an opportunity to see several shows. Our favorite was Love, a mix of Beatles music and Cirque du Soleil magic. The 90-minute performance in the 2,013-seat theater at The Mirage was a fun way to spend an evening in Sin City. 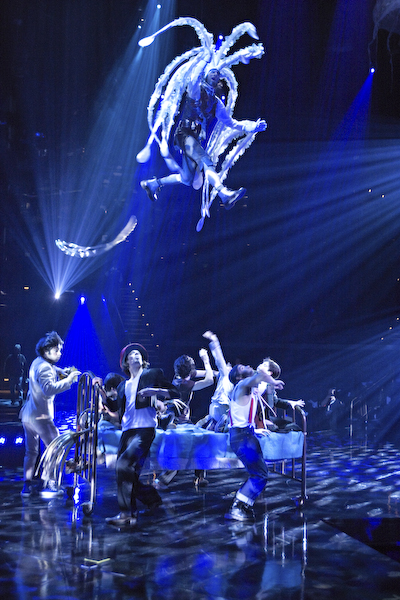 A scene from Love

Filled with some of the famous characters from The Beatles songs, featuring dozens of Cirque performers of all ages prancing in colorful and evocative costumes, accompanied by the iconic music that has circled the world over the show was wistful and lively. 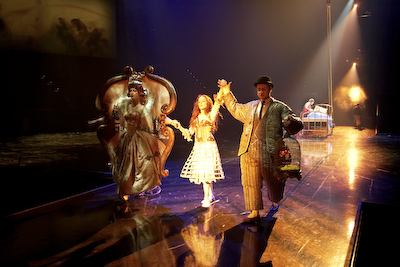 A scene from Love

In 1984, Cirque du Soleil was a group of 20 street performers; now it’s a major international organization that has provided high-quality artistic entertainment to more than 70 million spectators in close to 200 cities on five continents. In Las Vegas, Cirque du Soleil has a partnership with MGM Mirage to create and present productions. In addition to Love, visitors can try Mystère at Treasure Island, “O” at Bellagio, Zumanity, the Sensual Side of Cirque du Soleil, at New York-New York Hotel and Casino, KÀ at MGM Grand, and Criss Angel Believe at Luxor. Click here for an article about Love.