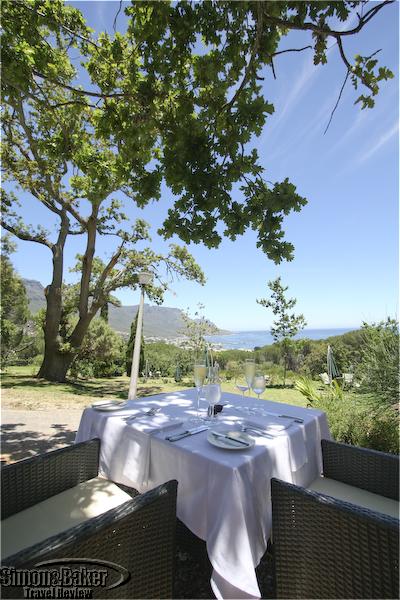 A table and view at The Roundhouse

Cape Town’s up and coming gourmet restaurant scene is flourishing. On our team’s most recent visit they dined at two outstanding “house” gourmet restaurants in the city suburbs, The Greenhouse, part of the large complex of the Cellars-Hohenort, and The Roundhouse, a newly opened and very popular hillside restaurant. 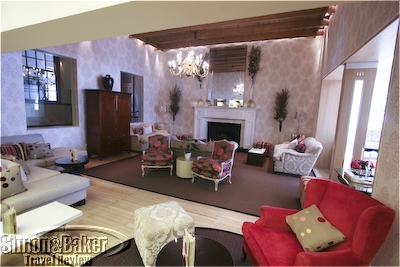 Each with its own charms offered quality food lovers a striking setting, friendly service and extraordinary meals. Click here to read our articles about The Greenhouse and The Roundhouse . 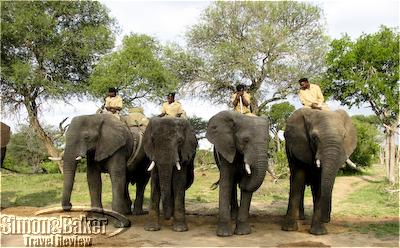 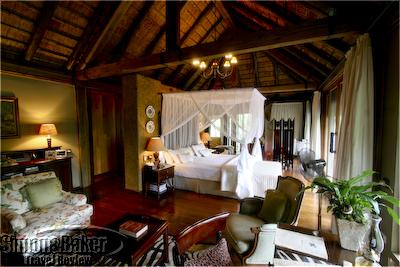 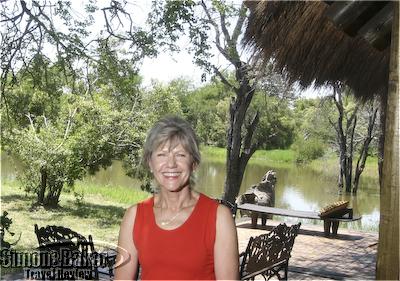 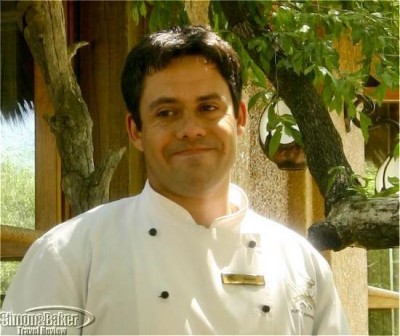 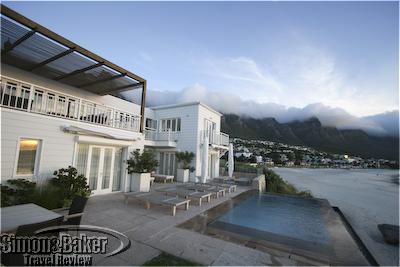 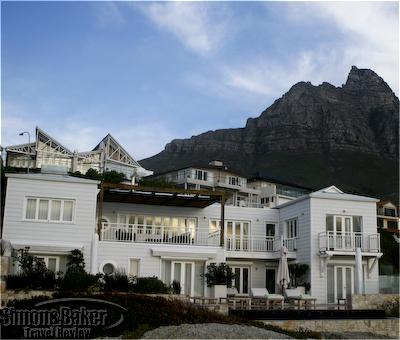 Looking for a little rest and relaxation in the Cape Town area? We found two multi-million dollar luxury rental properties each with its own distinctive charms. Rock House Villa, a recently constructed luxury four bedroom rental home, hugs a popular South African beach. The two-story house with a live-in staff person is perched on the edge of the rocks of Camps Bay, Cape Town’s famous beach suburb. 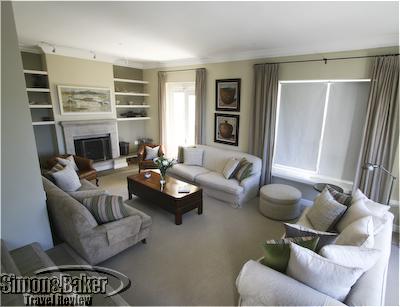 The living room at Villa Higgovale 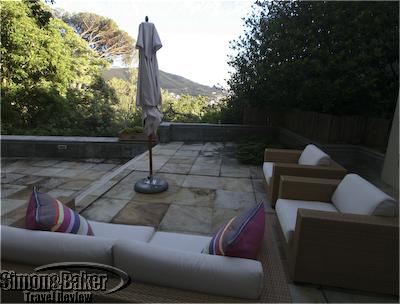 The back deck at Villa Higgovale

Villa Higgovale, a 4,000 square meter property, sits in a residential hillside neighborhood and has a splendid view of Cape Town and its bay. Two full time employees, a housekeeper and a gardener, looked after the six bedroom house which is minutes away from shopping and the city.

Click here to find out what our team discovered during their stay about Rock House Villa and Villa Higgovale. 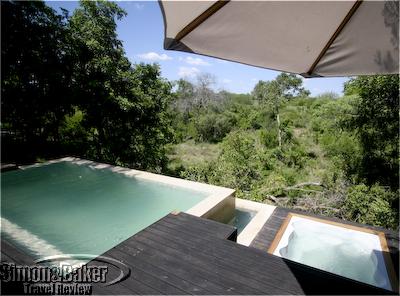 The terrace of a two-bedroom suite at The Royal Malewane

Tucked within the Thornybush Game Reserve near the town of Hoesdpruit in South Africa’s safari country there is a luxury oriented enclave favored by game viewing enthusiasts and the rich and famous. The Big Five game viewing property near http://simonandbaker.com/kruger has six luxury suites and an on site spa. There are also two independent two-bedroom suites each one the size of a small house or apartment and decorated with a personal touch by the owner.

The two bedroom suites come with a computer, well stocked kitchen with bar, plunge pool and Jacuzzi, dedicated staff as well as dining, living, and large outdoor terrace areas. Suite guests explore the game reserve at sunrise and sunset (or whenever they want) in their own safari vehicle. 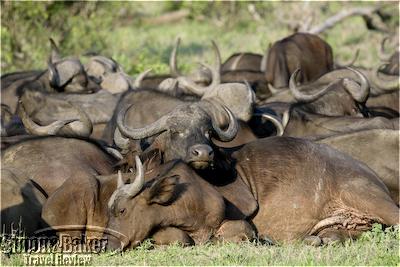 Buffalos at the Royal Malewane

The property’s most prominent feature during a recent Simon & Baker Travel Review visit was the friendly and eager to please staff. It’s no surprise since the walls of this quiet lodge have been the temporary home of many well off individuals such as an internationally famous singer who visits regularly, and the head of state of an industrial country who spent his honeymoon in one of the property’s two-bedroom suites. 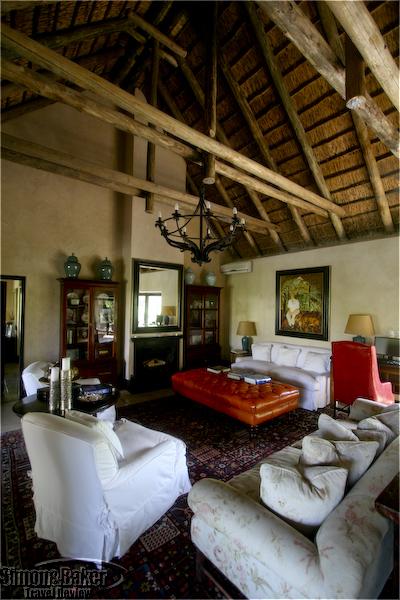 The interior of the Royal Malewane Suite

What our team liked when they visited the property was the seclusion and privacy of their stylish two-bedroom suite accommodations, gourmet cuisine, service oriented staff, and exclusive game viewing opportunities in a private vehicle with a dedicated veteran ranger and tracker team. Click here to read a dedicated article about the Royal Malewane. 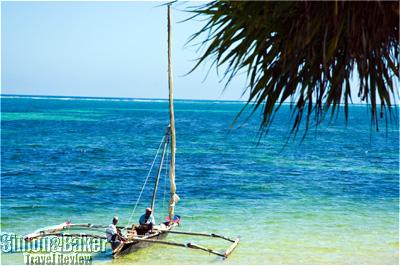 The beach at the Serena Beach Hotel and Spa in Mombasa

While I enjoy the comfort and amenities of luxury hotels, I often find them in some way at odds with my commitment to responsible tourism, which requires that “facilities invest time, money and other resources in betterment of the environment, resource use and the welfare of local communities” (per the 2002 Cape Town Declaration on Responsible Tourism). I had no such concerns on my recent visit to Kenya, where I stayed at two outstanding Serena Hotels, whose luxury accommodations met responsible tourism practices.

These properties, owned by Tourism Promotion Services Eastern Africa, Ltd (TPS, with the Aga Khan Fund for Economic Development (AKFED) the majority shareholder, had a stated policy of commitment to the local population in relation to cultural preservation, sustainable habitat and community development. The group also operated by a code of responsible practices regarding energy conservation, waste recycling, sewage disposal, air emissions, pesticides, noise reduction and visual pollution, and construction of their properties in harmony with local surroundings, using eco-friendly materials, and local handicrafts and products. 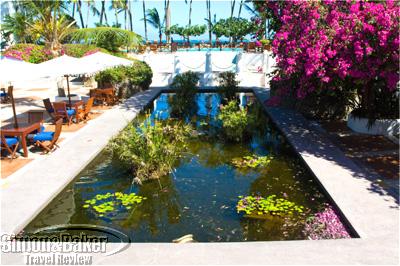 The Sokoni Pond at the Serena Beach Hotel and Spa

These principles were very much in evidence at the Serena Beach Hotel and Spa in Mombasa. Inspired by the rich architectural tradition of the East African coast, the resort was built of local material by local craftsmen into whitewashed low buildings with intricately carved deep wooden balconies overlooking courtyards shaded by blooming bougainvilleas and frangipani trees. The buildings were clustered around a central core of elegant public spaces that gave the resort the exotic appeal of an ancient Swahili town. The Village area, where my room was located, was styled to resemble the historic island town of Lamu, with its back streets winding toward the sea. My room combined the charm of local carved Lamu-style furniture, arts and crafts with the latest modern conveniences.

The atmosphere of the common areas was that of an Arabian palace, with soaring pillars, tiled fountains and Arabic furnishings and rugs. I especially liked the abundance of elegant fretwork panels throughout the property, including the Maisha Spa, said to have been made by members of the Association for the Physically Disabled of Kenya. The spa also provided an outlet for goods created by the disabled. The leather tongs used by spa guests were sourced from a local community organization that supported the disabled. These and a number of jewelry items created by the same group could be purchased at the spa reception. 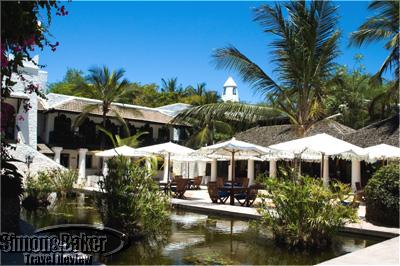 The Sokoni Nyota at the Serena Mombasa Beach Hotel

A majority of the hotel staff and visiting entertainers were drawn from the local community. Providing growth opportunities for the staff was a matter of pride within the Serena organization. I spoke to several members of the senior management team, including Charles Muia, general manager, who mentioned how some staff members had started in junior positions at Serena properties and had benefited from the company’s development program to ascend to their current positions. Muia also pointed out junior staff members presently enjoying similar opportunities at the hotel and the spa. Much of the fresh foodstuffs served in the restaurants were locally produced and procured, including the seafood that was bought from accredited local suppliers.

The Serena was graced with a seemingly endless frontage of verdant lawns and soaring palm trees overlooking a pristine creamy sand beach that was part of the Mombasa Marine National Park and Reserve, established to protect the marine and coastal environment of the Indian Ocean territorial waters. The hotel cooperated with the Kenya Sea Turtle Conservation Committee on a rescue and conservation project aimed to protect the nesting and feeding sites of seven species of migratory turtles. It also provided a secure nesting ground to protect the hatching cycle of the baby turtles. 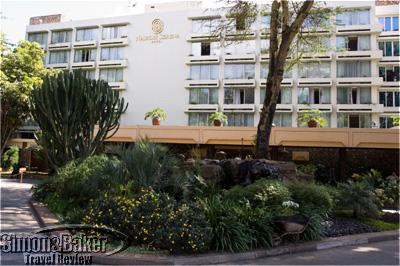 While some of the least visible responsible tourism practices are hard to observe within the infrastructure of a large city hotel, the Nairobi Serena Hotel, the Serena flagship hotel in Kenya, was said to uphold the same high standards as the resort property. The six-story structure sat discretely among its own lush tropical gardens at the edge of the city’s Central Park to offer an oasis of serenity in the heart of Africa’s fourth largest city. I especially enjoyed its décor that seamlessly blended Moroccan and Swahili influences with tribal antiques and contemporary African art to create an environment of refined elegance. 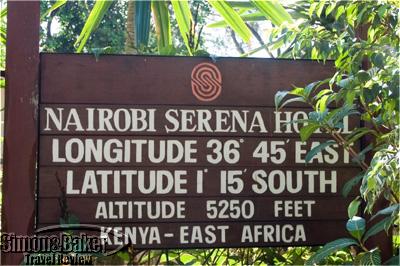 Several restaurants featured a variety of cuisine options, mainly from locally sourced products. Throughout the hotel the staff was efficient and polished. My room was cool and quiet, elegantly decorated in pan-African style, overlooking gardens filled with native flowering trees, and the glittering towers of the downtown Nairobi skyline beyond. Thanks to its efficient WiFi connection and satellite television with multiple international channels, it was an inviting haven to reconnect with the “modern world” after an extended safari before facing the long journey home.

Details on my visit to Kenya, and dedicated articles on the Serena Beach Hotel and Spa, Maisha Spa and the Nairobi Serena Hotel can be found on our main website at Simon and Baker Travel Review.