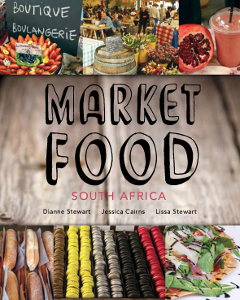 Following the explosion of local markets and the emergence of talented foodie entrepreneurs, Dianne Stewart and her two daughters, Lissa Stewart and Jessica Cairns, felt driven to travel around South Africa in search of the best market food. Two years later, in 2015, they published Market Food: South Africa (Bookstorm), a 167-page softcover book for tourists and locals. The book is divided into six sections: Find Your Local Market, Market Tastes, Market Meals, A Little Extra, Sweet Sensations, and Thirst Quenchers.

“Having experienced numerous food markets abroad, we knew that the world-class South African food markets were worth promoting,” Jessica Cairns said via email. “We visited markets nationally, in search of markets with their own unique personality and we sort after talented food vendors who were producing creative food of a very high quality. Market Food includes a directory of markets that we visited around the country and a diverse assortment of great market food recipes accompanied by the foodie entrepreneur’s unique stories. The book aims to promote the food markets and these talented vendors.” 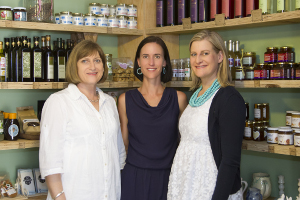 Their favorite part of the project Cairns said by email was, “Eating our way around the markets! Sampling the delicious food, chatting to the vendors to get the background to their food and how they ended up at the markets. Dianne and Jessica collated the vendors recipes and retold the vendor’s personal stories while Lissa had the task of capturing the market atmosphere and the delicious food through the photographic lens.”

The biggest surprise? “The depth of the talent at these markets and the diverse personalities of each market- some tucked away in bustling harbour precincts, others on lush wine estates, in parks or inner-city warehouses,” Cairns said.

The three continue the promotion of food markets and talented food vendors on their website and social media channels (marketscoop.co.za) where they feature an updated national market directory (each market has its own page with photographs, maps and opening times), scoops of what is happening at markets around the country and the personal stories of some of the vendors they meet at the markets. Dianne Stewart is author of 30 books, Jessica Cairns is a former international banker, and Lissa Stewart is a food photographer. 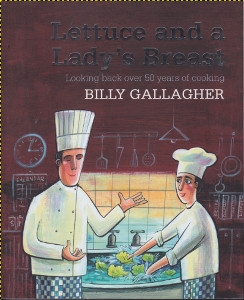 Lettuce and a Lady’s Breast

In Lettuce and a Lady’s Breast Looking back over 50 years of cooking Billy Gallagher (Billy Gallagher and Associates) outlines the highlights of his culinary life from his roots in the United Kingdom to South Africa. He shares insights from his personal life, his life as a chef as well as his work with the South African Chefs Association (SACA) and the World Association of Chefs Societies (WACS). The 330-page softcover book, published in 2015, is divided chronologically. It is peppered liberally with black and white and color images and photos. 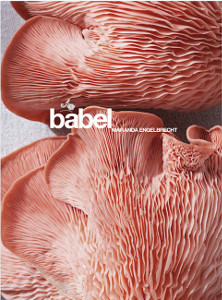 Babel (Babylonstoren) by Maranda Engelbrecht is a 237-page softcover oversize book published in 2013. The visually appealing book has full color photos of the produce and meals from Babel, its namesake restaurant located within Babylonstoren, a relatively new produce farm lovingly established and nurtured in a former cattle farm, in South Africa’s Winelands region near Cape Town. 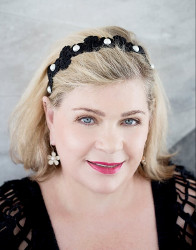 The self described food stylist’s affection for presentation is evident in the page size photos of plants and dishes served at the restaurant as well as the restaurant itself. Many of items on the restaurant menu are routinely made from products grown on the farm and its environs. The book is available for sale at a large shop on the farm. 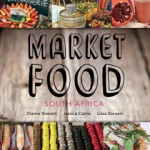 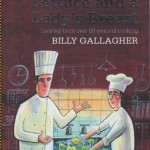 and Lettuce and a Lady’s Breast 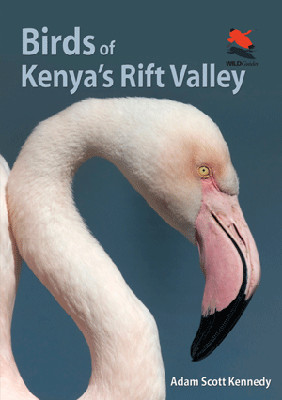 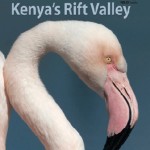 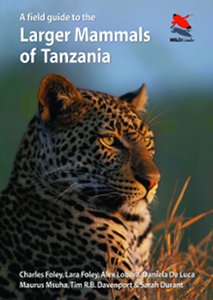 *A Field Guide to the Larger Mammals of Tanzania

Safari goers headed to Tanzania may be interested to know that a new field guide highlighting 135 species of larger mammals (60 percent of mammals identified in Tanzania are rodents, bats and shrews), ranging in size from the hedgehog to the humpback whale, was published. The East Africa country is best known among game viewing and nature enthusiasts for the Serengeti National Park, Ngorongoro Crater, and Mount Kilimanjaro.

Part of the WildGuides, A Field Guide to the Larger Mammals of Tanzania (Princeton University Press, $29.95) by Charles Foley, Lara Foley, Alex Lobora, Daniela De Luca, Maurus Msuha, Tim R. B. Davenport and Sarah Durant is a 320-page paperback book published in 2014. It includes 300 color illustrations and 140 maps. The book is the second in the Wildlife Conservation Society (WCS)-Tanzania Programme field guide series. Author royalties from the book are to be donated to the Wildlife Conservation Society to support the Tanzania Carnivore Project or other wildlife projects in the country.

Forty percent of Tanzania’s larger mammals are strictly or mostly nocturnal, requiring night drives or walks for optimum viewing. The authors recommend red colored filters during those hours.
For land animals there is information on identification, subspecies, similar species, ecology, behavior, distribution, conservation status, and where best to see each type of creature. The conservation status categories are: Critically Endangered, Endangered, Vulnerable, Near Threatened, and Least Concern. There are also plates with side-by-side photographic comparisons of species that are easily confused, and first-time-ever species checklists for the national parks. 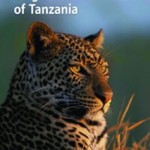 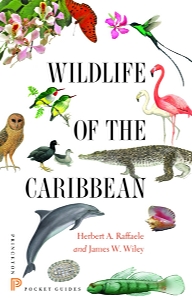 Wildlife of the Caribbean

In Wildlife of the Caribbean (Princeton University Press, $19.95) a 304-page softcover book published this year, Herbert A. Raffaele, a wildlife conservationist, and James W. Wiley, a researcher of ornithology, explore nature in The Bahamas and the Caribbean: Cayman Islands, Greater Antilles, Lesser Antilles, and Virgin Islands. Color tabs identify each section for easy reference. An introductory section addresses the region, its geography and conditions. The remainder of the book is divided by type of grouping. 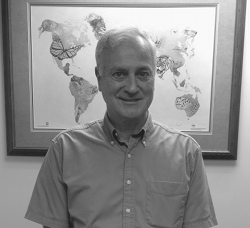 Raffaele directed wildlife conservation at the Department of Natural Resources in Puerto Rico, and was chief of Latin American and Caribbean programs for the United States Fish and Wildlife Service. Since 1972, Wiley has worked in ornithological research in the Caribbean. The two are coauthors of Birds of the West Indies. 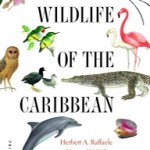 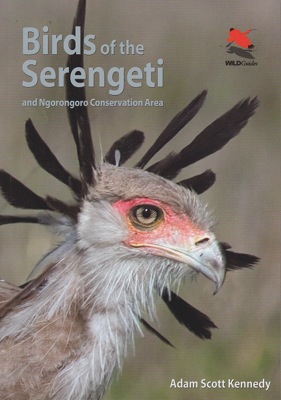 Birds of the Serengeti

A good bird field guide is a superb addition to a safari. Many game viewing destinations offer optimum bird viewing. While the feathered creatures are often overlooked by first time visitors to Africa who are preoccupied with the ever popular search for the Big Five, bird viewing presents its own worthy challenges and rewards worth exploring.

Travelers to Tanzania interested in bird viewing may want to have a copy of Birds of the Serengeti and Ngorongoro Conservation Area (Princeton University Press, $20.93) by Adam Scott Kennedy. The 224-page softcover book published last month features 480 color photos, many of them by the author, of 264 species of birds. Images include breeding and non breeding plumage.

Kennedy and his wife, Vicki Kennedy, are private wildlife and photography safari guides. Prior to that they were managers of remote luxury safari camps in Tanzania and Kenya. They are coauthors of Animals of the Masai Mara (see New Masai Mara bird book available). 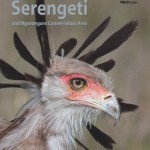 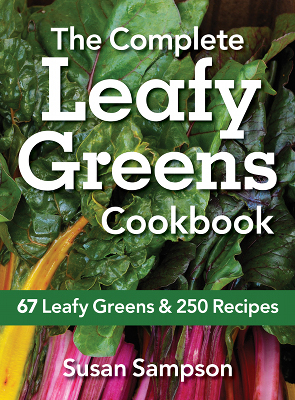 According to many reputable sources, leafy greens such as collard greens, kale, Brussels sprouts, Swiss chard and their kin are at the heart of a healthy and nutritious regime. For us, purchasing, identifying and eating greens has proved challenging at times. Becoming familiar with the different varieties and how to buy them was a first step. Next, knowing how to eat them to their best advantage requires additional effort and knowledge. Sometimes they are bitter, chewy or tough in their raw state. Other times they’re boring. Some leafy greens need preparation to become palatable. We turned to The Complete Leafy Greens Cookbook 67 Leafy Greens & 250 Recipes (Robert Rose, $27.95), a newly published cookbook by Susan Sampson, for information and recipe ideas. 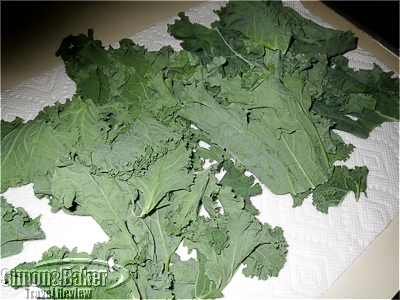 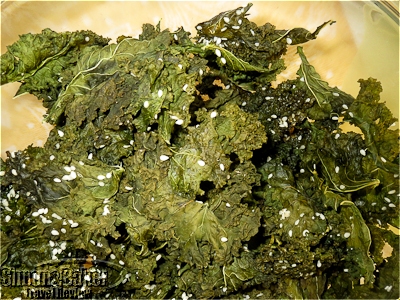 The Complete Leafy Greens Cookbook is a softcover 480-page book filled with nutritional information, easy to read recipes and color photos. The leafy greens we wanted to learn more about were collard greens, baby bok choy and kale. 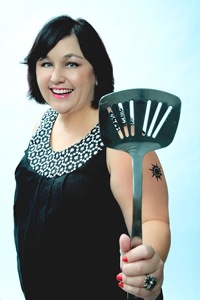 For example, we had been eating kale crisps for a while when we first came across the Cookbook. Its kale crisps recipe was similar to the one we were using. One of the options suggested in the book was to add sesame seeds. We tried it and liked it. The sesame seeds add a crunchy nutty flavor to the crisps and a twist to the everyday plain crisps. 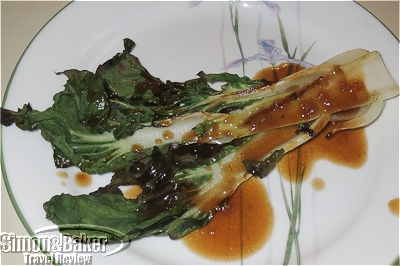 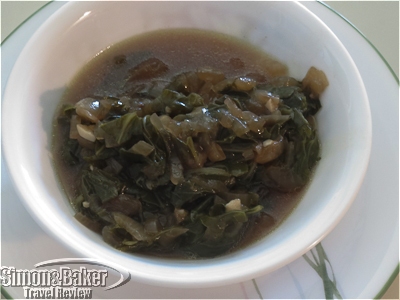 We also sampled the Kaleslaw recipe. It required relatively little time and offered yet another way to supplement our diet with nutritious kale. The Old School Collard Greens were delicious (we used beef broth). Next, we tried the Baby Bok Choy with Soy Glaze recipe which required Shaoxing cooking wine. We grilled the baby bok choy on the barbeque grill instead of cooking it in a bowl as the recipe indicated. It was quite nice although the leaves were a bit chewy. Next time, we’ll slice the large ones into quarters instead of halves. The soy glaze seems promising to use in other dishes to add a dash of flavor. Although we excluded pepper, chili paste and spicy hot condiments from the recipes we prepared we liked them. They were all worth repeating. 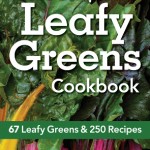