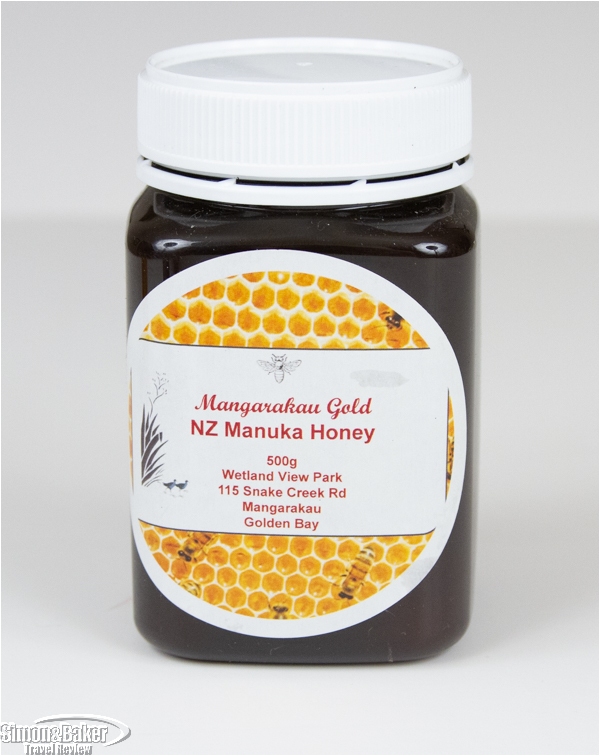 My favorite manuka honey was Mangarakau Gold from Westhaven Retreat

Soon after I arrived in the South Island of New Zealand for an Intrepid tour I sampled a spoonful of dark brown crusty honey with a hint of bitterness that captured my interest. It was an inconspicuous self sampling of Mangarakau Gold from an open container at the reception desk at Westhaven Retreat that made me stop and pay attention to New Zealand’s claim to honey fame, manuka. I bought a jar. I had passed by honey products advertised in many places in Christchurch before that. I have sampled many honeys over the years. This tasted special.

I bought a small jar of manuka honey at a health food store in Lyttleton near Christchurch in the South Island. The honey I bought at Westhaven, labeled Mangarakau Gold, is in a plastic jar. At 500 grams it is the largest of the three and my favorite despite (or perhaps because of) its hint of bitterness. The second honey, labeled Rochfort Downs, is in a 250 gram plastic container. Aotea, the store bought honey, is in an 80 gram glass jar. According to the label, it was processed by hand from hives on Aotea Great Barrier Island. It includes a batch number. There was no response to emails at the Aotea honey address. The Rochfort Downs and Aotea labels indicate they have 300+ MGO. 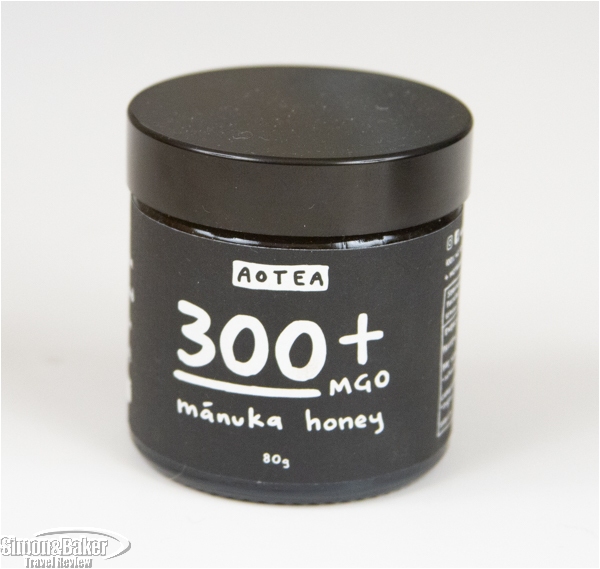 I bought a small jar of manuka honey at a health food store in Lyttleton.

Once home I tried the Westhaven honey as well as honey from Birds Ferry Lodge, clover honey from Cabot Lodge and the Aotea honey. Each one is distinct and slightly different from the others. This is especially the case with the Cathedral Peaks Honey, because it is clover rather than manuka honey, from Cabot Lodge. It was harvested by one of the owners on the 2,000 acre property. As their regular product was not ready for the public they kindly shared a 100 gram bottle (labeled Meant to B) from their recent wedding.

When I asked them about their honey they replied, “Brad’s family is heavily involved in agriculture and horticulture, his great grandfather was a prize ram breeder, his father is a large avocado and capsicum grower and his uncle is a beekeeper. For a while Brad left behind his agricultural roots to pursue a corporate career, but he always felt something was missing. One night he rolled over in bed and told me he wanted to become a beekeeper. I thought he was joking, as at that time we lived in the middle of Auckland City. He borrowed a few beehives from his father, and began to learn the art of beekeeping. Within six months he was determined to make it a career, and within 12 months we had packed our bags, moved to the other end of New Zealand to my parents farm, and Brad purchased 75 hives to begin his beekeeping dreams.” 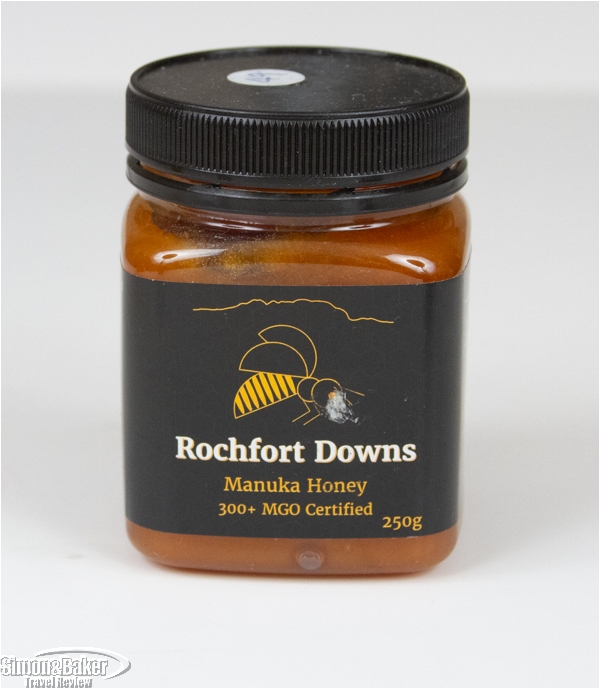 The Rochfort Downs honey in a 250 gram plastic container

Although I sampled the original manuka honey several times and the others I picked up on that trip I can’t put my finger on what it is that I like about them. In the end I decided to stop trying and savor the flavor along with the pleasant memories of my trip to New Zealand the honey evokes.

People I spoke with on my journey explained that manuka is known for its healing properties, wound healing in particular. Online resources tout its benefits for oral health, sore throat, digestive issues and other conditions (see 7 Health Benefits of Manuka Honey, Based on Science by Kaitlyn Berkheiser, a registered dietitian, published March 29, 2018 on Healthline.com) and a honey expert I spoke with support the concept. 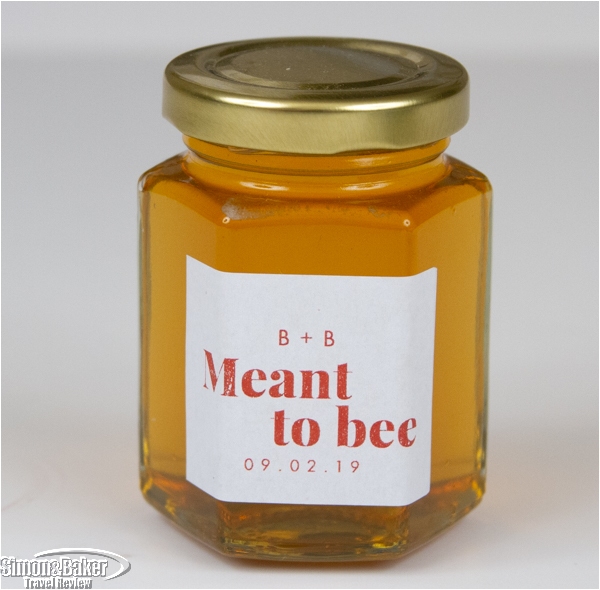 While stateside honey is considered only a natural sweetener, not a drug, some believe honey, and manuka honey in particular, has healing properties. It has apparently been successfully used to treat wounds. Michele Colopy, program director, Pollinator Stewardship Council, an Akron, Ohio non profit organization, confirmed that credible sources describe manuka honey as having high concentrations of methylglyoxal (MGO), an antimicrobial and antibacterial naturally occurring substance described in the manuka honey bottles. Some believe that the higher the MGO concentration the greater the healing power of the honey.

She clarified that any honey, even those described as monofloral (made from a single type of flower such as orange blossom or lavender, for example), is the product of more than one type of flower. Bees get bored, and, it’s unhealthy for them to rely exclusively on a single plant source for nutrients, she explained by phone. 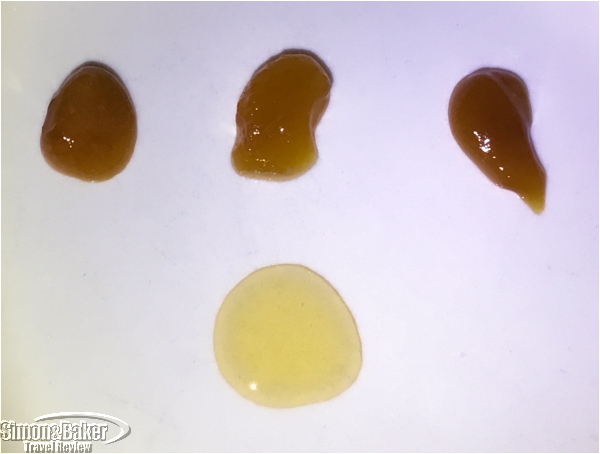 All four honeys I sampled where from small producers. Unless I return to New Zealand for another visit it will be difficult to buy more manuka honey from those small producers. The good news is that since my return home I have noticed many local stores have New Zealand manuka honey. Should I run out it will be easy to buy more even if it’s likely to be from large commercial producers. The honey I have left (more than I will eat in a year) will keep forever. Michele pointed out that honey never spoils. It would be possible to eat honey from the Egyptian tombs without any ills effects, she said. While I have no (immediate) plans to test honey from tombs for now I’m happy to occasionally enjoy a spoonful of thick liquid sweetness harvested by New Zealand honey bees. And if the honey includes healing benefits the better.