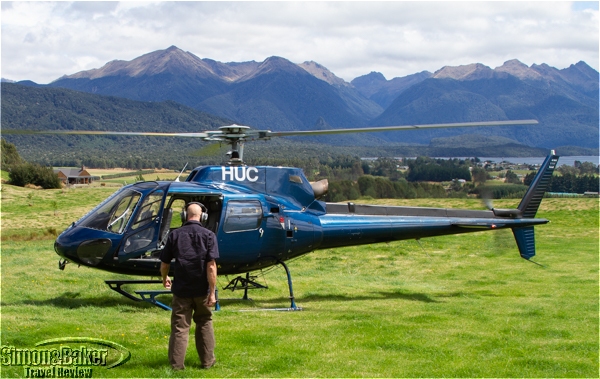 One of the activities I most remember from a trip to New Zealand this year was a 60-minute Doubtful Sound Gold Star Flight. Although it was originally supposed to be the twice as long Dusky & Doubtful Sound flight poor weather caused it to be severely shortened. To say the flight was bumpy is an understatement. Because of the conditions in the sky everything was gray and wet. Despite that the scenery was magnificent in every direction. From my window side seat I saw oversize natural beauty with no sign of human habitation as far as my eyes could reach. It was one of the highlights of my Intrepid tour in the South Island. 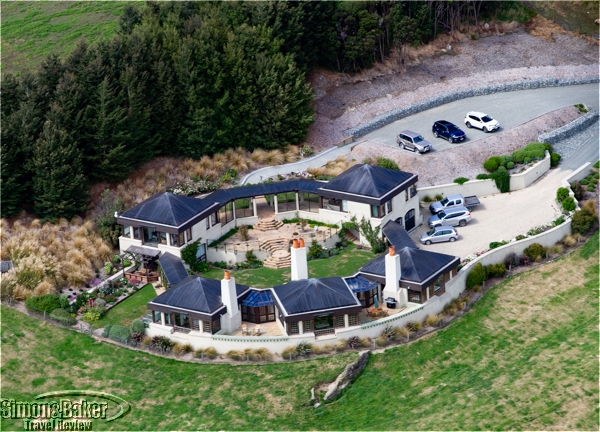 The helicopter picked us up at Cabot Lodge, where I was staying 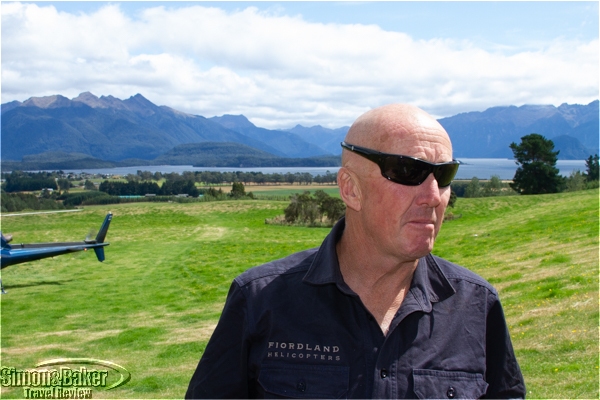 With the arrival of the storm I had become convinced my only chance to see the famed Fiordland National Park would vanish. According to Fiorland.org, the park is over 1.2 million hectares large, and encompasses mountain, lake, fiord and rainforest environments. Due to the remote location and my tight itinerary it wouldn’t have been possible to reschedule the flight. When my guide described the weather the day prior to the flight I crossed my fingers that we might have a chance to see the park. After two or three delays I figured it wouldn’t happen so when the chopper landed on the green lawn of Cabot Lodge, where I was staying, I was elated. 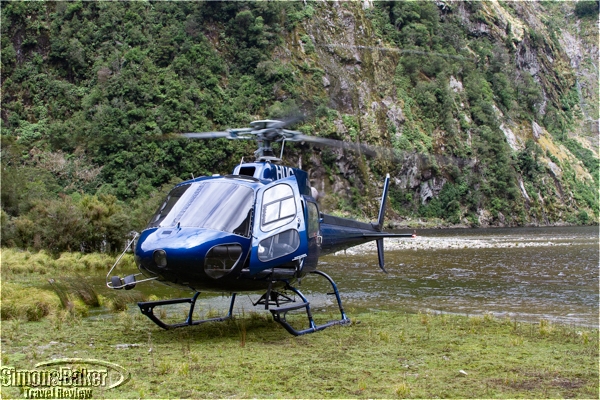 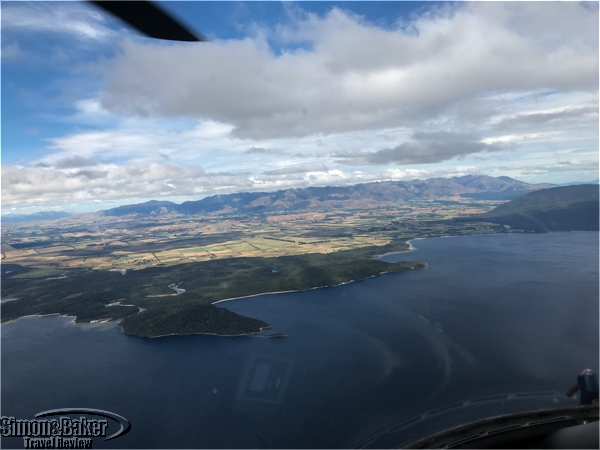 Minutes after Veronika Vermeulen, my guide, and I rushed out to meet Kim Hollows, chief executive officer and founder of Fiordland Helicopters (K.E. Hollows Ltd, 6 Milford Crescent, Te Anau 9600, New Zealand, +64 (0)3 249 7575, www.fiordlandhelicopters.co.nz, info@fiordlandhelicopters.co.nz) we were airborne. Given the turbulence I appreciated that as we departed our pilot said little beyond an initial greeting and boarding instructions. His quiet and energetic demeanor inspired confidence. Kim’s attention was on flying that day. Mine was on the view and taking photos while praying that my stomach would keep it together until we returned. 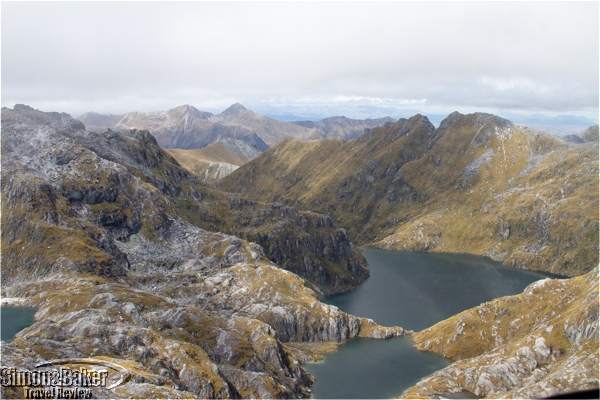 The highlight of the flight were expansive views of Doubtful Sound, the second largest of the fourteen fiords in the park. Since Doubtful is not as popular as it’s sister fiord Milford Sound, the  the flight was meant to make visitors feel “like you are alone in the middle of nowhere.” It did. I’m not sure when we crossed the main divide. I remember the tall unnamed waterfall in the hidden valley of Campbell’s Kingdom because it was the only place we landed. We flew in a late model AS350 B2 Squirrel. The company declined to disclose the hours flown or the year of manufacture “due to privacy.” The aircraft could accommodate up to six passengers with a maximum internal weight of 650 kilos. 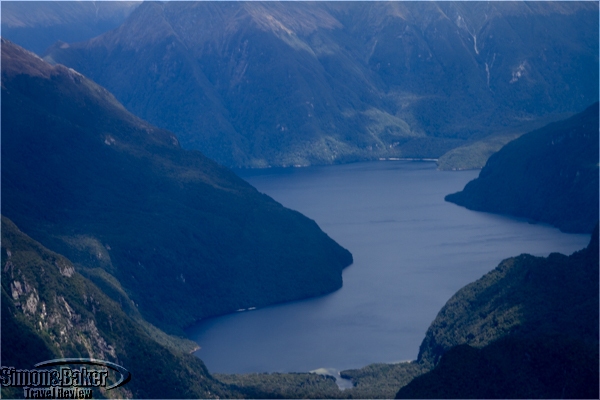 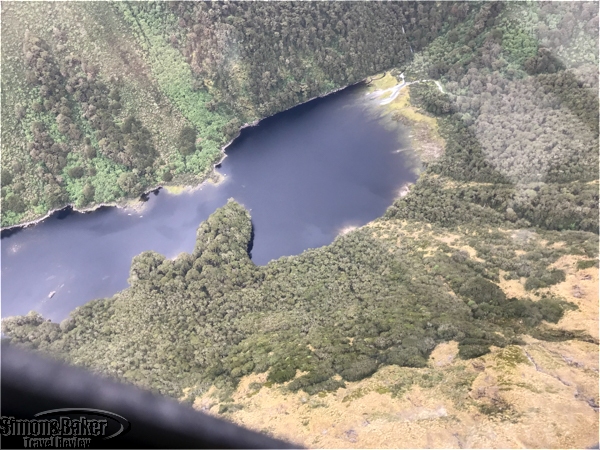 The scenery was awe inspiring.

Kim obtained his commercial pilot’s license in 1980. Although he has flown throughout New Zealand he has spent most of his air time in the lower South Island and Fiordland, according to a staff person at his office who later responded to questions via email. In addition to scenic helicopter flights he has been involved in deer recovery, commercial helicopter operations, filming, photography, and work for the Department of Conservation. He founded K.E. Hollows Ltd, now known as Fiordland Helicopters, in 1986. The spokesperson indicated the company’s safety record was impeccable. Relying on his vast knowledge and passion for the region he made Ata Whenua – Shadowlands, a film that shows daily at the Fiordland Cinema nearby. The owners of Cabot Lodge kindly made it available so the other lodge guests and I could watch it on my return from the flight. The clear weather conditions showcased in the film made me further appreciate the awe inspiring scenery. Should I return to New Zealand I would love to include the Dusky & Doubtful Sound flight in my itinerary. I will recommend it to friends traveling to the South Island.