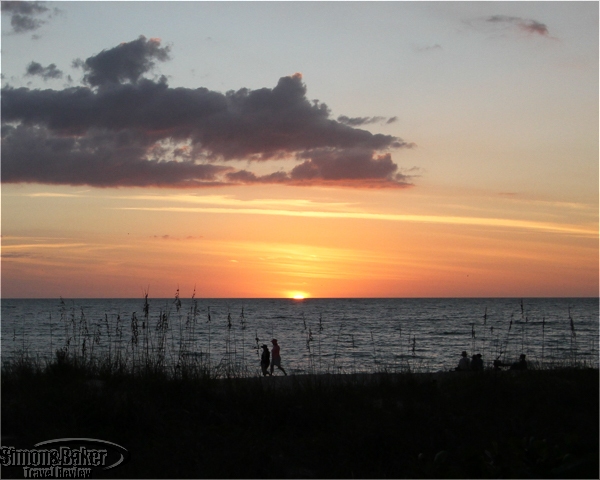 Sunset over the gulf on Anna Maria Island

For some reason I had it in my mind that Anna Maria Island, an island with three distinct municipalities off the coast of Bradenton, Florida, would be a sleepy relaxed vacation place. Sleepy it was not. We visited during the low season and it was bustling with people (and some pets), especially on the wide white sand beach. While there was a permanent resident population (1,814 residents and 1,098 single family homes in the City of Anna Maria, according to its website) the island was highly touristy. The density of houses and number of new construction projects surprised us. 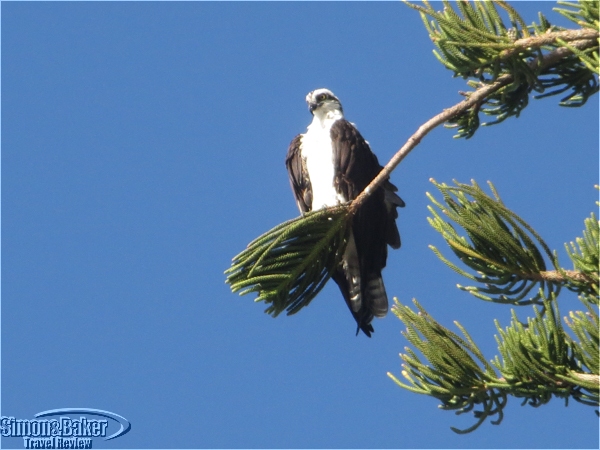 Although we walked the length of the beach from north to south and south to north, we spent the majority of our time in the north end of Holmes Beach and the City of Anna Maria. Both were more residential than commercial as well as quieter and less crowded, by comparison, than the south end of Holmes Beach and Bradenton Beach. Visitors and residents made their way around the island on foot for short distances. Cars, golf carts and a complimentary trolley (a full size air conditioned bus when we were there) with frequent stops over most of the island shared the few roads. A favorite option was to ride the trolley to the end of the line on the southern tip of Anna Maria Island, and walk along the beach all the way north or to our beachfront rental. We also walked south and returned via the trolley, but it meant facing the hot sun for most of the walk south so we preferred riding the trolley south and walking north. 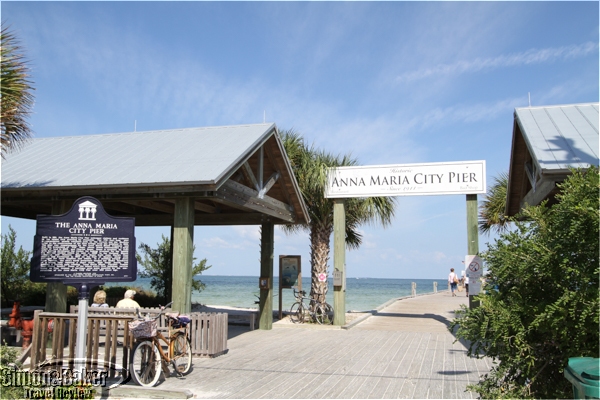 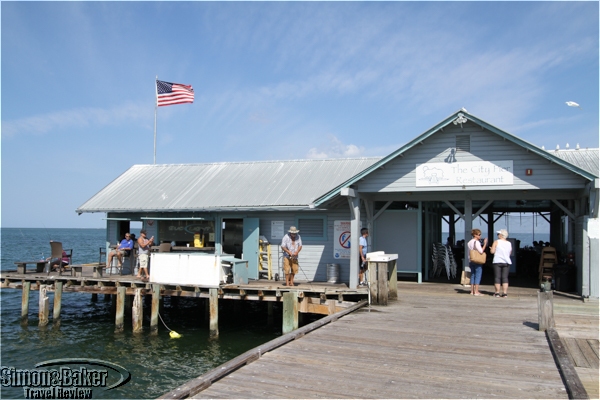 In the City of Anna Maria, we liked Pine Avenue for window shopping. The Anna Maria City Pier, on the east end of Pine Avenue, was fun of people watching and strolling. From the pier we could see the mainland in the east. And below the surface the water was so clear we could see fish and pale sand at the bottom. At the end of the pier, people with a variety of regional accents, some speaking European languages, fished contently. We especially appreciated that the entire city was a bird sanctuary. 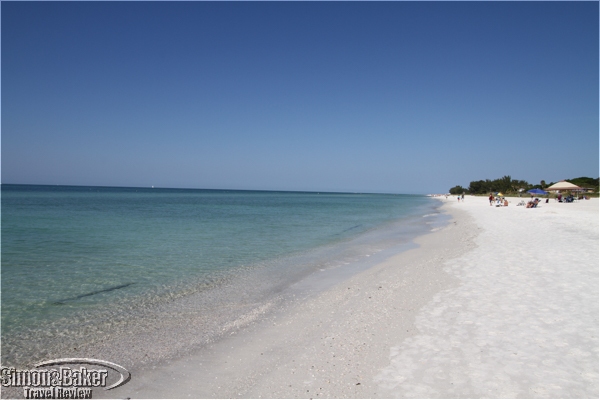 The water was clear and inviting

For a sweet treat there was Hometown Desserts (507B Pine Avenue, Anna Maria, Florida 34209, +1 941 896-3167), a tiny shop off Pine Avenue, the main road, where I bought cookies, key lime pie, cup cakes and coconut macaroons (a gluten free option). For an alfresco lunch we liked The Waterfront Restaurant and Craft Bar (111 South Bay Boulevard, Anna Maria, Florida 34216, +1 941-778-1515, https://thewaterfrontrestaurant.net/, info@thewaterfrontrestaurant.net), across the street and half a block south from the pier. It offered friendly service and seating indoors and on a shady outdoor deck facing the bay. It was popular on weekends. We had to wait an hour Friday afternoon for a table on the covered terrace. 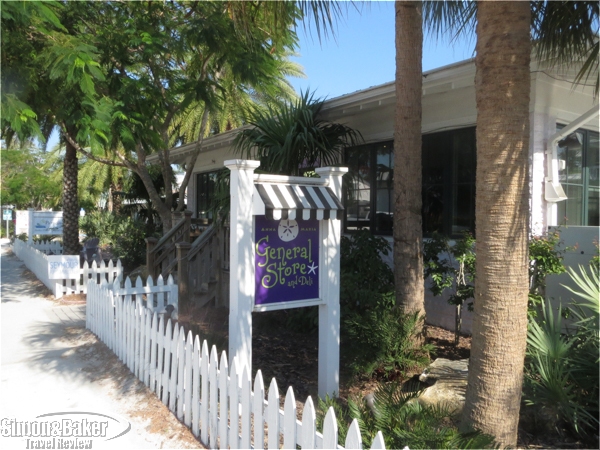 In general, the firm white powdery beach was our favorite feature on the island. In the predawn hours and as the sun was rising many people walked and jogged along the shore. Despite the wide beach it felt crowded at times yet it was pleasant and surprisingly clean. As the sun advanced in the sky more beach lovers arrived with chairs, umbrellas and snacks to settle in for a several hours. Few went in the clear chilly water. Some collected seashells or made sandcastles. Later as the sun waned a batch of sun lovers made their way to the seashore to catch a glimpse of the sunset. Waiting for the golden orb to dip beyond the horizon became one of our daily treats. 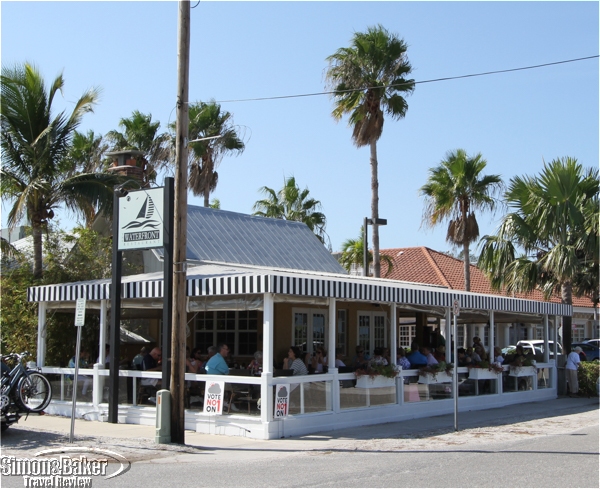 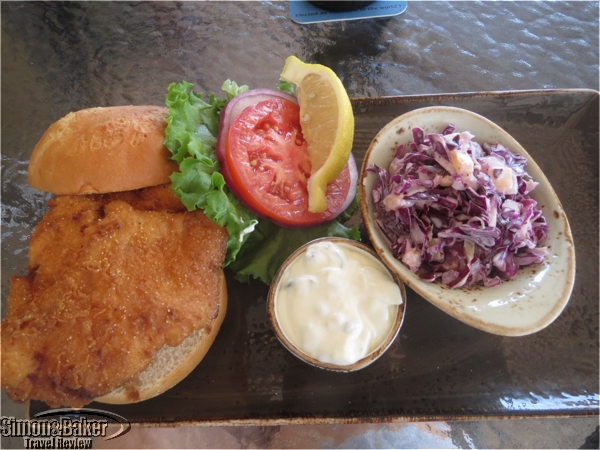 Our stay on Anna Maria Island was pleasant and worth repeating. I would return to the City of Anna Maria and Holmes Beach for its pretty white sand beach, relaxed resort style ambiance, upscale accommodations and natural setting.