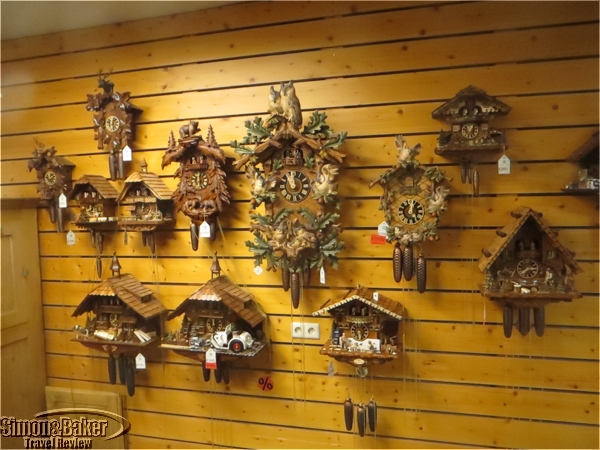 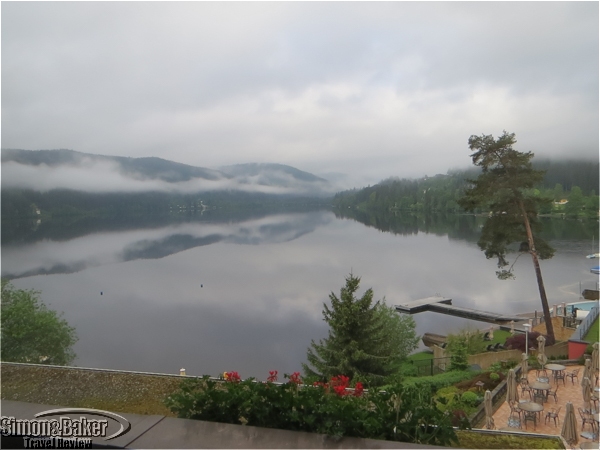 A typical dreary day by Lake Titisee during our visit

We planned our week long trip to the Black Forest Highlands in Germany months in advance with the expectation that a spring itinerary would reward us with dry and sunny weather. Instead it our visit in June 2016 was far wetter, colder and foggier than we had anticipated. It rained on and off most of the day every day during our whole stay in the area, forcing us to revise our plans entirely. In lieu of trekking on mountain tops and cable cars we spent our days in our hotel room waiting for the rain to stop or remained indoors, dining, in museums, and churches for the duration of our visit. 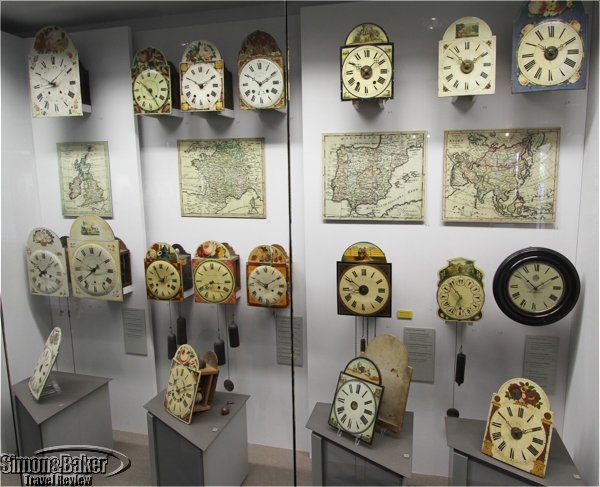 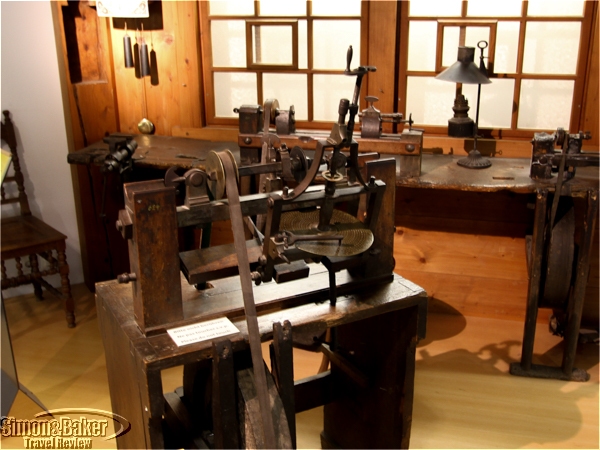 We replaced nearly all our outdoor activities with indoor ones. The two lane mountain roads, slick from the rain and filled with impatient drivers, did nothing to improve the situation. In the end, we made the most of the situation, exploring as best as possible in moments of respite from the constant showers. We seldom encountered English speakers or materials in English, making it necessary for us to rely on our guide frequently to translate menus at restaurants and information sheets at attractions. 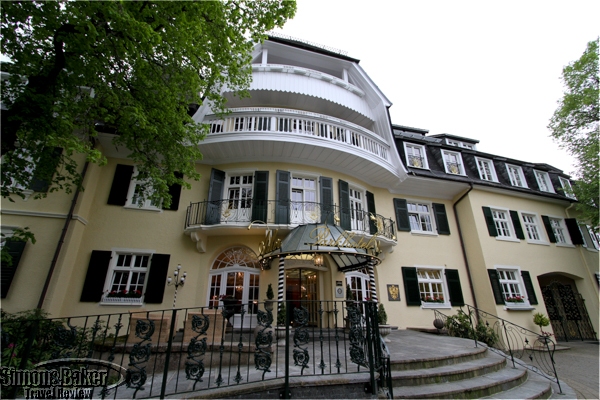 From the airport we drove to the Parkhotel Adler in Hinterzarten. It was the most luxurious of the properties we visited that trip. I spent time at Hoffmann Beaute & Physiontherapie, its serene spa. Because of the cool temperatures and showers I was thankful for the property’s underground hallways that connected its facilities and provided us indoor access to the hotel spa and restaurants in adjacent buildings. 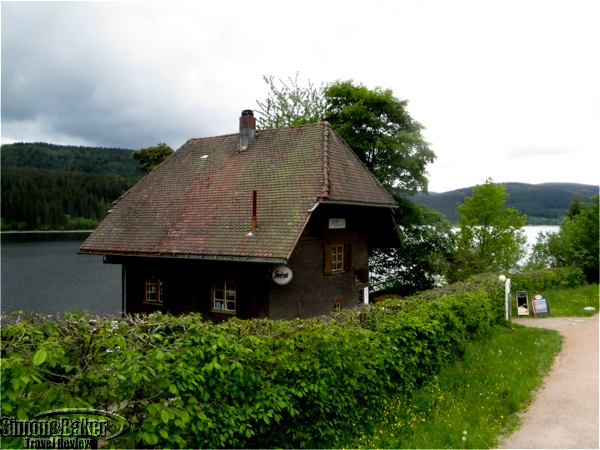 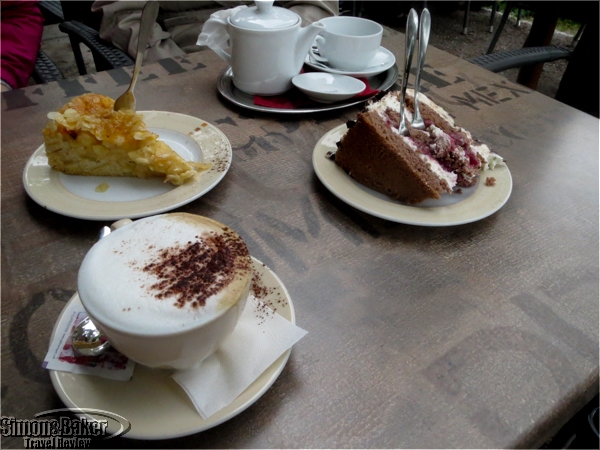 We had Black Forest cake, strudel cake and cappuccino by the lake

The first attraction we visited was the Deutsches Uhrenmuseum (German Clock Museum at Robert-Gerwig-Platz d-78120 Furtwangen, +49 7723-920 2800, deutsches-uhrenmuseum.de) northeast of Freiburg. It was a fun way to spend the morning and learn about the history of clock making in Germany. 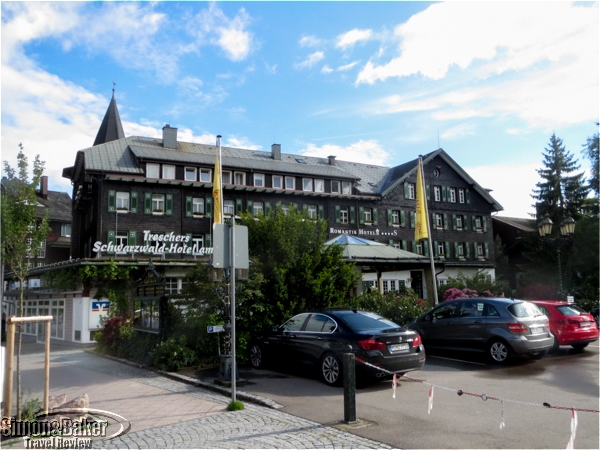 We spent the weekend at the popular Treschers Schwarzwald Romantic Hotel

One afternoon, to satisfy our sweet tooth we stopped at the Seecafé (Im Wolfsgrund 26, 79859, Schluchsee, +49 76 56/98 88 97), where we indulged in hot beverages and huge slices of regional specialties such as Black Forest chocolate cake. Despite the chilly temperatures we enjoyed the Schluchsee lakeside setting and terrace seating until a steady flow of raindrops forced us to leave. 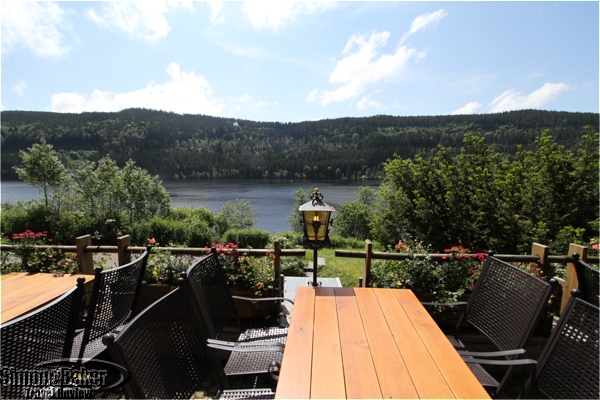 In the Lake Titisee area we stayed at two family owned properties. We spent the weekend at the popular, lake fronting Treschers Schwarzwald Romantic Hotel (see Our weekend stay at Black Forest lake front hotel with spa) with a spa in the highly touristy town of Titisee. When our rental apartment plans fell through the friendly owners and staff at the charming and lovingly built Boutique-Hotel Alemannenhof squeezed us in at the last minute without hesitation. The hotel, the Drubba Monument Shopping stores on the pedestrian street in Titisee, and the Hofgut Sternen hotel and adjacent shops were the property of the enterprising Drubba Family. It was at one of their shops where we watched a demonstration about the making of the famous cuckoo clocks. At another we caught the end of a glassblowing demonstration. Their hillside property was a favorite for its Lake Titisee views and foodie orientation. 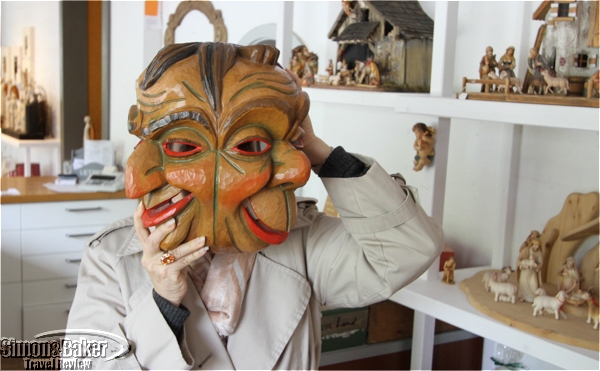 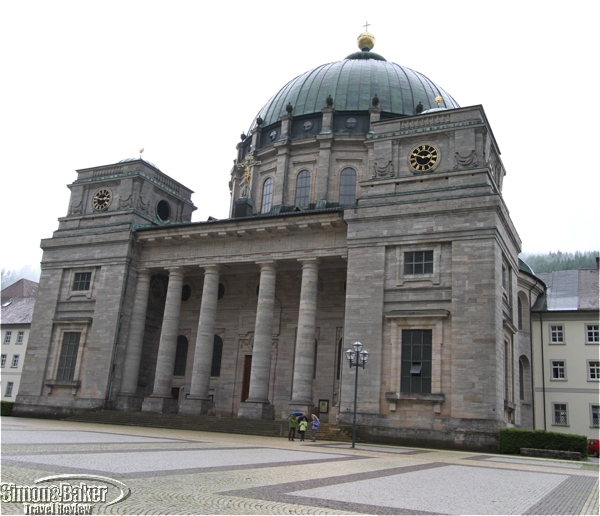 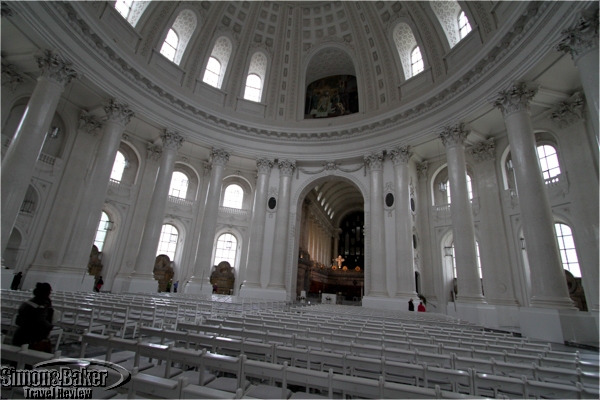 The interior of St. Blasien Cathedral 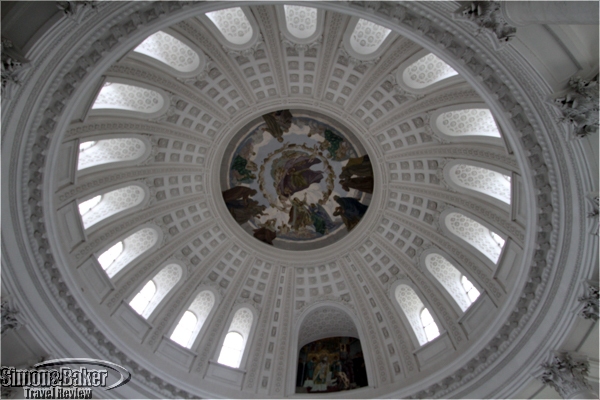 We visited several churches while in the Black Forest Highlands. Salient among them for sheer size and the determination of its builders was St. Blasien Cathedral, a pretty and lovingly maintained structure 36 meters wide and 62 meters high. The early classical cupola is the largest of its kind north of the Alps. 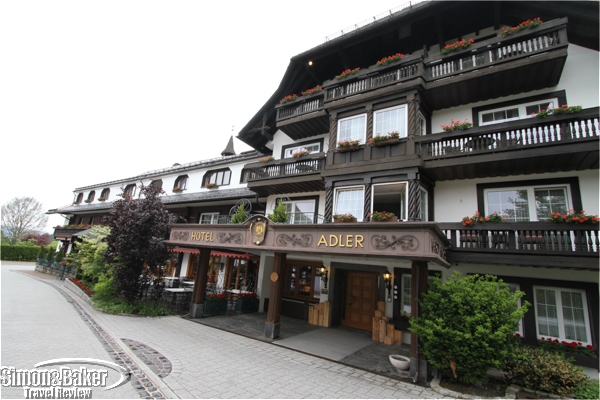 Our final nights were at the Hotel Adler in Häusern 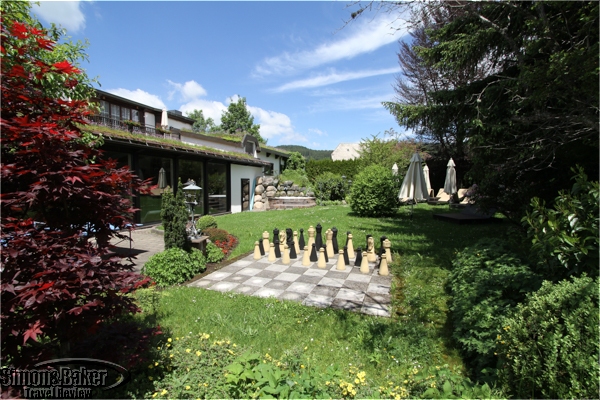 Our final nights were at the Hotel Adler in Häusern, where we dined at the hotel’s gourmet restaurant (see Dinner at Black Forest Highlands gourmet restaurant). We would recommend the Black Forest Highlands to friends who speak German or don’t mind seeking translations, like moderate luxury in a heavily touristy area with authentic regional cuisine, enjoy mountainous landscapes and the outdoors, and are able to change plans in a hurry if the weather turns ugly. 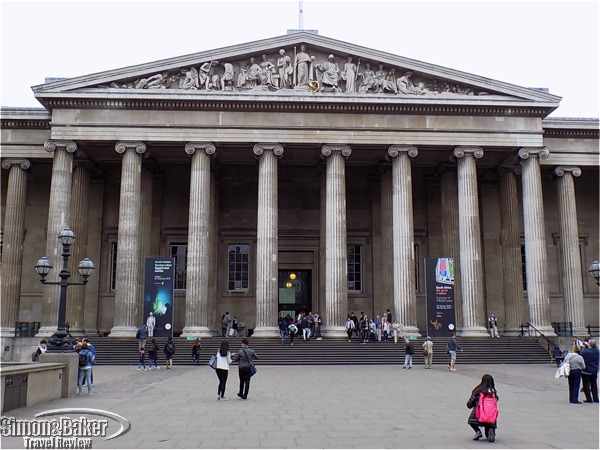 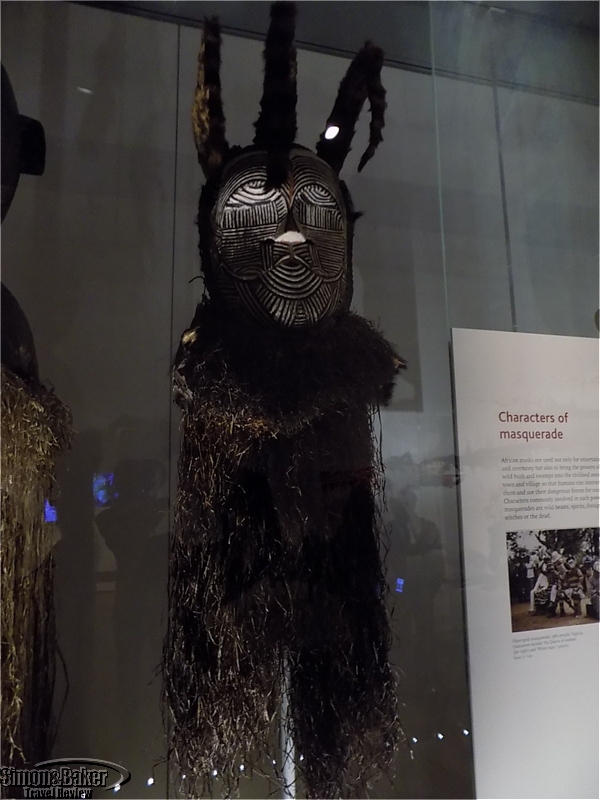 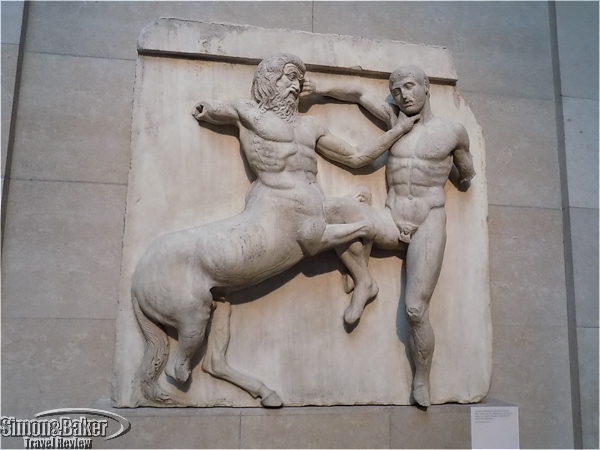 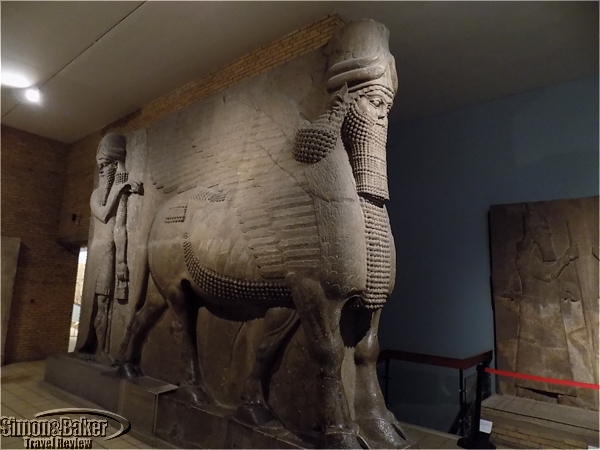 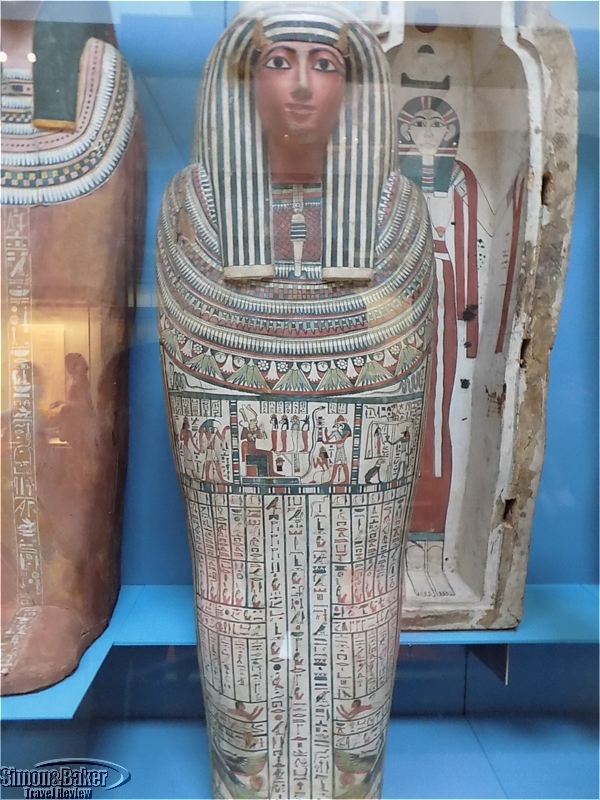 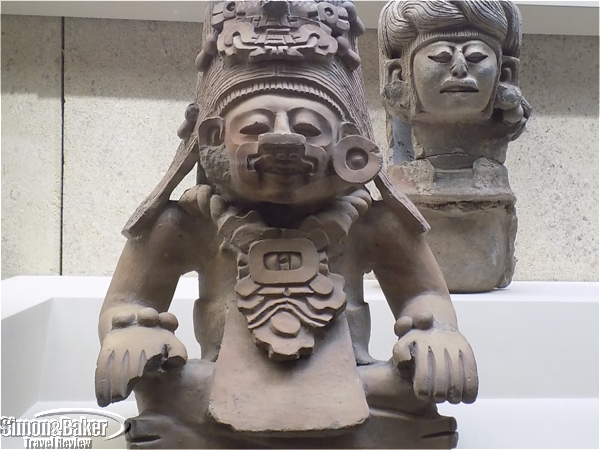