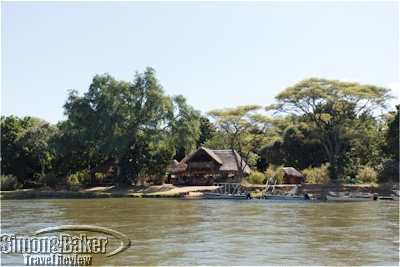 My husband and I had high hopes that Chiawa Camp, a tented property in Zambia‘s Lower Zambezi region, would provide us a premiere safari experience based on the property’s awards and recognition. Soon after our arrival we discovered the camp, situated on a picturesque riverbank in the Lower Zambezi National Park, offered outstanding game viewing, luxury camp accommodations, and excellent cuisine and service. We also learned that Chiawa had another side. Its founders, Dave and Grant Cumings, a father and son team, participated in the fight against poaching. While staying at the camp, we had a chance to chat with Grant about how it all began.

Back in the day, Dave used to take his son Grant on bush trips, exploring east along the Zambezi River. Eventually they arrived at Chiawa’s current location and found themselves going back for repeat trips. Sleeping under the stars and surrounded by amazing wildlife and geography, they believed the spot to be a magical place, and wanted to share it with others. They started taking friends and family on trips to the area. In time, the practice evolved into photo safaris with diplomats living in Lusaka. Through some convincing and lucky contacts, the governmental parks department awarded Dave and Grant a permit to build a semi permanent camp in the Park. 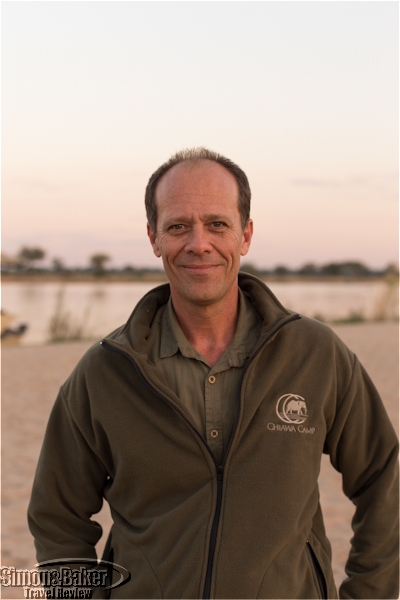 At first things were difficult. Zimbabwe is just on the other side of the river, and the civil war saw a lot of guerrilla activity in the region long before Chiawa’s existence. Soldiers from both sides would frequently fight on the Zambian side of the river. Eventually the conflict ceased, leaving a number of former soldiers in possession of firearms. With few opportunities to earn an income, many turned to poaching. Grant spoke poignantly of seeing his first butchered elephant as a young man, something that moved him deeply and motivated him to fight passionately for conservation.

The Cumings father and son team started to move against poachers, working with scouts to track, capture and turn them over to the authorities. It was dangerous work. To their dismay they uncovered evidence of corruption, which strongly suggested that some officials were in collusion with the poachers. On one occasion, Dave brought in a detective from Lusaka to break the poaching ring. A number of poachers were found and captured, and used rifle shells were gathered as hard evidence of poaching activity. However, the day after capture a detective said the shells had mysteriously been misplaced.
It quickly became apparent to them that the poachers had bought him off. Dave thought quickly on his feet, and in a moment of inspiration, responded that losing the shells was no problem since he had some extras (which wasn’t true). That tricked the detective into thinking that the prosecution would go ahead. During a tense showdown, the detective “found” the missing shells and the prosecution was able to proceed.

At the height of poaching, Grant and his team might come across 60 to 70 mutilated elephants each year, whereas now they might come across six to seven carcasses in the bush, most of them from animals that had died of natural causes. Grant and his father realized that capturing poachers was only half the story, education was also key. If poachers and the children of poachers could be made to understand that keeping those beautiful animals alive was worth more in the long run than killing them, then conservation efforts would be sustainable.

Through a serendipitous meeting with a Danish ambassador who drove into Chiawa Camp one day, Grant was able to secure Danish sponsorship and establish the Conservation Lower Zambezi Environmental Education Program.
A residential center, he explained, it strives to provide a wide variety of conservation and HIV/AIDS education to Zambians from all over the country. It also hosts the rigorous guide certification exams. The program, he said, has provided career opportunities for many locals, some of whom now work as guides at Chiawa. Grant explained that although poaching remains an ongoing battle to this day, it has significantly declined in the region thanks to the efforts of the Cumings family members and park scouts, and subsequently through Conservation Lower Zambezi, a charity they co-founded and of which Grant is a trustee and past chairman. 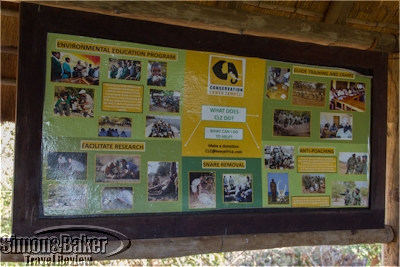 A bulletin board at the Conservation Lower Zambezi facilities

Grant’s conservation efforts are not yet done. His dream is that one day the black rhino might be introduced back into the Lower Zambezi National Park. He’s resigned to the fact that this isn’t possible just yet because they would present too tempting a target for the poachers. His hope is that over time this will change, through continued education and anti-poaching efforts.
It was a pleasure to meet Grant, an inspirational pioneer of conversation in the Lower Zambezi region. While we thoroughly enjoyed our luxury safari experience at Chiawa, what made it special was understanding firsthand the ethos of conservation that is so intricately intertwined in the history and current practices of the camp. We hope to one day return and see its continued conservation efforts evolve to preserve the natural beauty of the Lower Zambezi National Park.