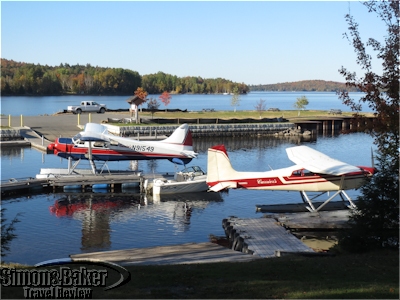 Currier’s Flying Service had a selection of amphibious aircraft

During a stay in the Moosehead Lake area in Maine we took advantage of the autumn picture perfect weather by going on a scenic flight. The Moosehead & Lobster Lake Air Tour offered by Currier’s Flying Service, Inc. consisted of an hour long scenic flight on a 1954 de Havilland Beaver seaplane, one of few such seaplanes still in commercial use in the United States. A two person minimum was necessary. 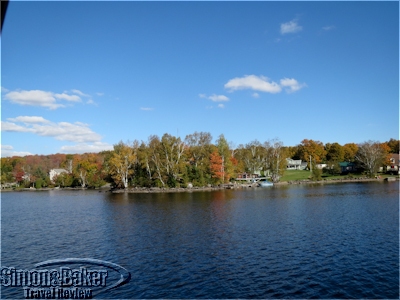 The shore of Moosehead Lake before takeoff

We departed from just outside of Greenville on the southern side of the lake, flying north along the Moosehead Lake’s eastern shore toward Lobster Lake then west past Mount Kineo and south again to our point of departure. In addition to our pilot, we shared the plane with a couple celebrating their wedding anniversary. 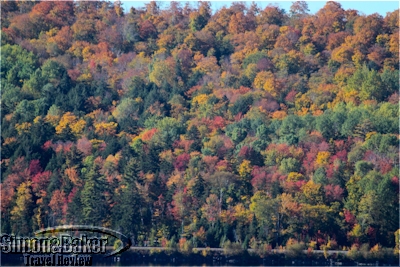 Fall colors from the air

Fall colors were beginning to spread along the canopy of tress across the lake area like a blossoming palette of colors on a painter’s canvas. The sun was reflected brightly on the water during our mid afternoon flight. 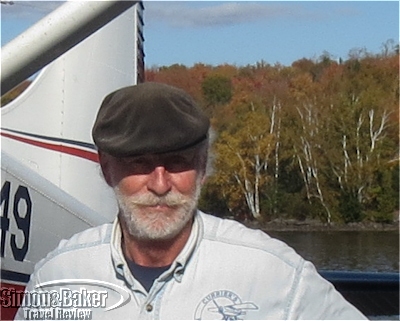 As we flew north we could see the small shadow our plane cast along our path. The time on the plane remains among my vivid memories of that trip. Should I return to that part of Maine I would take the tour again in a heartbeat.