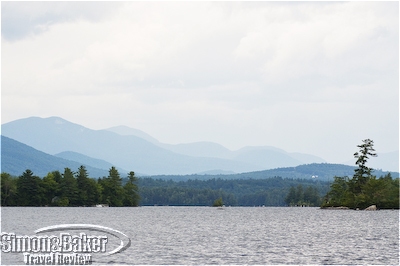 I took to the hills this past summer, and discovered one of northern New England’s best-kept secrets. A merciless heat wave had settled over the Boston area like a steamy wet blanket. There was no end in sight. Thoughts of the Lakes Region, in the southern foothills of New Hampshire’s White Mountains, were getting more compelling by the day. I became particularly intrigued by Squam Lake. A large lake (the second largest in New Hampshire), secluded within densely forested shores, a short two-hour drive from my urban Massachusetts home, and I had never heard of it? I was on my way to what became a deliciously relaxing summer break. 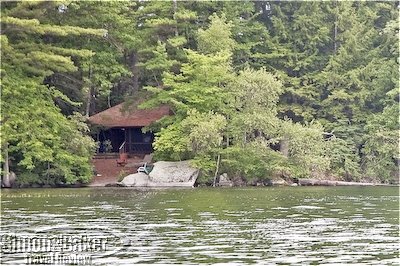 The house made famous by the movie On Golden Pond

As I soon found out, the lake has been a favorite retreat from the heat of the cities to the south for wealthy New England families for generations. A number of them built summer homes in the lush hills and shores around the lake as early as the second half of the 19th century. Some of these have remained private homes to this day, while others have become welcoming bed and breakfasts and country inns. One of the latter was the exquisite The Manor on Golden Pond in Holderness (the largest of the villages scattered around the lake), which I had the good fortune to call my home on the lake for this impromptu summer escape. 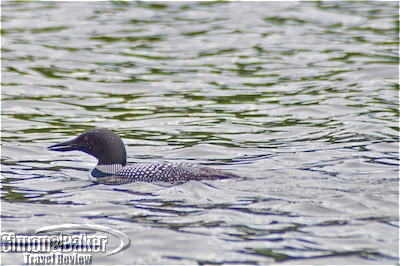 Loons are a frequent sight on Squam Lake

Nestled among groves of ancient pines and rolling lawns on a slope overlooking the pristine waters of Squam Lake, the property was originally built in 1904 as a summer home for wealthy British businessman Isaac Van Horn. At a time when industrialists were building ever more extravagant summer residences, Van Horn opted for an elegant country manor that reflected his English heritage. Over the past decade, its current owners Brian and Mary Ellen Shields have lovingly restored the graceful stucco and wooden shingles home to its timeless old world elegance, albeit with the latest modern comforts and an intimate gourmet restaurant, the Van Horn Dining Room. 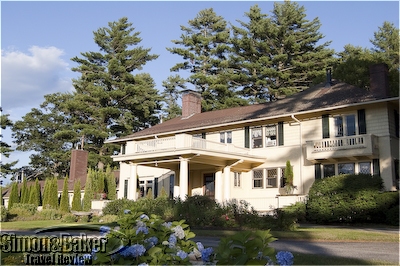 The Manor on Golden Pond

Another revelation was that I had previously heard of Squam Lake, under its Hollywood pseudonym. It was the setting for On Golden Pond, the award-winning 1981 film starring Katherine Hepburn and Henry and Jane Fonda. Little has changed on the tranquil lake in the past three decades, as I was able to ascertain on a memorable morning cruise with Cindy O’Learey, owner of Experience Squam, the only private boating excursion company on the Lake, aboard her slick 23 foot Sea Ray Bow-Rider. Captain Cindy has grown around her beloved lake; first spending her childhood summers there before permanently settling in Holderness with her own family. She was just a girl that summer thirty years ago, but old enough to remember every star studded instant of the filming. She took me past all the sights made famous by the movie. We stopped by the house, gazebo, fishing spots and the “jumping rock.” 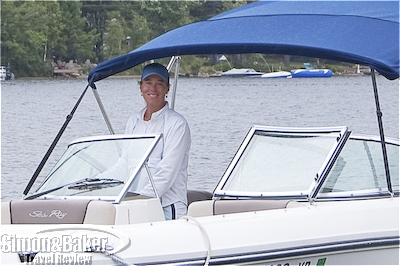 Captain Cindy O’Leary at the helm of her speed boat

Children were still shouting with glee as they hurled themselves into the water. We went by a boat dock, “where Jane Fonda did her back flip. And she did on her first try, “ Captain Cindy reminisced. We continued on to “the place where they crashed the boat,” and I got to hear all the details of how it was accomplished. We then left Hollywood memories behind and headed to remote coves where loons fished to feed their young, and juvenile bald eagles were experimenting with the dynamics of flight. 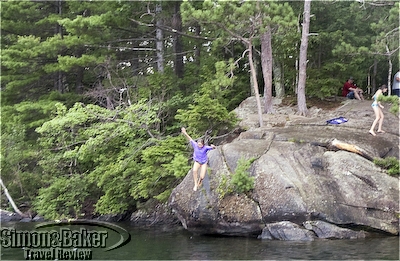 A jumping rock on Squam Lake

A family was picnicking under the trees on one of the lake’s tiny islands, their boat secured on a sandbox-size beach. I regretted that I hadn’t allowed myself enough time to plan for a wilderness lunch. Although it was over too soon, my morning with Captain Cindy remains to my mind the ultimate way to experience Squam Lake. Visit the Simon & Baker Travel Review to read more about Squam Lake, my stay at The Manor on Golden Pond and my dinner at the Van Horn Dining Room.