On safari in off the beaten track Tanzania 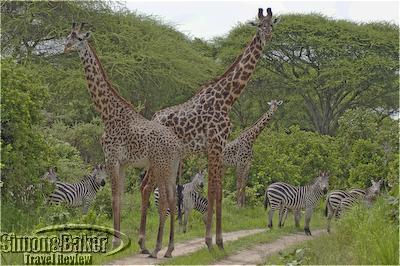 Zebras and giraffes are unconcerned by our presence

Tanzania is the largest country in East Africa, with a landmass of 342,000 square miles (885, 800 square kilometer), of which more than 25 percent is in national parks, game reserves and other wildlife management protected areas, (i.e. over 80, 000 square miles or 207,000 square kilometers). Yet, mention Tanzania, and even the most casual armchair traveler perks up thinking Serengeti, Ngorongoro Crater! These are arguably some of the best-known and most visited safari destinations in the country, and on the African continent. But together, these two legendary northern Tanzania national parks account for less than ten percent of the total preserved land in the country. What of the remainder then? I wondered. 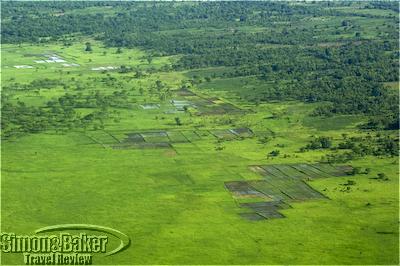 It didn’t take much research to realize that great swaths of spectacular wilderness scattered throughout the central and southern areas of the country attracted relatively few visitors; because they were time consuming and expensive to reach. In other words, too remote. When it comes to safari, nothing intrigues me more than the promise of remote destinations. There had to be a way. Safari Air Link, a small airline with daily scheduled flights, linked most of these irresistibly remote destinations known as the Southern Circuit to Dar es Salaam, the capital of Tanzania, and to each other. It offered an efficient and cost-effective alternative to prohibitively expensive private charter flights. I was on my way. 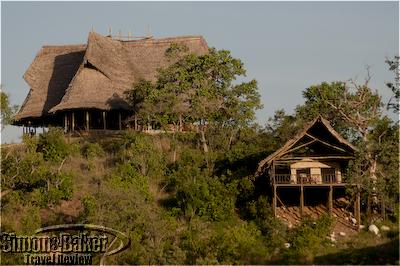 The fourth largest national park in the country, Mikumi, was the first stop on my visit to Tanzania and the start of my southern itinerary. At the time of my visit it was home to multiple prides of lions as well as a variety of smaller predators and large herds of everything that makes for a gratifying safari. Interestingly it was also the only park readily accessible from Dar es Salaam, a short 90 minute flight, or a half day’s drive away, which made it a favorite with local visitors. Yet I saw few international tourists there. 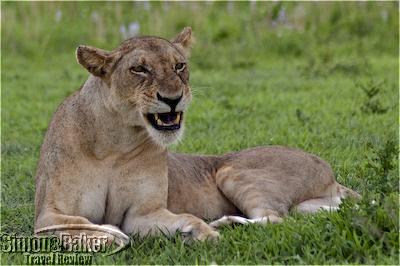 A lioness relaxes in the shade

My home within the park was Stanley’s Kopje, a casual luxury tented camp perched on a rocky knoll with a sweeping view of the Mkata Floodplain that is Mikumi’s core. It was an ideal place to relax after the long international journey and reacquaint myself with the thrill of the African bush. From the comfort of my private veranda high on the hill, I enjoyed lazy post game drive hours watching herds of buffaloes lumber their way across the plain, and elephants converge toward their favorite watering hole. 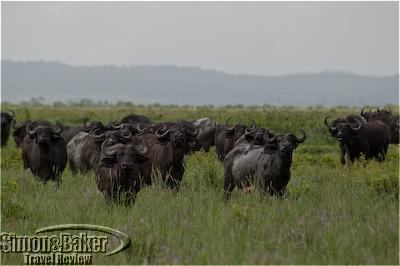 Cape buffalo with the Udzungwa Mountains in the background

Meanwhile on the horizon a fiery sunset outlined the Udzungwa Mountains. The heady sounds of the bush filled the air, complete with a vibrating roar coming from somewhere at the foot of the knoll. There was hardly a hint of human presence anywhere. I had a fleeting thought of sympathy for the hapless tourists who would never know what they had missed. 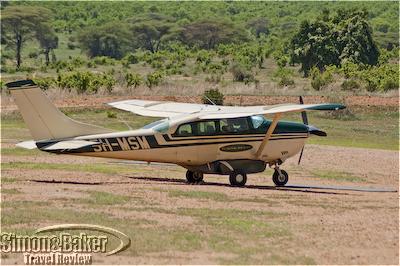 It was a one hour flight from Mikumi to Ruaha, due west over increasingly high, craggy ridges and agricultural plains. Then the farmland subsided altogether, replaced by forest and rock. We were approaching a rippling plateau, bordered by a steep escarpment, and a dusty airstrip with a welcoming committee of parading giraffes. This was Ruaha, the second largest national park in Tanzania, known for its large population of elephants, giraffes and greater kudus, and for the exceptional diversity of wildlife. And it was all there, for me to enjoy in contented quasi-solitude. 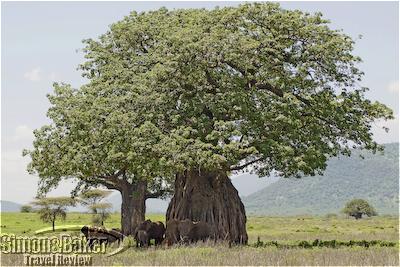 Elephants shade themselves under a baobab

Rarely during a game drive did I catch a glimpse of another vehicle. This would have been sufficient to make for a memorable visit. But there was more. When I think of Ruaha, what I remember most are the baobab trees, hundreds of the ancient giants clustered in colossal groves across the plain, and clinging to the rock all the way up the escarpment. It was a sight I had never experienced anywhere else in Africa. 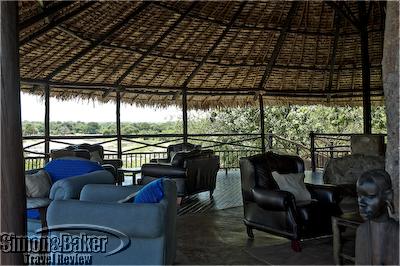 And I remember the Ruaha River Lodge, strung across the river that gave it and the park their name. Here, game viewing started at breakfast in the riverside dining room, with a Goliath heron coming to preen at the river’s edge, and baboons bouncing from rock to rock across the water. It continued at lunchtime at the hilltop dining room with a herd of elephants drinking at the rock pool below. Then there were the evenings on the veranda of my banda (Swahili for cottage), in the company of hungry hippos methodically chomping away a few feet beyond my banister. 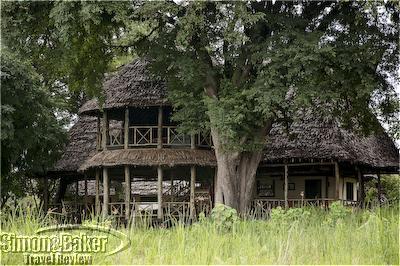 The lodge at Katavi Wilderness Camp

It took determination get to Katavi, the third largest park in Tanzania, a couple of hours’ flight west of Ruaha. It is so far off the beaten track that the park receives only a few hundred visitors per year. Even my Safari Air Link friends flew there only twice per week. But what awaited me there was Africa at its unadulterated best. A rich and varied wildlife going about the rhythm of its existence in a pristine environment of reed-filled floodplains and dense woodlands as it has for millennia. And the Katavi Wilderness Camp. 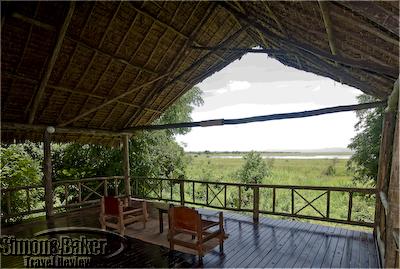 My veranda had a striking view of the Katisunga Plain

Nestled under the canopy of soaring marula and tamarind trees, this intimate luxury camp overlooked the Katisunga Plain as it stretched to the Lyamba-lya-Mfipa escarpment on the horizon. Beyond the wonder of finding an enclave of contemporary luxuries in such an improbable place, what made the camp truly special was its superb staff who welcomed me to a level of gracious hospitality worthy of East African safaris of a bygone era. According to the park authorities, I was one of only three tourists in the park at the time of my visit. I never saw the other two. At Katavi I experienced the intoxicating feeling that, if only for a few days, Africa was mine alone.

My travels along the Southern Circuit, aboard the Safari Air Link fleet of nine-seat Cessnas, allowed me a bird’s eye view of the topography of the parks and the countryside along the way. And I was able to experience three impressive, little known game viewing areas, each unique in its own way, and with an even greater variety of game than I encountered later in my trip to the north of the country.