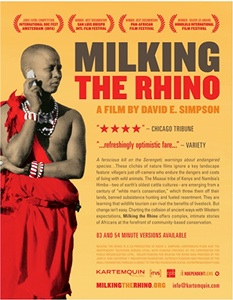 One of the biggest challenges facing conservation minded individuals and organizations in Southern and Eastern Africa is native populations and their cultural dislike, even hatred, of predators. While many animals live within protected areas such as national parks and private reserves others compete for natural resources and land with local populations. As the number of animals and the genetic diversity dwindles Africans face some difficult choices for the long term: Share existing resources in spite of their attitudes toward the animals or, eventually, lose what is left of the once abundant predator populations.

Even if cattle are considered their prime source of wealth should tribal leaders as well as local and national governments strive to protect resources including predators which have historically been considered worthless or worse, enemies, for many indigenous peoples? What are the possible benefits and detriments of these policies? What is the best way to go about implementing them and much time will it take to see the results?

In Milking the Rhino, filmmaker David E. Simpson dedicated an 83-minute documentary, released in 2008, to exploring the topic. For this purpose he and his team traveled to Kenya and Namibia where they spoke with and interviewed local tribe members and leaders about conservation issues and how they are dealing with them. Of four locations his team explored initially they selected two for filming Il Ngwesi in Kenya and Marienfluss Conservancy in Namibia. Both groups are cattle centric yet wishing to learn to exploit their natural resources to expand their economies.

There was a lot of pre-production work for the film, especially in Namibia due to extensive paperwork (visa and film permits) requirements and a high percent of remote filming locations. Some of the locations were three day’s drive from the main city and had little to no electricity, requiring the team to be self sufficient and rely on their own camping gear. 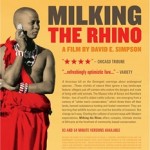