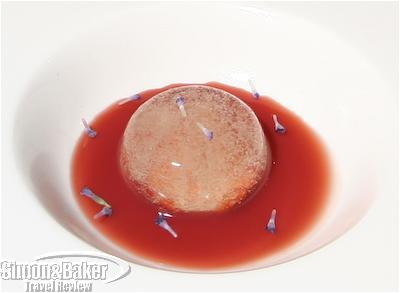 Champagne and Lavender Jelly at The Greenhouse 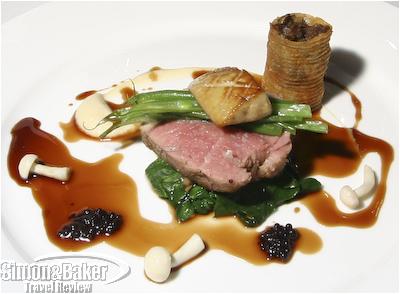 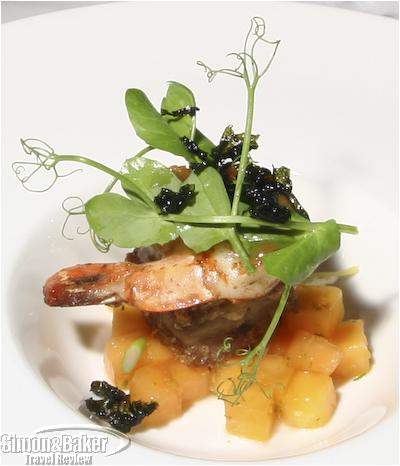 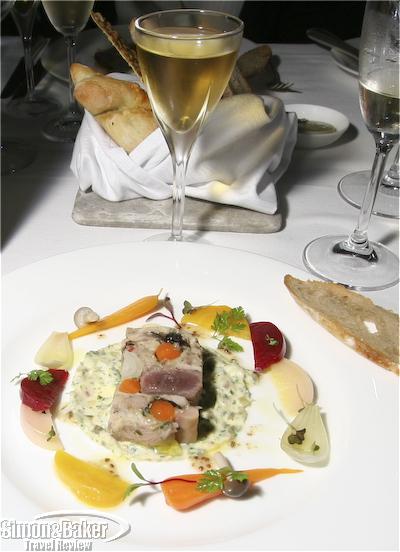 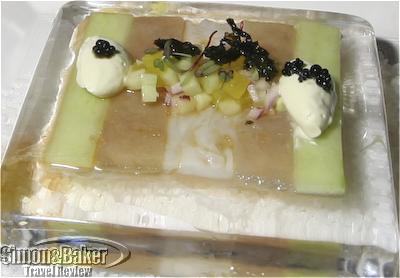 Carpaccio of Scallops, Tuna and Abalone 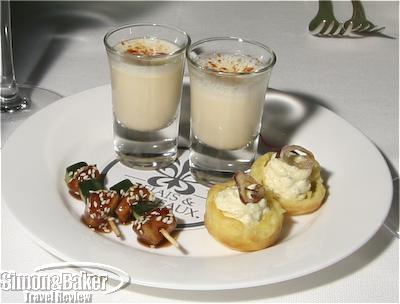 Although we missed Chef Rume Booyens’ touch (she had been the chef when we first visited the restaurant) our Tasting Menu dinner at The Greenhouse was a treat. We are confident the restaurant will remain outstanding since the restaurants at the Relais & Chateaux hotel and its two sister properties remain under the watchful eye of Peter Tempelhoff, executive chef for The Collection by Liz McGrath. 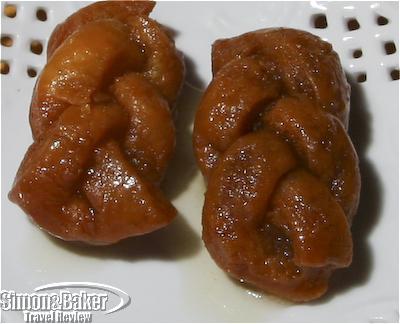 Sweets at The Cape Malay Restaurant 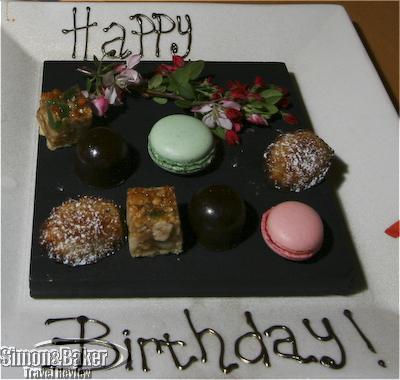 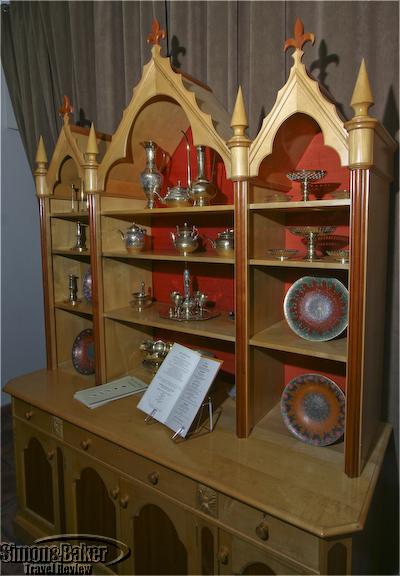 The eastern decor at The Cape Malay 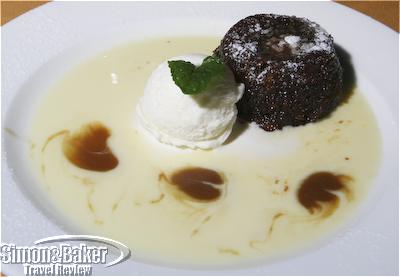 Dessert at The Cape Malay 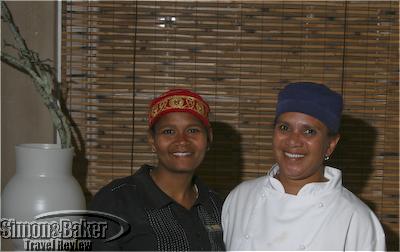 At The Cape Malay Restaurant, Cynthia was our server and Jasmin cooked 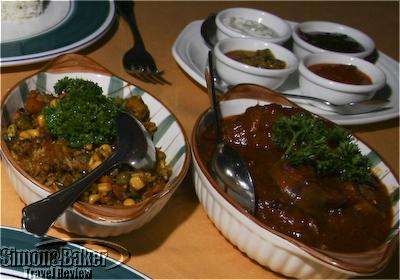 Mains at The Cape Malay

We took advantage of our stay at the Cellars-Hohenort Hotel (93 Brommerslvlei, Constantia 7800, www.cellars-hohenort.com,+27 21 794 2137) to sample The Cape Malay Restaurant and were rewarded with an excellent spicy meal. While the style of cuisine and decor were totally different from The Greenhouse, the staff were warm and welcoming the night we dined there. 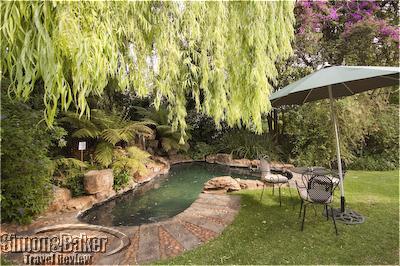 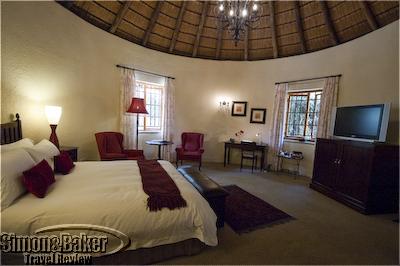 Room Two is a spacious rondavel 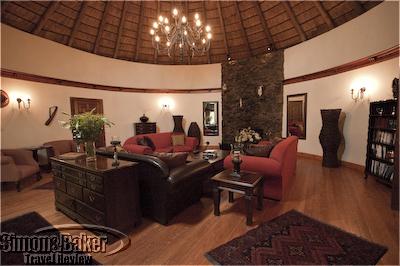 The living area is an expansive curved open space

Idwala Guest House was just the place to reconcile me with the thought of an overnight flight, at least when the vagaries of Southern Africa air travel scheduling dictate a next night layover in Johannesburg. Built over one century ago as a farmhouse in what was then the countryside to the north of the city, the property had over time been choked by encroaching suburbia.

A few years ago its dilapidated cluster of classic South African stone and thatch rondavels caught the interest of its current owners, the Friese family. Various members of the family contributed their individual expertise ranging from architecture and interior design to computer technology and hotel management to create an enclave of bucolic luxury in the heart of the city. 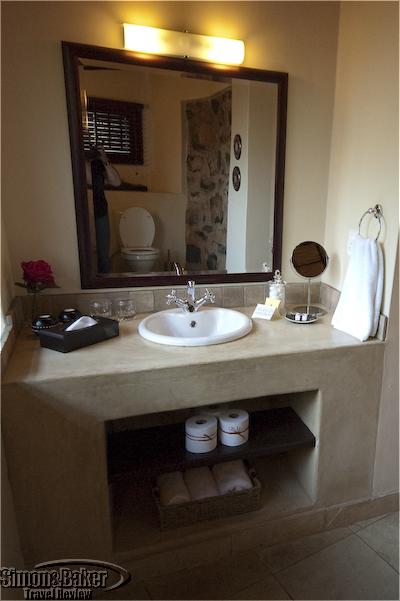 The sink is set in a vanity of polished poured concrete

I loved this intimate inn with its friendly staff and personalized service, excellent in-house restaurant, state-of-the art technology throughout, superbly appointed rooms and convenient central location (a mere 30-minute drive from the airport). Small wonder that although it had been open only three years at the time of my visit Idwala Guest House had already earned the coveted Five Star rating from the Tourism Grading Council of South Africa. Click here to read the complete article about my recent stay at Idwala Guest House. 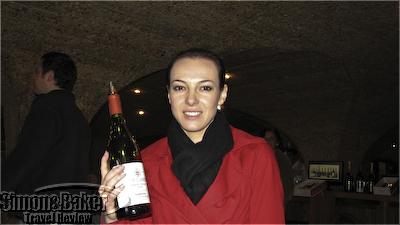 Our host at the Haute Cabriere wine tasting in Franschoek, South Africa 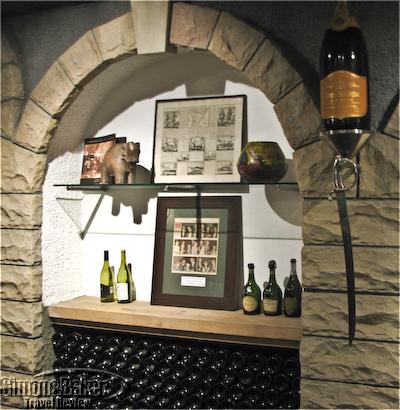 A saber is used in the sabrage at Haute Cabriere

One of the many things I enjoy when we visit South Africa is the local bubbly or as it is known by its proper designation Méthode Cap Classique (MCC) wine, MCC or Cap Classique for short. Although the manufacturing process is similar to French bubbly because these sparkling wines are made in South Africa and not in the Champagne region of France they technically should not be called Champagne.

Following the old saying that “When in Rome… ” when in South Africa I prefer to sample the local wines and premium cap classique wines, which are slowly gaining local and international recognition, whenever possible. I find some of the better MCC wines are an excellent accompaniment to a meal or pleasant as an aperitif.

According to the Cap Classique Producers Association (CCPA), established in 1992 by a group of like-minded producers, South Africa’s major MCC producers are striving to develop high quality standards for the wines made using the classic bottle-fermentation method. Although the name Cap Classique was adopted to remind consumers that the classic art of winemaking was introduced to the region by French Huguenot immigrants, the first bottle-fermented sparkling wine produced in the Cape was called Kaapse Vonkel (Cape Sparkle).

Late last year we took advantage of a trip to South Africa to spend a couple of days in the gourmet village of Franschoek in the wine region where we visited two MCC tasting rooms. Although the tasting room experiences were completely different they were both excellent value for money and a fun way to explore the region. We went to Haute Cabriere, a winery set on a hill in Franschoek, to sample the Pierre Jourdan MCC and to the Graham Beck winery in the outskirts of the village where we indulged in the winery’s MCC tasting.

The staff at our hotel, La Residence, organized a visit to Haute Cabriere and dropped us off at the winery where we visited the cellars and sampled several wines and one Pierre Jourdan MCC (that was the only tasting option that included an MCC tasting nor was it possible to sample other MCC wines by the glass). We chose Graham Beck because we had tasted their bubbly on previous occasions and liked it. As there was a cellar tasting very near where we were staying we took advantage of the opportunity to visit the winery.

While we were at Haute Cabriere we had an opportunity to watch a sabrage, the opening of a bottle of Champagne, or in this case Pierre Jourdan cap classique wine, with a sabre for celebratory or ceremonial reasons. In the sabrage an experienced person slides the saber along the body of the bottle toward the neck. The force of the blade against the lip of the bottle breaks the glass, separating the collar and cork from the neck of the bottle cleanly. Although it was a very busy tasting area staff members were friendly, enthusiastic, helpful and knowledgeable. Even though we were only able to sample one sparkling wine, it was a pleasant tasting and cellar experience.

The property which belonged to Pierre Jourdan, a French Huguenot farmer in the late 1600s, is now made up of two farms and owned by Achim von Arnim. In 1982, the vineyards were replanted in the style of Champagne. Now, the méthode champenoise wines produced there focus on the classic chardonnay and pinot noir cultivars. 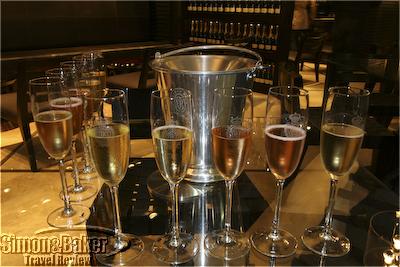 Our MCC Tasting wines at Graham Beck in Franschoek 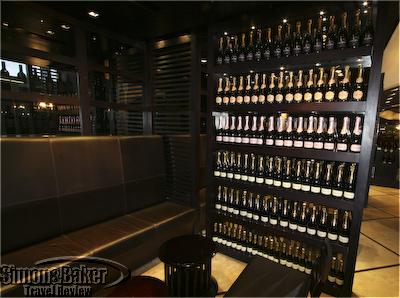 The tasting area at Graham Beck in Franschoek

A few minutes drive outside Franschoek we found the Graham Beck Wines property easily. On our way in we glanced at the beautiful and distinctive Dylan Lewis cheetah sculptures that framed the entrance. Inside, we noticed an emphasis on interior design and art. There was no attendant in the austere reception area the Saturday morning we visited giving us the impression they were closed. We discreetly looked in at the room behind the reception where a guest and barman were speaking. The young man behind the bar glanced at us and continued his conversation without interruption.

We imagined someone would arrive to look after visitors and entertained ourselves by reading the booklets on display, and looking around the lobby and into the tasting room. After a few minutes a young woman appeared. When we asked about an MCC tasting she indicated we should sit down at a table in the pretty lounge area and a few minutes later returned with five half full glasses of sparkling wine for each of us. 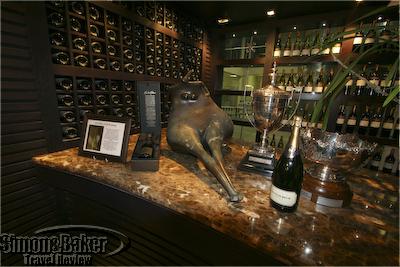 The lobby area of the Graham Beck winery in Franschoek 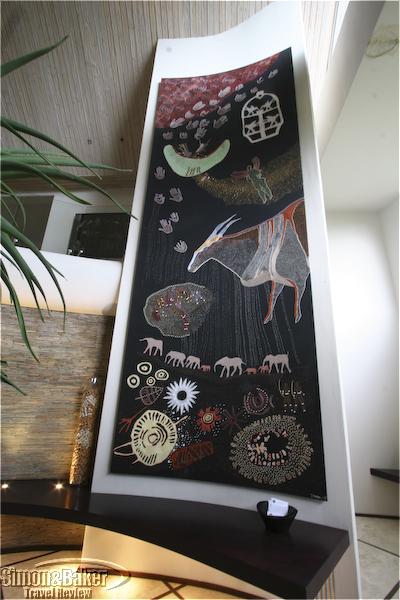 After visiting the cellars we found out Graham Beck Brut NV was served by President Nelson Mandela at his inauguration in 1994 and by President Barack Obama to celebrate his election. Graham Beck, privately owned by Graham and Rhona Beck, owns three farms and two cellars. The company has been producing MCC wines since 1991. What the Graham Beck tasting experience lacked in ambiance and warm welcome it made up for with its elaborately designed tasting area and the quality of the MCC wines we sampled. 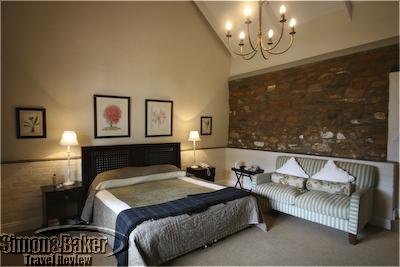 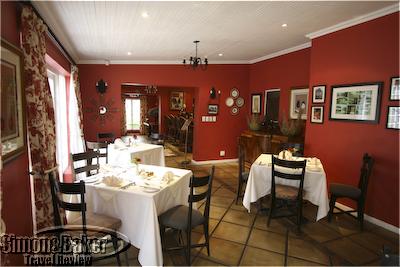 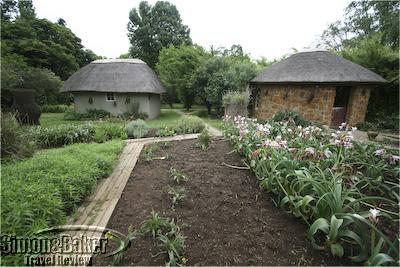 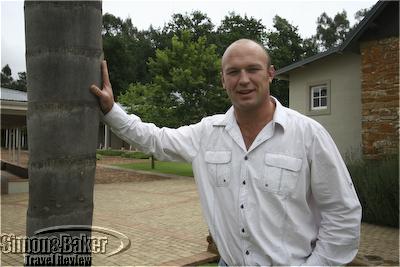 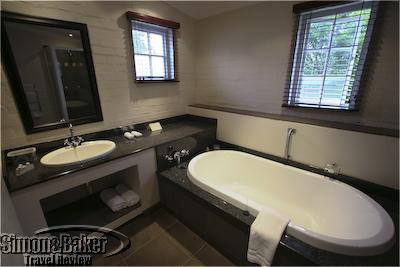 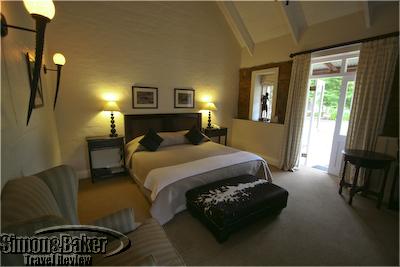 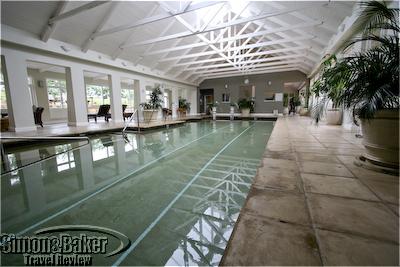