By Patrick Rose, director, Government Relations, Save the Manatee Club 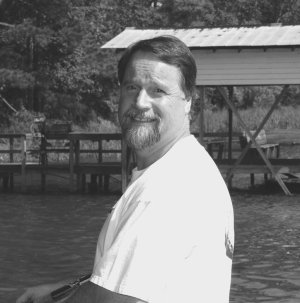 Photo: Save the Manatee Club

Despite growing threats to the manatee’s long-term survival and overwhelming public opposition, the Florida Fish and Wildlife Commission (FWC) voted last week to prematurely downlist manatees from Endangered to Threatened.  This decision plays right into the hands of those who want to exploit manatee habitat for development and high-speed recreation.

Even though the state found that the manatee population could be reduced by as much as 50 percent in the future and that manatees meet the federal and World Conservation Union’s (IUCN) definition for Endangered, manatees no longer qualify for state Endangered status because the FWC arbitrarily changed its listing/delisting rules by adopting the IUCN criteria for Endangered and then calling it Threatened.

Thirty conservation and animal welfare organizations representing millions of Americans around the nation urged FWC to fix its imperiled species classification system to properly align it with IUCN’s. Thirty-nine manatee and dugong scientists from numerous countries around the world sent a letter in opposition to the manatee’s downlisting.  And people from all over the nation called the agency in protest, while hundreds more attended the Commission meeting.  Out of scores of speakers at this meeting, only a handful of development, marine industries’ and go-fast boaters’ lobbyists spoke out in favor of downlisting manatees to Threatened!

Further, 17 organizations, filed a legal petition asking the FWC to fix its imperiled species classification system.  But, in the end, none of it mattered to the Commissioners.

The FWC insists protections won’t change, but a review of Florida law shows Endangered species are afforded more protection than Threatened species. The Commission claims their Management Plan will protect manatees.  However, Florida’s Legislature will be pressured to reduce FWC’s authority and funding to protect manatees.  This will undermine the implementation of the Plan, and prevent real recovery.

The FWC and Governor Bush are declaring this a victory for manatees but the facts show otherwise. The agency claims that the manatee population is growing, yet a state report shows that only the 2 smallest subpopulations clearly show growth.  Together, these 2 subpopulations only account for 16% of the manatee population.  The largest subpopulation on the Atlantic coast shows a probable decline of about 3% per year over the last five years.  The Southwest subpopulation is already in decline.  Manatees continue to die from boat strikes in near-record numbers and there has been a 17% increase in manatee mortality from boat collisions over the last 5 year period as compared to the previous 5 year period!

Please ask yourself, can all of the organizations representing hundreds of thousands of Florida citizens and millions more people nationwide who have shared their concerns over the new listing process be wrong?  I urge the Commission to take a step back from the situation and think about the repercussions to manatees and many other imperiled species if we are right and they are wrong.  The consequences will be disastrous.  If we are wrong and they are right, then no harm will have been done.

In the meantime manatees’ projected loss of winter habitat could cause catastrophic future losses. This is no time for celebration!