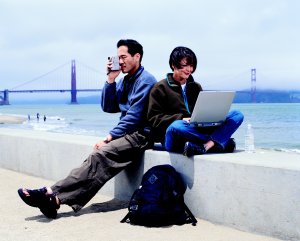 Access to the Internet has become a top priority for vacationers

Santa Clara, California — Laptops join swimsuits and sunblock at the top of this summer’s packing list for vacationers, according to the “Intel Unwired Travel” survey(1) released recently by Intel Corporation, the well known computer chip maker.

The survey of U.S. adult computer users commissioned by Intel and conducted by Harris Interactive® reveals that approximately four out of 10 (38 percent) respondents or their families have taken their laptops on vacation and more than half (53 percent) are likely to take a laptop on a future vacation(2).

The top three uses of laptops for vacationers aren’t clearly work-related. The most popular uses were checking or sending personal email (79 percent), entertainment (60 percent) and finding information for vacation planning and activities (48 percent).

Consumers have come to rely on the benefits of an on-the-go, unwired lifestyle on a daily basis. When they travel on vacation they seem to desire the same convenience and freedom.

(1) “A Study about Laptops on Vacations,” an Intel-sponsored online omnibus survey conducted by Harris Interactive® in June 2006.

This survey was conducted online by Harris Interactive on behalf of Intel among 2,689 adult computer users (aged 18 and over) within the United States between June 9 and June 13, 2006. Figures for region, age within gender, education, household income and race/ethnicity were weighted where necessary to bring them into line with their actual proportions in the population. The data were also weighted on the basis of amount of time spent using a computer (in hours per week).

(2) Fifty-three percent of U.S. adult computer users indicated they are “very likely,” “likely” or “somewhat likely” to take a laptop computer with them on a future vacation. 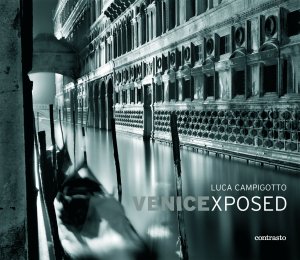 Who can show off Venice better than a Venetian? Venice born Luca Campigotto presents an insightful nighttime vision of the Venetian lagoon in a new photographic book featuring 65 black and white photographs due out this summer.

In the 120-page book titled VenicExposed (Contrasto, $50) he juxtaposes familiar tourist images of Venice with a noirish perception of the Marghera zone, an industrial district of docks and commerce rarely visited by outsiders. The photos showcase a quiet Venice tourists rarely see because of the locations and the time of night. The result is dreamlike and realistic at the same time. It invites the viewer to visit or revisit Venice in search of these black and white night visions.

“I believe that my images want to speak of places without time, or where time has stopped. Perhaps, a desperate and almost unconscious attempt to take possession of eras in which it was not possible to live. If you look at the photographs, especially the souvenir pictures, basically it is just this that happens: we look at things and persons that we cannot get back. I believe that photography is the supreme tool of nostalgia.”