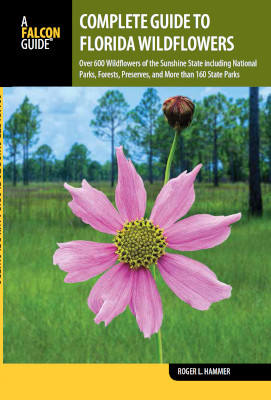 Visitors to Florida have a new tool to identify wildflowers. In the Complete Guide to Florida Wildflowers Over 600 Wildflowers of the Sunshine State including National Parks, Forests, Preserves, and More than 160 State Parks (Falcon Guides, $29.95) Roger L. Hammer, a career naturalist based in Homestead, shared color photos of 686 Florida native wildflowers.

“I chose to omit naturalized exotic species and native woody shrubs and trees, concentrating mostly on herbaceous wildflowers,” Hammer said by email about the photos in the 378-page softcover book published in 2018. “The book took 12 months to complete, but I had a head start by already having published guides that covered central and southern Florida, so I only needed to concentrate on northern Florida and the Panhandle.”

Hammer took all of the photos using a Nikon D810 digital camera with a Nikkor 105 millimeter macro lens. The book is divided into an introduction and six sections. The sections feature flowers by color: blue and purple, pink, red and orange, yellow, brown and green, and white. Each page is dedicated to two flowers. A color photo of the flower occupies the top half followed by the name, description, season when it blooms, where it can be found, and comments.

“The greatest challenge was driving up to the Florida Panhandle about a dozen times from Homestead and back, which takes between 10 and 14 hours one-way, then spending a week up there, driving back home, and then heading back the following month,” Hammer said. “Locating some of the rare wildflowers up there was also challenging, but I relied on botanist friends who live in the Panhandle, and also rangers in some of the state parks. 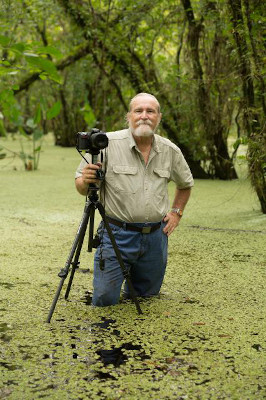 My first love affair with Florida wildflowers was with native orchids, so it was a thrill to photograph species of orchids that I had not seen before. Of the 110 native orchids in Florida, I have now photographed 96 of them. Also, I was able to include all 21 native milkweeds (Asclepias), all 10 native mints in the genus Dicerandra, all 5 milkvines (Matelea), and all 4 species of wakerobins (Trillium). There are many other wildflowers included in this guide that have never appeared in field guides before.”

How can beginners who want to identify a wildflower begin? “Readers should become familiar with botanical names, which they can then use to search the University of South Florida’s Florida Plant Atlas,” he said. “There they will find a range map, common names, botanical synonyms, and a photo gallery. It is one of the more useful websites for Florida’s native and naturalized flora, .florida.plantatlas.usf.edu” 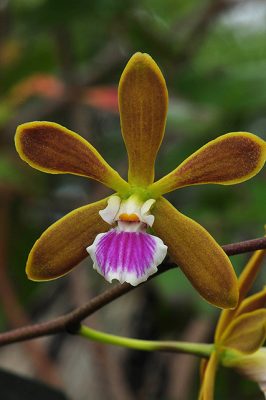 For orchid lovers the following common species can be seen without too much effort, according to the author. The Tuberous grass-pink orchid (Calopogon tuberosus) can be found in spring in wet, grassy prairies and pine flatwoods throughout mainland Florida. The Butterfly orchid (Encyclia tampensis) flowers in summer and is frequent on trees in upland forests and coastal buttonwood-mangrove forests from north-central Florida south into the Florida Keys. The Spring ladies’-tresses (Spiranthes vernalis) is common along roadsides and in grassy prairies throughout mainland Florida and flowers in spring.

Hammer is a survivalist instructor for the Discovery Channel’s reality TV show Naked and Afraid. He was the manager of the 120-acre Castellow Hammock Nature Center for the Miami-Dade County Parks Department for 30 years. In addition to the new book he is the author of Everglades Wildflowers, Florida Keys Wildflowers, Central Florida Wildflowers,  Attracting Hummingbirds and Butterflies in Tropical Florida, Exploring Everglades National Park, and Paddling Everglades and Biscayne National Parks. He lives in Homestead with his wife, Michelle.