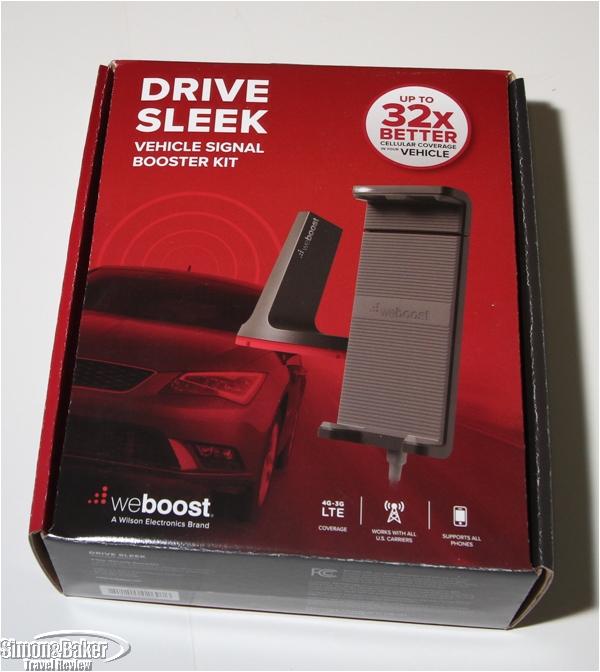 Cellular reception in Palm Beach County, Florida for our carrier varies from great to non-existent as we drive around during the course of a weekend, running errands and visiting the beach. Dropped calls are common, and there are places where the signal is so weak that a call cannot be completed. That was why we took advantage of the opportunity to try out the new Drive Sleek Vehicle Signal Booster Kit from weBoost (3301 E. Deseret Drive, St. George, Utah 84790, +1-866-294-1660, https://weboost.com, support@weboost.com). The .55 pound device was designed and assembled in the United States with foreign parts, according to the box. 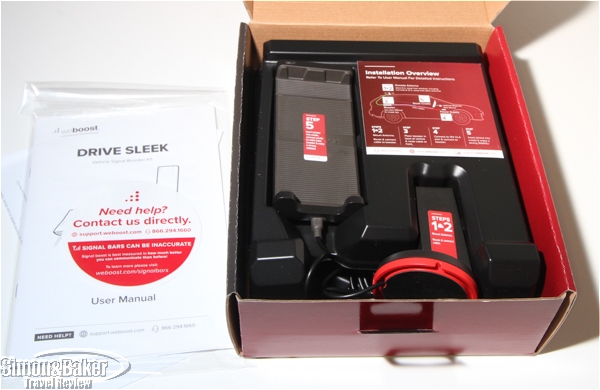 The box contained a detailed manual and a number to call for help.

Our kit contained an antenna with a magnetic base, a signal booster, a 12 volt power plug, a cradle for the phone and the cables to connect them together. The parts were labeled with numbered stickers that designated the installation procedure. I placed the antenna on the rear deck of our mustang convertible and ran the cord into the trunk. The booster’s Velcro like attachment and some cable wraps made it simple for me to affix it to the lining in the trunk behind the backseat. I was able to fit the cables up and around the seat, tucked out of the way for the most part, except for the jump to the center console where the power plug resides. 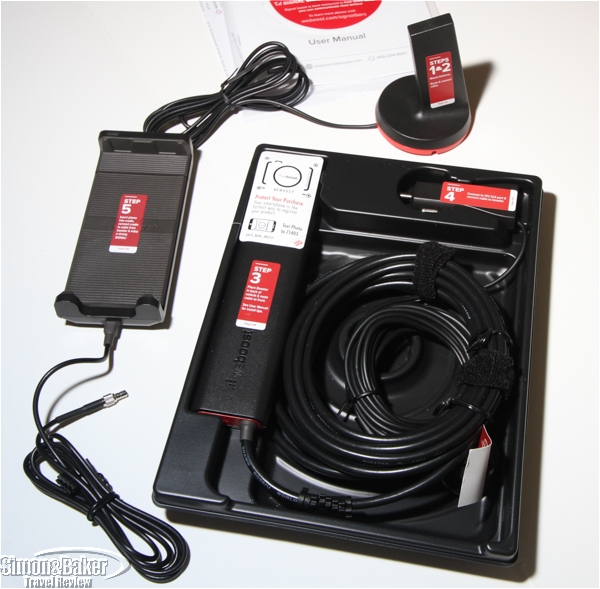 The components had numbered stickers showing the installation order.

The cradle came with an attachment to fit the vents on some cars, but was just not practical in the vents on the mustang. The vent mounting (a little split cone with a magnetic back) helped keep the cradle from sliding off the center console. The cone on the back of the cradle fit into a cup holder and stayed put under normal driving conditions. The power plug must  be disconnected when not in use as it continues to draw power even without the car running. A light on the cradle indicates that it is powered up. I prefer to unplug it rather than risk that in a rush I might leave it hooked up and return to a dead battery. It is not clear how long it would take to run the battery down. 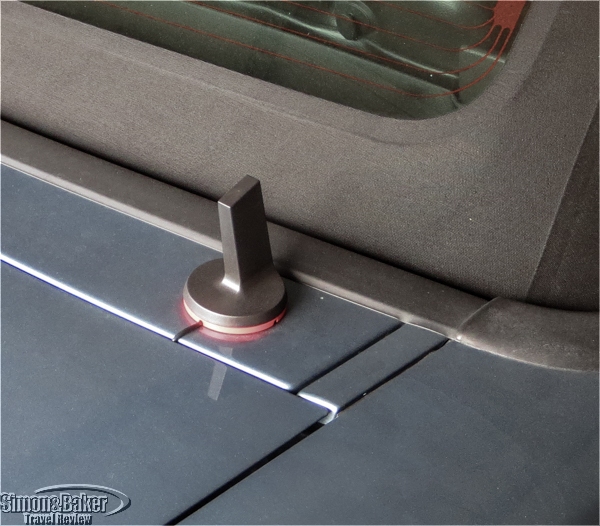 As soon as I placed a phone in the cradle, the effect of the booster was visible in the number of signal bars on the display. A hands free, either Bluetooth or wired is necessary for comfort and according to the user manual. The Federal Communications Commission (F.C.C.) requires that users never hold the device in the cradle up to their ears. Some local municipalities require the use of a hands free headset from drivings using a mobile phone. Our iPhone has the hands free jack on the top, so it had to be inserted into the cradle upside down. Once there it then remained in the spring loaded slot. After several trials with the new configuration, we managed to maintain calls while driving across the county without any drops or loss of signal, and the mobile phone worked in what previously were dead zones. 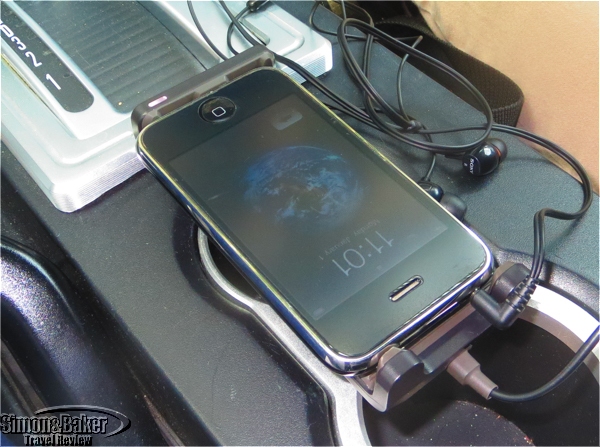 The phone secured in the cradle with the hands free cable attached.

According to the manufacturer, the boosted signal will extend battery life, which makes sense although we did not test it as a specific benefit. More than anything, it was nice to use the phone and maintain a conversation while running our errands or traveling, and reassuring to know that if we had an emergency or car trouble (other than a dead battery), we would be able to make a call even in the former dead zones. We have been satisfied with weBoost Drive Sleek Vehicle Signal Booster Kit and would recommend it to friends looking to increase the mobile phone signal in their cars.