Our French chocolate tasting in Manhattan’s Upper East Side 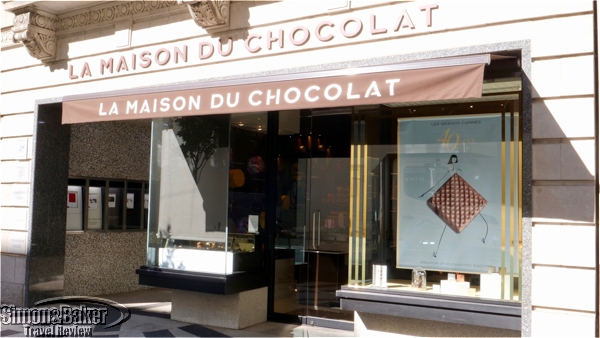 We thought we knew chocolate until we tasted some of the products of La Maison du Chocolat (1018 Madison Avenue, New York, NY 10075, http://www.lamaisonduchocolat.us/la-maison/en_us, +1 718 361-9161), a French company. At the time of our tasting, in addition to locations in France and several in New York City, the company had shops in China, Japan, Korea, Kuwait, Macau, and United Kingdom. 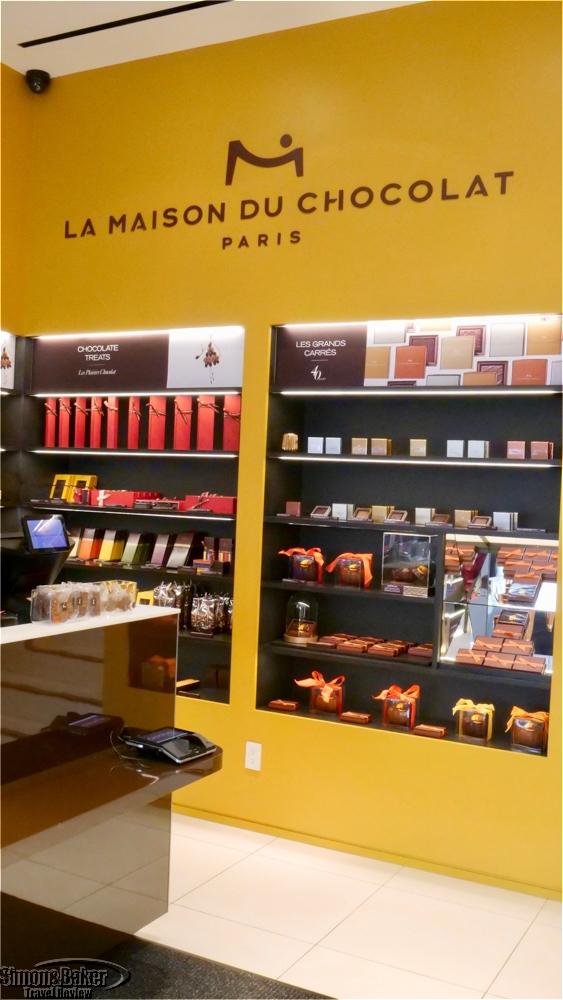 Inside the Madison Avenue store

We arrived on a cool, sunny morning in mid-October as the Madison Avenue store was opening. The city was just waking up, with people on their way to work and the streets starting to fill with the daily bustle. Located in an upscale neighborhood, La Maison du Chocolat’s boutique shared a block with prestigious clothing stores and cafes. During our visit, we each tasted six chocolate truffles, one macaron and two types of hot chocolate. We returned home with a box of six macarons (meringue and almond flour confections). 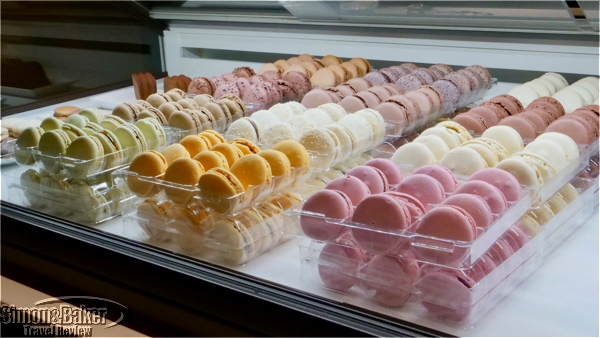 At the front of the store shelves displayed various chocolate collections in signature dark brown boxes. There was also a counter with individual chocolates, as well as fresh pastries laid out in the window. The shelved collections of chocolate were organized by individual lines, including: Truffles, Maison Icons, Pralines, Chef’s Creation, Grand Carrés, Chocolate Treats, and the 40th Anniversary line. One of the friendly staff explained that the Maison Icons are the best selling line because they are the most well known, and come in boxes that may be customized.

The shop had the understated aesthetic we expected from a chocolatier: dark brown boxes, neatly organized chocolate truffles on display, and minimal decorations on the walls. In the back of the store there was a small café where we sampled six square chocolate truffles arranged in order of darkness. I started with Akosomno, the darkest chocolate. It was deep and smooth, and revealed an unexpected spicy note at the end. Next was Caracas, a bolder experience and by far the most intense. Boheme, the third on the plate, was the perfect harmony between milk chocolate and dark, the two notes came in and out as it melted on my tongue. I normally do not favor chocolate mixed with fruit, but Salvador was an exception. The dark chocolate mixed with an acidic raspberry ganache (a filling made from chocolate and cream) was tangy and exciting. Crystal touched all the notes evenly for a perfect flavor: it was a delicate blend of crispy, sweet, nutty praline wrapped in silky milk chocolate, finished with a touch of sea salt. Lastly, Grain Dentelle’s milk chocolate blended caramelized nuts and crispy pieces of crepes for a subtle, crunchy texture. 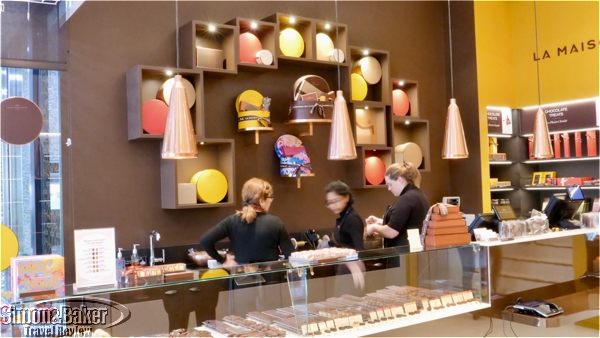 Busy staff behind the counter

It was early in the morning when we tasted the truffles, so we tried to restrain ourselves. We were unsuccessful. The chocolates were so rich and delicious, we ate most of what was on our plates. 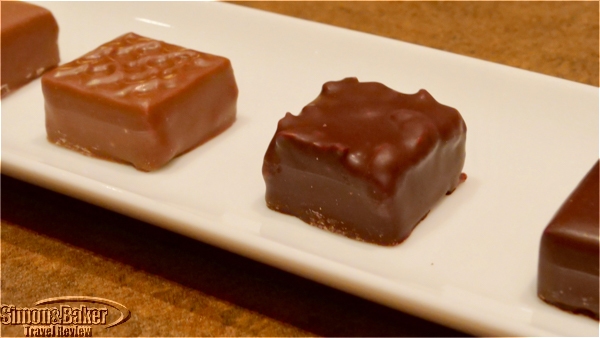 We tried two types of hot chocolate. Guayaquil was like the luxury version of my childhood hot chocolate. It was creamy and sweet, but grounded by the gravitas of fine chocolate. Caracas was an unexpected experience for me. It had a full-bodied flavor with a light texture. 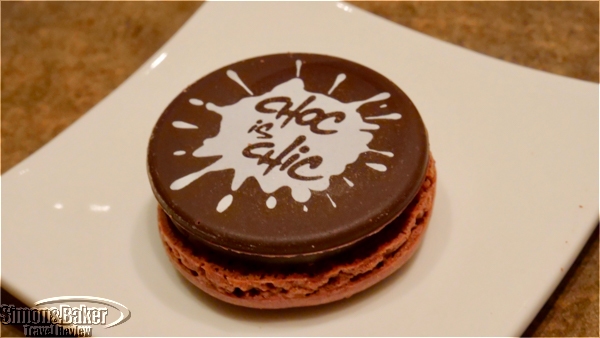 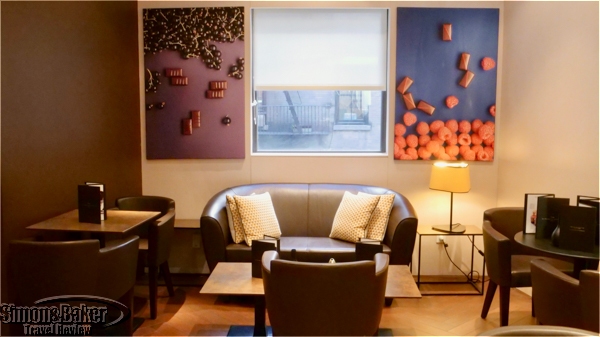 As we indulged in the tasting, the staff recounted the story of La Maison du Chocolat, and the reasons they believe their chocolate is so special. Rami Sarabi, country manager, told us that ganache is the secret. Robert Linxe, who founded La Maison in 1977, was known as the “Sorcerer of Ganache.” Linxe insisted on making chocolate the old-fashioned way, which takes three days, according to Sarabi. The result, he said, should be a perfect balance between silkiness and richness. We found this to be true. The flavors came in waves as the ganache melted, making for a layered and sophisticated experience. 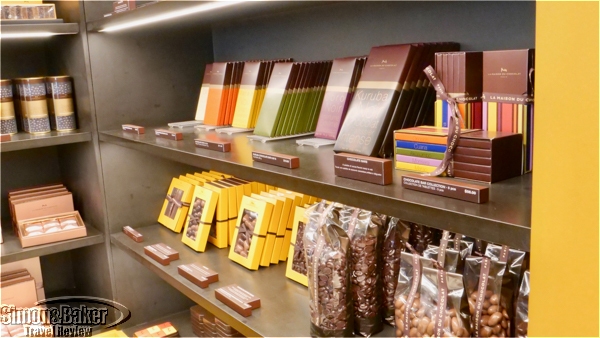 One of the display cases

Before Linxe passed away, he appointed his protégé, Nicolas Cloiseau, head chef. Today, Cloiseau oversees over thirty chefs. According to the staff, the chocolate on sale at the company shops was made in France following meticulous, traditional methods, and shipped to the various stores around the world. 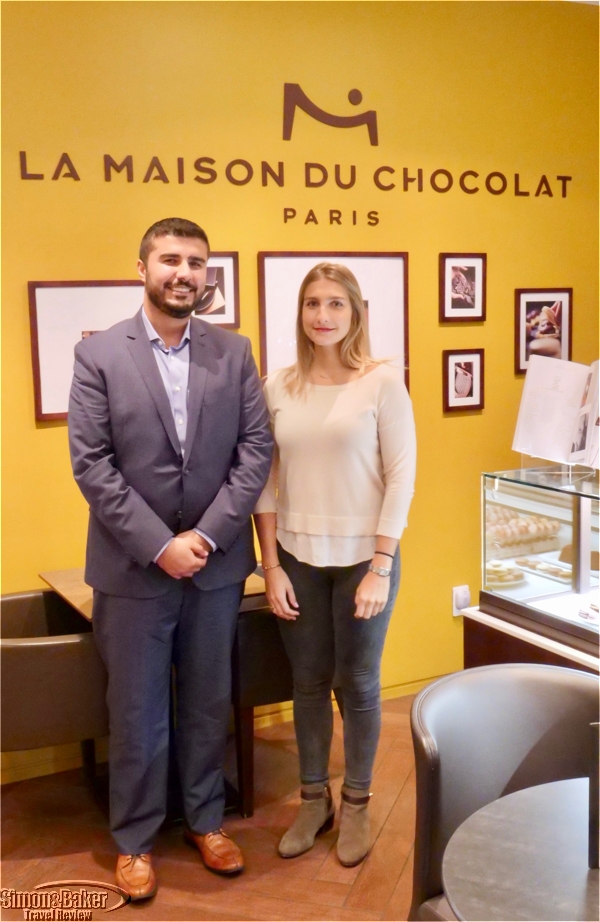 We were pleased to learn from Rami that all of the cocoa in the shop was from sustainable sources. The staff reported that they could trace each piece of chocolate back to the exact location from which the bean was harvested. We tasted three macaron flavors, Quito, Maracuja, and Rigoletto. Each macaron, we were told, was made in France and shipped to the various stores worldwide. The ones we sampled were not refrigerated. After a week on our shelf they remained fresh. The wafers were soft with a chewy texture, and melted on the tongue.

Quito was an airy and sweet milk chocolate wafer, a perfect compliment to the dark chocolate ganache. The  passion fruit of the Maracuja macaron was tangy, its tropical tones highlighting the deeper notes of the ganache. The Rigoletto brought me back to a traditional flavor, with the middle-sweetness of caramel. In addition to being delicious, the macarons looked delightful lined up together. 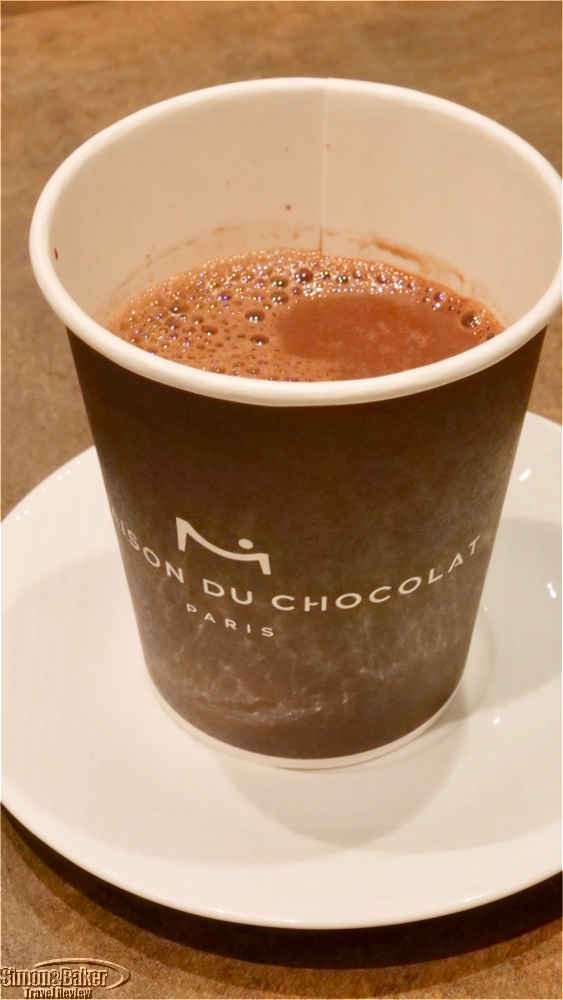 Our hot chocolate was served in disposable cups.

We loved the rich taste and high quality of the chocolates at La Maison du Chocolat, as well as the luxurious experience of the boutique itself. We plan to return to the shop, sit in the café, close our eyes, and be swept away by the complex flavors.