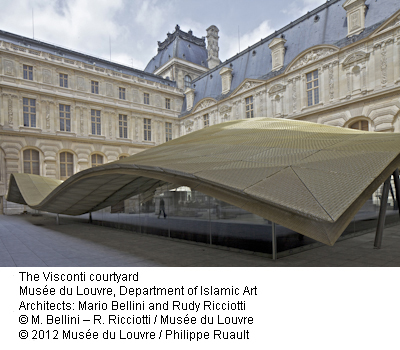 In September 2012, the Louvre Museum in Paris, France opened the Islamic Art Galleries with much fanfare. The iconic museum’s new wing is home to 18,400 objects, 3,000 of which were on display at the time of our visit. The majority of the items, 15,000, was part of the museum’s collection before the galleries were established. The remaining 3,400 works were on permanent loan from the Musée des Arts Décoratifs. 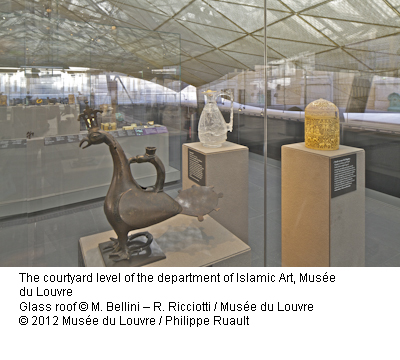 Because the interior buildings of the former palace were full the decision makers opted to enclose courtyard space to exhibit the Islamic art. They claimed 3,000 square meters of space for the new galleries, much of it had been formerly outdoors. The project, led by architects Mario Bellini and Rudy Ricciotti, began in 2001 and took 11 years to complete. It was the first major project of the museum in many years. The galleries form the eighth department at the Louvre. At the time of this writing, the other departments are Egyptian Antiquities; Greek, Etruscan, and Roman Antiquities; Near Eastern Antiquities and Eastern Mediterranean Provinces of the Roman Empire; Prints and Drawings; Decorative Arts; Paintings; and Sculptures. 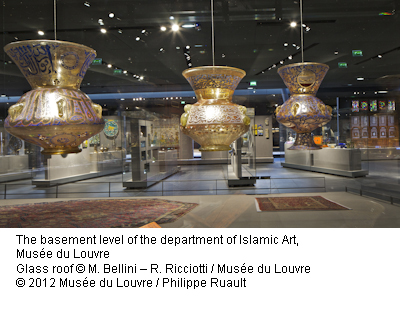 In 2012, 9.7 million people visited the museum. An estimated 650,000 of those visited the new wing since it opened last year. Exceptional items in the new wing highlighted in museum educational materials include: carved teak Door panel from the Dar al-Khilafa, Samarra; Pyxis of al-Mughira, a round casket carved of elephant ivory; Ewer from the treasury of Saint-Denis, made of carved and polished rock crystal; a stucco Princely head with traces of color; Monzón lion, a molded and engraved bronze lion; Baptistery of Saint Louis, made of copper alloy engraved and inlaid with silver, gold and black paste; a gilded and enameled Bottle with a coat of arms; a stone-paste Peacock dish; and Dagger with a horse-head hilt made of Damascus steel inlaid with gold, jade, rubies, emeralds and kundan gold. 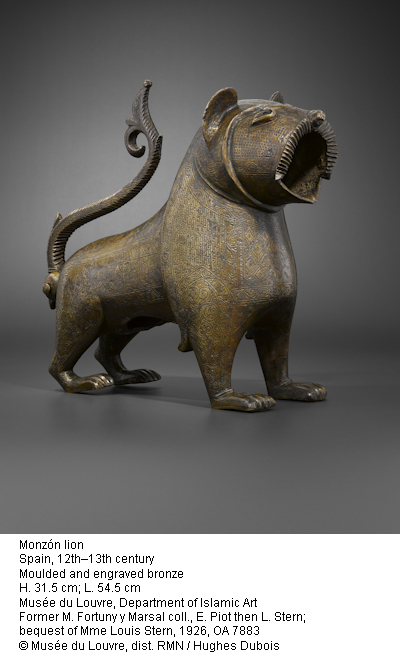 In 2011, the budget for the entire Louvre was 210 million euros. A little more than half, 55 percent, was from public subsidies, and 45 percent came from the museum’s own revenue generating sources. In contrast, 98.5 million euros were necessary to make the Louvre’s new Islamic wing a reality. 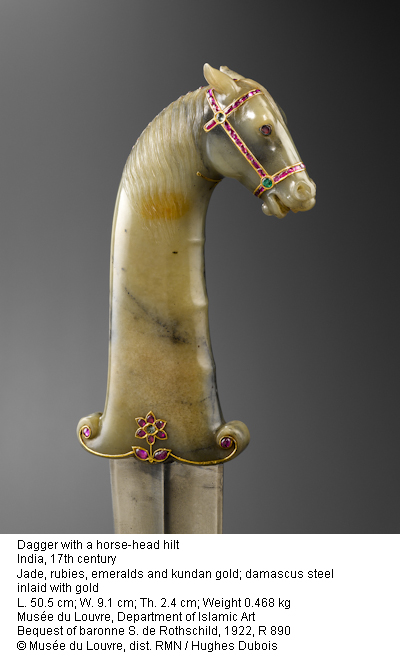 The French government supplied 31 million euros and the museum used 11.5 million of its own resources. A whopping 56 million euros were donated by foreign governments, and private donors. The lion’s share, 26 million euros, was provided by four foreign governments or their monarchs: Mohammed VI, King of Morocco; Sheik Sabah Al-Ahmad Al-Jaber Al-Sabah, Emir of Kuwait; Qabous Bin Said Al-Said Al Said, Sultan of Oman; and the Republic of Azerbaijan. The remaining 30 million euros were contributed by private individual donors, companies and foundations. Principal among those was the Alwaleed Bin Talal Foundation. The Total Foundation contributed 6 million euros and Lafarge 5.4 euros. View a recent detailed article on the Louvre Museum in the Simon and Baker Travel Review.