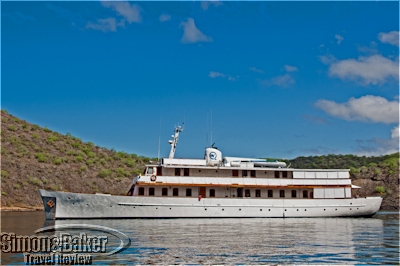 After a 1,000-kilometer flight over empty Pacific Ocean waters, the AeroGal Airlines jet was preparing to land on San Cristobal, the easternmost island of the Galapagos Archipelago. The few returning locals were already gathering their belongings. Meanwhile, we the tourists were craning our necks to catch a first glimpse of the islands. The plane banked, revealing under its wing a zigzag of rocky coastline, punctuated by an occasional crescent of white sand; and no discernible sign of human life. Another turn unveiled a dazzling panorama of ancient volcanic peaks and dark rock formations emerging from an impossibly blue sea. All this natural splendor, and we hadn’t yet landed. 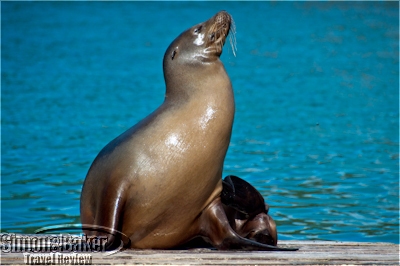 Once we did, I discovered another unique characteristic of the islands: the sense of undeniable entitlement of its wildlife. Even in the center of Puerto Baquerizo Moreno, the tiny provincial capital of the Galapagos adjacent to the airport, birds and reptiles and especially sea lions treated our presence with superb indifference. The later, enjoying their siesta sprawled on the boat dock, didn’t even twitch as I squeezed by to board the panga (local inflatable zodiac-type skiff) that was to take me to the Motor Yacht Grace. 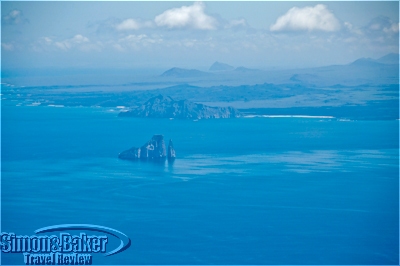 My first glance at the elegant lines of this classic yacht was a special thrill. It brought back fantasies I had shared with an entire generation of French schoolgirls half a century before. Its owner was Prince Rainer III then, and it was named the Deo Juvante (Latin for with God’s help) after the motto of the house of Grimaldi, the rulers of the tiny French Riviera principality of Monaco for almost a millennium. For a few weeks in 1956, it had been front page news on French magazines and movies screens: the prince, sailing to meet the ocean liner USS Constitution to welcome his fiancee, the American movie star Grace Kelly; then the following week, Prince Rainer and the now Princess Grace boarding the yacht again for a seven-week honeymoon. Throughout the spring, there had been images of the yacht anchored in the most romantic destinations around the Mediterranean. Now this glamorous vessel was to be my home for a seven-night cruise around the Galapagos Archipelago, royal matrimony not required. 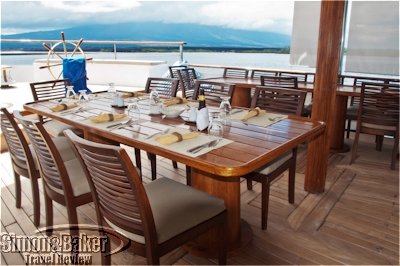 The yacht, renamed the M/Y Grace in homage to its most illustrious owner, is now the property of Quasar Galapagos Expeditions. Its owner Eduardo Diez, a man with a passion for classic yachts, oversaw a two-year, $2.5 million overhaul of the ship, while preserving its distinctive lines. The Grace, newly outfitted with a state-of-the-art stabilizer system to ensure smooth sailing on the open waters around the Galapagos islands, a large hot tub on the sundeck, modern bathrooms in each of its nine staterooms and air conditioning throughout, began operations in the spring of 2009. While I admit that it was the prospect of sailing on the Grace that propelled my desire to visit the Galapagos “some day” to the top of my travel wish list, the understated luxury of the vessel turned out to be merely the setting for a unique wilderness adventure. With only seven passengers and a crew of 10 on board, our naturalist guide, Rafael Pesantes Aguirre (Rafa for short) quipped that our odds for mutiny were unpromising. 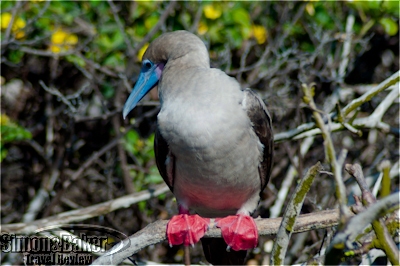 But between the attentive pampering of the friendly staff and the exhilarating daily discoveries of the cruise, mutiny was the last thing on my mind. The exceptional itinerary took us to remote places rarely visited by larger ships. And Rafa, a third generation native of the islands and an ornithology graduate from San Francisco University in Quito, coupled an encyclopedic knowledge of the natural wonders of the area with the familiarity of one who has swum since childhood in the crystal clear waters of its most secluded coves. Our land excursions were filled with close encounters with some of rarest wildlife on the planet. We wandered on powdery white beaches shared only with colonies of sea lions and hiked along black lava rock paths to observe at close range the courtship ritual of Nazca boobies and waved albatross. 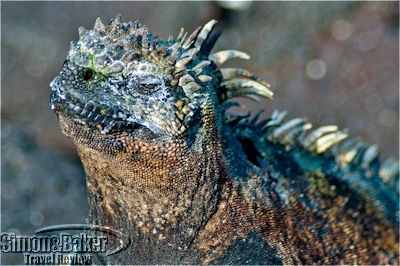 We rode our panga along the edge of vertical cliffs dotted with blue-footed boobies and tiny Galapagos penguins, and watched frigate birds and brown pelicans nosedive for their breakfast. For me the highpoint of the day was invariably our snorkeling expedition. In island after island, Rafa led us to the most exotic marine life I have ever observed. I swan surrounded by so many giant sea turtles that it was a challenge to get out of their way. I observed a hammerhead shark, mercifully unconcerned by my presence; and I can now boast that I was personally pecked by a flightless cormorant! Visit the Simon & Baker Travel Review to read more about my Galapagos Archipelago cruise aboard the M/Y Grace. 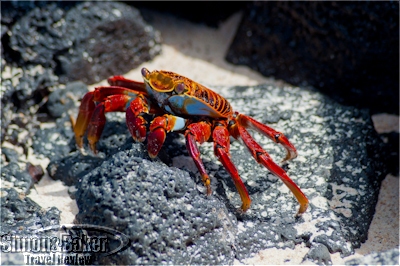