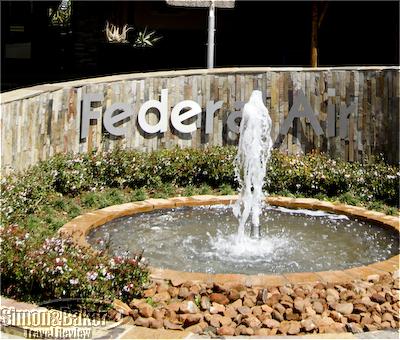 Federal Air at OR Tambo International

In the past when we visited the http://simonandbaker.com/kruger and its environs on safari we flew commercially from Johannesburg to the Kruger Mpumalanga International Airport, rented a car and drove the rest of the way to the safari reserve; or self drove a rental car from Johannesburg to our lodge in or near Kruger. While flying was, in theory, faster it required an early arrival at the airport and the discomforts and safety concerns (including luggage wrapping because of the serious theft problems at the airport) of the Johannesburg airport. And, once we arrived we still faced a drive of two hours or longer to our destination. 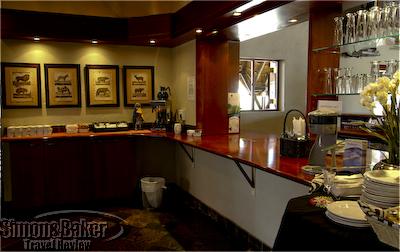 Lounge and snacks at the Federal Air terminal

Self driving from Johannesburg to the safari area in turn meant we were empowered to depart at the time of our choosing and stop as we pleased. However, the drive required a minimum of six hours and the possibility of getting lost. We were also subject to the possible dangers of South African roads. We have unfortunately had a couple of incidents on South African roads (and heard many stories from trustworthy sources) that have made us increasingly wary of driving there. 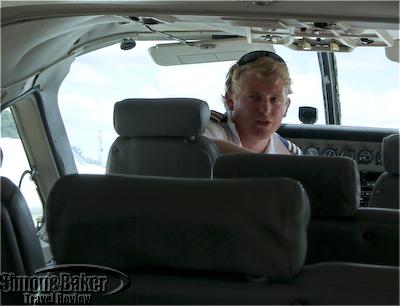 Our pilot does the safety briefing prior to takeoff

On our most recent trip we discovered a great alternative, Federal Air flights from Johannesburg to the nearest landing strip to our safari lodges. Federal Air had its own departure area with a luxury lounge in a separate section of the Johannesburg airport. This meant we could bypass the general traveling population at the airport and spend the time before our flight in relaxed comfort at the Federal Air lounge where there were complimentary snacks and beverages. 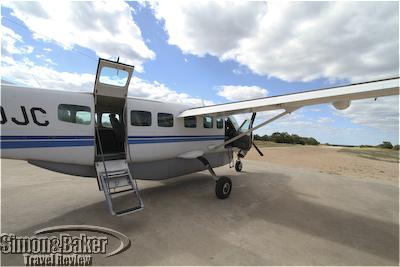 On arrival at the Thornybush Reserve our ranger was awaiting us at the simple landing strip and within minutes we were settled in at Africa House at Royal Malewane. Likewise, on our return from Singita in the Sabi Sand Reserve our guide drove us to a furnished and comfortable waiting tent stocked with beverages and reading material. Within 10 minutes of our arrival the plane had landed and we were airborne.