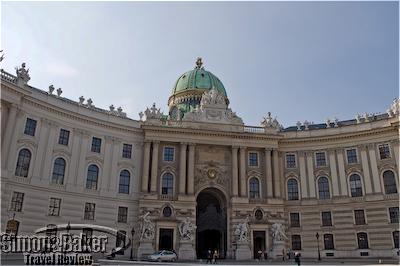 Main façade of the Hofburg imperial palace in Vienna

There is always a risk in revisiting best-loved places that they may have changed. My first encounter with Vienna dates back to the 1960’s. The shine of the once brilliant capital of the Habsburg Dynasty had been dulled by the aftermath of two world wars; but even so, it had managed to retain enough of its past grandeur and courtly traditions to seduce me on the spot. I returned several times over the ensuing decades and with each visit, I delighted in observing an accelerating pace of renaissance. Palaces were restored to their imperial majesty; and in the center of town, new constructions were sensitively integrated into their historic surroundings; Vienna has indeed changed over the recent past, but only for the better. Today it is again a sparkling jewel in the center of Europe, the 21st century version of the exuberantly luxurious and romantic capital of its imperial heydays. 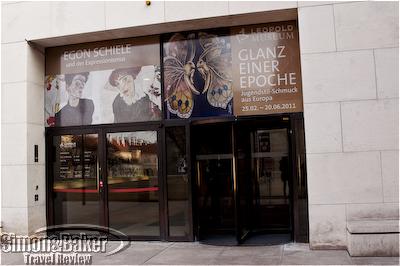 I hadn’t been back in over a decade, so the intent of my recent visit was to catch up with this new, 21st century Vienna and more specifically visit the Leopold Museum. Opened in 2001 to hold the previously private art collection of Rudolph and Elizabeth Leopold, it is a treasure trove of Austrian Modernist masterpieces, including the world’s largest collection of the works of Egon Schiele, recognized as one of the greatest figurative painters of the early 20th century. Although he died at the age of 29 in 1918, Schiele left an amazing body of work that had been all but forgotten until local art collector Rudolph Leopold rediscovered him in the 1950. Today 330 of his oil canvases and over 2,500 of his drawings are part of the Leopold’s collection. Many of his major works are permanently on display along with a number of paintings by Gustav Klimt, Oskar Kokoschka and other leading artists of the Austrian Modernism movement. The museum also includes a stunning collection of Art Nouveau jewelry and crafts. 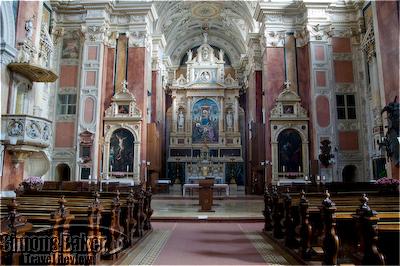 Another exciting discovery was the extensive renovation work that had been completed on the Kärntner Ring section of the Ringstrasse (or simply the Ring), the broad 19th century boulevard that circles the center of the city. At the time of its construction, the Ring had been lined with palaces, public buildings and several landmark hotels. Some of the latter had over time fallen into serious disrepair, some to the point of being boarded up for a time. Since my last visit, two of these hotels, the Grand Hotel Wien and the Ring Hotel had been restored to their original splendor. 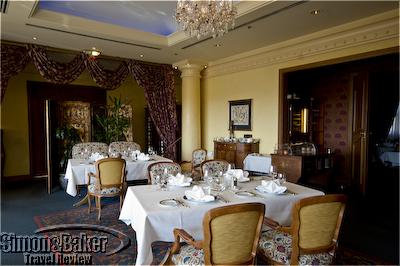 Behind its superb classic facade, the Grand Hotel Wien, the first luxury hotel in the city when it first opened its doors in 1870, once again welcomed its guests to palatial interior spaces, Viennese Grand Style décor and the impeccable service that spoke of the opulence of a bygone area. Meanwhile just across the street, the Ring Hotel, once a residential property that had provided in-town pieds-à-terre for bachelors of the Viennese aristocracy, had undergone a complete interior reconstruction. It had re-opened in 2007 as a contemporary luxury hotel appointed with the latest amenities, including a state-of-the-art health club and spa tucked under the eaves, and a sauna with a glorious view over the rooftops of the city. It was a perfect place to enjoy some of the best of contemporary Vienna within a few minutes’ walk from the significant historic and artistic landmarks in the city. Visit the Simon & Baker Travel Review to read more about my recent visit to Austria, the Grand Hotel Wien and the Ring Hotel.