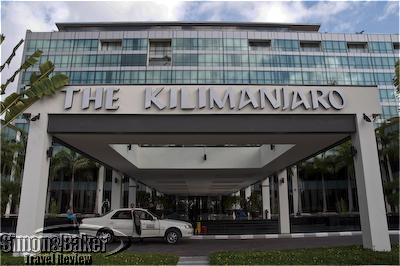 The facade of the Kilimanjaro Kempinski Hotel

It’s a long way from North America to Tanzania, and there is no easy way to get there. Although I had treated myself to a weekend stopover in Europe, the remaining leg of my journey had started with a pre-dawn wake-up call, then the long hours of pre-departure chaos inherent to large international airports. The flight seemed to go on forever, as did arrival formalities. It was past midnight by the time I shuffled into the poorly lit arrival hall at Dar es Salaam International Airport, travel-worn and circumspect. This was my first visit to Tanzania and all that I had heard of the city’s reputation for crime and petty theft dictated vigilance. Then a sign caught my eye, held by a smiling man. “Kili Kempinski,” the sign said, with my name neatly printed below. All was well! 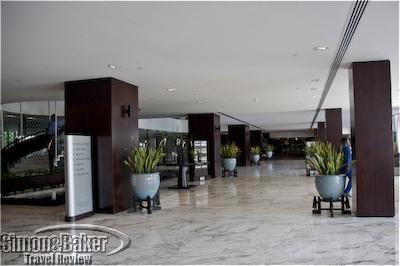 Comfortably settled in the late model, air-conditioned car, a bottle of chilled water in hand, I watched the gloomy empty streets zoom by, thankful for the efficient staff of the Kilimanjaro Hotel Kempinski who had arranged my airport transfers. Soon, we were entering a gated garden and pulling under the deep canopy of the hotel entrance. I was welcomed by an awaiting doorman who ushered me to the reception desk. The Kili (as the hotel is affectionately known by its local patrons) clearly understands middle-of-the-night arrivals, and how to whisk guests to their bed in record time. I barely had a chance to catch in my peripheral vision the cool white marble foyer with its line of rosewood-clad pillars and large turquoise ceramic urns filled with greenery, before I was in the elevator to my room. 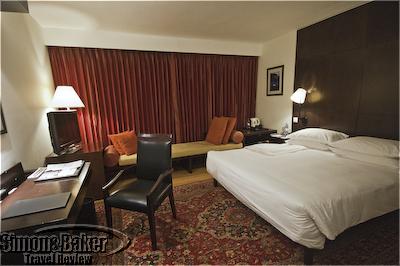 My room at the Kempinski

There, luxurious contemporary décor hinted at the promise of a serene night’s sleep. Subdued lighting filled the room with a warm glow revealing the king size bed, its silky high-count cotton bedding invitingly turned down. Crimson velvet drapes were cozily drawn across the long picture window. I hesitated briefly at the tempting sight of the deep freestanding tub in the center of the ultra-modern bathroom before stepping into the walk-in shower. My next recollection is of a wake-up call pulling me out of the embrace of my ultra-comfortable bed. I opened the drapes to a panoramic view of the harbor. Against a backdrop of modern infrastructure and large cargo ships, a lone dhow, its traditional triangular sail arching in the morning breeze, was slowly making its way across the water as dhows have for centuries. This was indeed the Indian Ocean, and the Kili the perfect place to catch my breath before starting off on my safari. 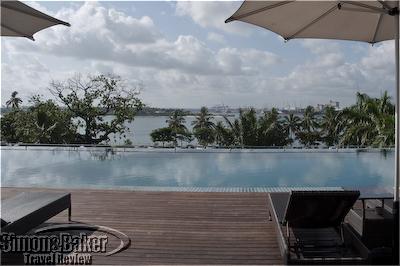 The pool area looks out over the harbor

Originally open in 1965 as the first contemporary luxury hotel in Dar es Salaam, the property had eventually fallen in disrepair before shutting its doors three decades later. After being shuttered for several years, it was acquired in 2004 by Ali Saeed Juma Albwardy, a United Arab Emirates industrialist who restored the landmark property to its earlier grandeur. Opened in 2005 under the under the management of Kempinski Hotels, it is once again a favorite of the business and political elite of the city. And a stopover of choice for weary travelers who enjoy the Kili’s personalized service and its appealing blend of European comforts and East African hospitality. 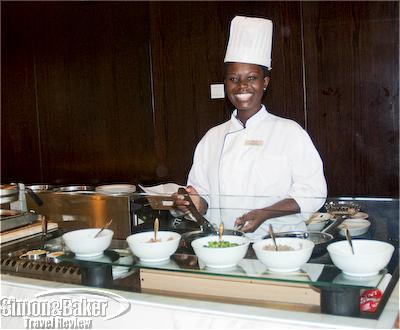 Breakfast in the Palm Restaurant

After a hearty breakfast cooked to order in the open kitchen of the sunny Palm Restaurant, it was time to step into the awaiting car and be driven back to the airport for my flight to Mikumi National Park. I had just enough time before I left to catch a glimpse of the long, shimmering infinity-edge swimming pool on its terrace raised above the harbor, and the serene foyer of the Anantara Spa. This reinforced my conviction that not only would the Kilimanjaro Hotel Kempinski (Kivukoni Street, P.O. Box 9574, Dar es Salaam, Tanzania, + 255 764 704 704, http://www.kempinski.com/en/daressalaam, reservations.tanzania@kempinski.com) be my home in Dar es Salaam whenever travel opportunities in East Africa bring me back to the city, but next time, I will plan a longer stop there. Visit the Simon & Baker Travel Review to read more about my visit to Tanzania.