The City of Sails: a welcome antidote for jetlag 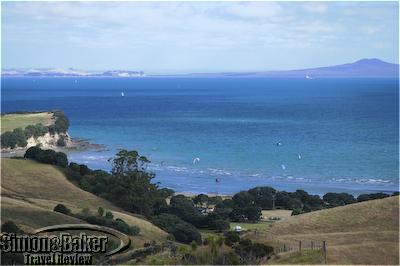 A sea view in Auckland

After the seemingly endless night flight from the United States, watching Auckland, New Zealand, sparkle beneath the plane in the early morning sunshine felt like an especially crisp breath of fresh air. The City of Sails, as Auckland is called, immediately delivered on its nickname. Built on a narrow stretch of verdant hills between the South Pacific Ocean and the Tasman Sea, the city welcomed me with a gentle sea breeze and a translucent morning sky that was an invitation to a walk.

Although its 1.3 million residents (roughly one-third of the country’s population) make Auckland the largest and most densely populated urban center in New Zealand, the city center was remarkably uncrowded. Its lush parks and laid-back atmosphere evoked a college town, rather than the main commercial and industrial hub of New Zealand. 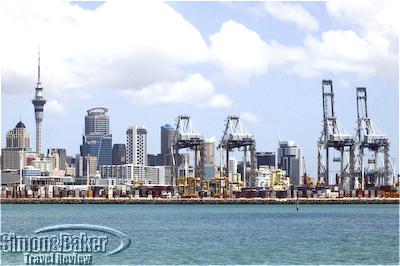 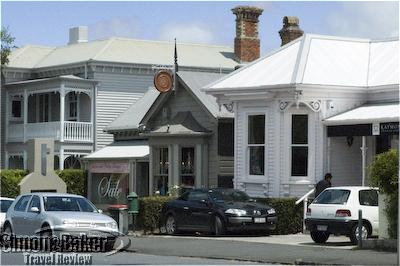 A street in Auckland 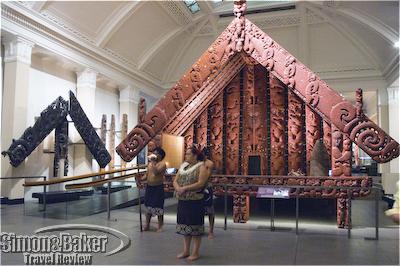 Inside the Auckland Museum

In Auckland, all roads slope toward the sea. I soon found myself boarding one of the many tour boats for an exhilarating cruise of the harbor and the stunning seascapes beyond. The pristine, shimmering sea was filled with sailboats of all sizes, its coastline festooned with coves bristling with marinas. The horizon was dotted with the soft outline of ancient volcanoes.

In the bracing sea air, I could feel the woolly feeling of jetlag literally wash away from me. After resetting my internal clock with a satisfying night’s sleep, I spent the next day enjoying the historic Parnell neighborhood and the Auckland Museum, which houses one of the most extensive and significant collections of Maori and Pacific Islands artifacts in the world.

One last day to explore the spectacular black sand beaches of the Tasman Sea just north of Auckland and I felt fully adjusted to South Pacific time and atmosphere. I was ready for the four-hour flight to Sydney, my final destination, and my full schedule ahead. Click here for more on my extended stop-over visit to Auckland, New Zealand