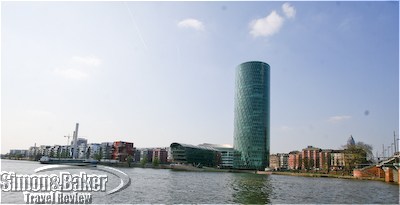 Frankfurt was our gateway to Germany's Black Forest

Earlier this year, my husband and I had an opportunity to visit the famed Black Forest and nearby areas of southwestern Germany. We were pleased to discover several small family owned and managed hotels, part of the Romantik chain of 200 independently owned and managed hotels and restaurants in 11 European countries, offering comfortable and modern accommodations including some with spa facilities. We were especially delighted with the friendly and welcoming hosts and their staff, striking scenery and outstanding foodie havens we visited during our two-week drive through the countryside.

Although neither of us speaks German we had visited that European country in the past and were confident we would have a pleasant trip. In past trips to Germany most of the business people we encountered spoke some English so we were surprised to discover that once we veered off the urban core of Frankfurt, English was scarce. So we made do with our few phrases of German and many smiles. Almost without exception locals made us feel welcome with their warm and friendly attitude. Whether it was fellow guests, staff or strangers in public areas someone was always willing to listen to our broken German and communicate with us. 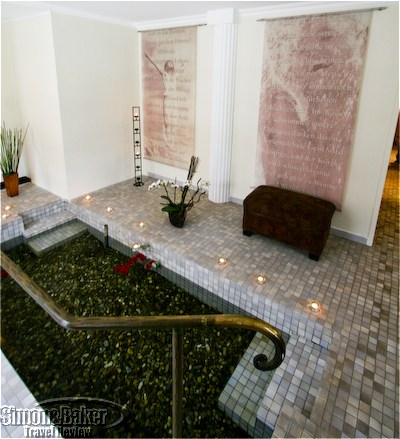 A quiet area at Bollant's Spa 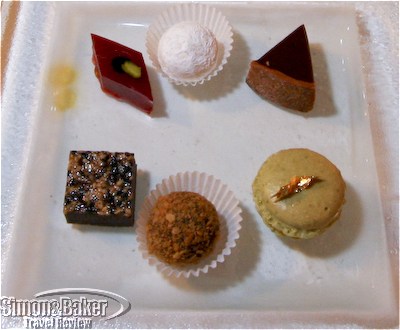 After landing in Frankfurt and picking up our spiffy German rental car with heated seats (it was late winter/early spring and definitely cold) and global positioning system (GPS), we headed to the village of Bad Sobernheim where we spent two nights recovering from the jet lag and being pampered with good food and spa time at the Romantik Hotel BollAnt’s im Park, Bollant’s Spa at at BollAnt’s im Park Romantik Hotel and Vital Spa and Passione Rossa restaurant. 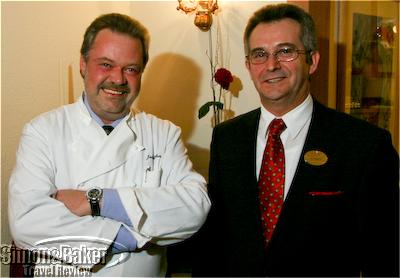 We also visited the Romantik Hotel Landschloss Fasanerie on the outskirts of the town of Zweibrucken near France. Once again we took advantage of the property’s spa services and sampled its outstanding local and continental cuisine. Before leaving we had a gourmet dinner at the well known Tschifflick. 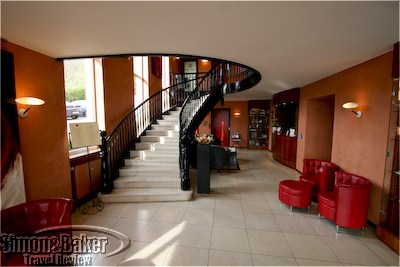 The lobby at Residenz am See in Meersburg 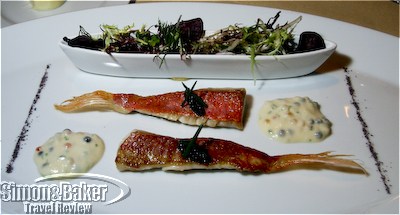 A delicate fish course at Casala 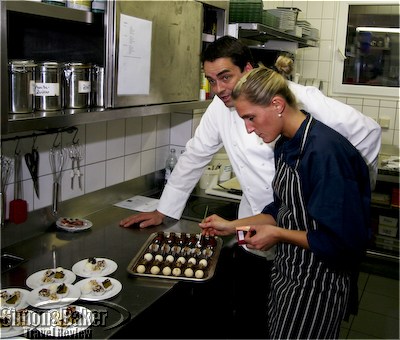 Behind the scenes at Residenz am See

From there we headed south through snow covered mountains to Meersburg, a small and picturesque village with cobblestone streets on the shores of Lake Constance. We thoroughly enjoyed our brief stay in a penthouse suite at the Romantik Hotel Residenz am See, one of our favorite properties during the trip for sheer friendliness, a well appointed suite and delicious food. While we were there we attended a German pastry baking class in German. With the help of our small group of fellow students and the pastry chef’s interjections we learned a little and had a fun morning baking delicious regional and German treats. Meals at the hotel restaurants including dinner at Casala Restaurant, were outstanding! 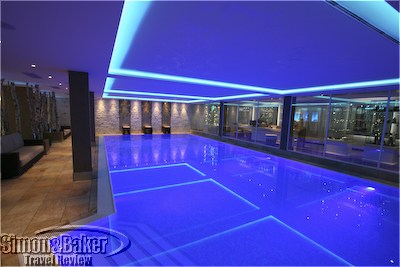 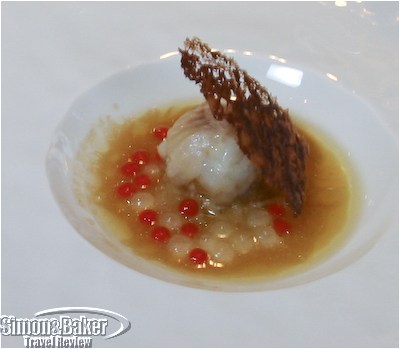 One of the delicious dishes we tried at the Restaurant Schlossberg

From there we returned to the Black Forest to the Romantik Hotel Sackmann in the municipality of Baiersbronn. We especially liked the hotel’s riverside location, gourmet restaurant and fabulous spa facilities.

We would recommend the region to scenery, spa and gourmet food oriented friends and acquaintances willing to venture to areas where English is not commonly spoken. As an added bonus this part of Germany offered great value for money compared to urban areas in Europe.