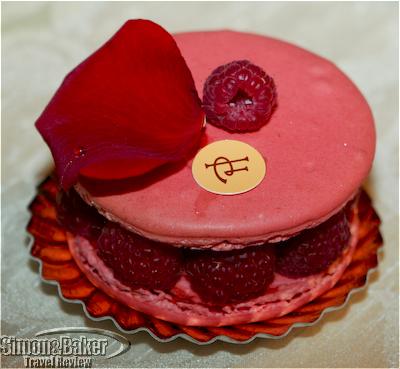 A few years ago, a close friend and macaron lover introduced several people, including me, to Pierre Hermé during a champagne reception at her home. Although my husband has never met a macaron he didn’t like, at least a little, generally speaking I’m not fond of the fluffy almond pastries that are ubiquitous in France. And so it was that I paid little attention to the Pierre Hermé goodies, at first. At my friend’s insistence I tried one. It was delicate in texture and flavor and like no other macaron I had had before.

That evening I sampled all the flavors of macarons she had. Later my husband and I visited one of the Pierre Hermé shops to purchase macarons of our own and sampled additional flavors. Ever since that fateful day I have developed a passion for Pierre Hermé macarons. As soon as I arrive in Paris I make a beeline for the small and often crowded Latin Quarter shop. 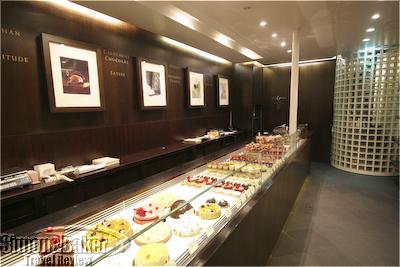 The shop counter at Pierre Herme

While I have favorite flavors every Pierre Hermé macaron I have had tasted has been superb. I have also sampled macarons at other locales, including at some very well known bakeries and restaurants, but none have even come close to matching the delicate and extraordinary flavors and texture of Pierre Hermé macarons.

In addition to the macarons Pierre Hermé shops sell chocolates, tea, and other baked goods. One particular pastry stands out as a queen among her subjects, Ispahan. It is made with macaron, litchi and rose cream and raspberry. 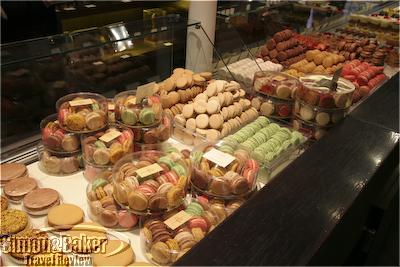 Macaron flavors vary during the year and for the end of the year holidays there are usually seasonal specialties which we always long to sample. Favorites we have tried include Truffe Blanche et Noisette (white truffel and hazelnut), Caramel a la Fleur de Sel (caramel and salt), Huile d’Olive et Vanille (olive oil and vanilla), Rose, and Chocolate and Foie Gras. Pierre Hermé, 72, rue Bonaparte, Paris 75006, France, +33 01 43 54 47 77, www.pierreherme.com