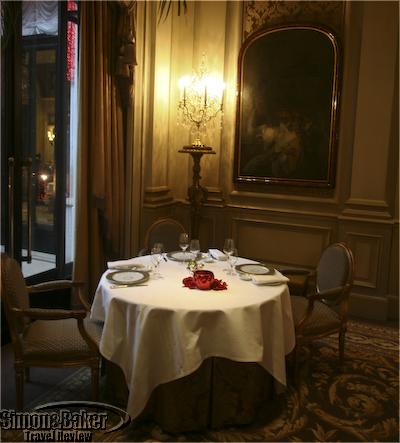 The dining room at Le Cinq

Dishes at Le Cinq were pretty to look at and eat

Ever since he arrived at Les Elysees du Vernet in Paris, France we became fans. There was passion and culinary ambition in the way he cooked and served his tasty delights at the understated restaurant steps away from the famed Champs Elysees. Every meal we had at the restaurant while he was there was a treasure so we felt a loss when he left. At the same time, we were thrilled that he was migrating to one of our favorite restaurants in the city, Le Cinq. 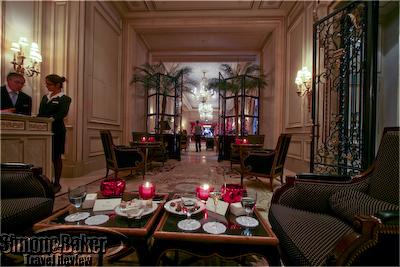 A few months after he arrived at the larger than life restaurant of the Paris George V Four Seasons Hotel we eagerly visited Le Cinq. As soon as the first bites arrived at our table we recognized his touch. We immediately forgot the rainy weather outside and focused on the joys of the meal. We were delighted. Every dish was pleasing. Once again Chef Eric Briffard has met and surpassed our expectations. We look forward to new dishes and repeat meals at his new venue. Click here to read more about our dining experience at Le Cinq.