2007 Tourism for Tomorrow winners from Australia, Indonesia and USA 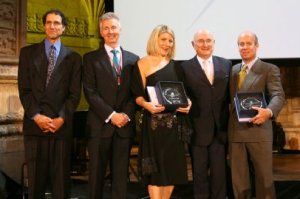 “Over the past few years, we have witnessed a positive growth in environmentally sustainable business activity not only among the Travel and Tourism industry but also beyond. Consumer consciousness has encouraged companies, and especially WTTC companies, to engage in sustainable programs by delivering environmentally friendly products,” said Geoffrey Kent, chairman, WTTC. “While there remains a need to generate profit, the Tourism for Tomorrow Awards are helping demonstrate that companies can balance business and economic growth with ethics and sustainability.”

“The 2007 Tourism for Tomorrow Awards winners represent a major turning point in the global tourism industry. Gone are the days when there were only a handful of ecolodges or a few small tour operators who were doing sustainable tourism successfully. Today’s best practice models also represent major tourism destinations and global tourism companies that are helping to protect cultural and natural heritage and support the well being of local peoples,” said Christ during the ceremony.