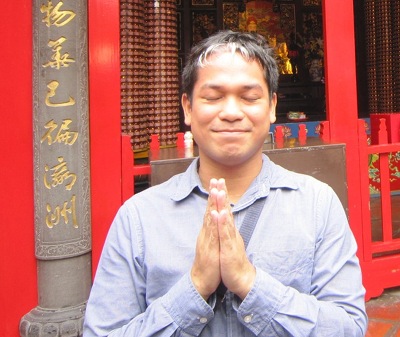 Joachim grew up on the streets of New Jersey in the United States, but hasn’t limited his life experience to the Garden State. He’s visited over 10 countries with Japan and the Philippines serving as his most frequent destinations. He has spent significant chunks of his life living in the great cities of Chicago, New York and Osaka, Japan. Chiba, near Tokyo Japan, serves as his current home base.

Joachim majored in Radio/TV/Film at Northwestern University and earned a Masters in Education from Teachers College Columbia University. While in New York, Joachim was the managing editor of AfterEd.tv, a web channel on education. Joachim combines both his professional training in media production and education background while teaching at a Japanese university. In his spare time, he enjoys shooting video and photos and producing independent film projects.