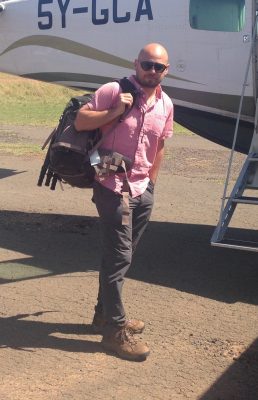 Aaron is a photographer and award-winning filmmaker who has traveled the world with his trusty camera at his side. He has filmed and photographed in Africa, India, Europe, Central and South America. He specializes in “observational-style” documentary work, with an eye for the fine details and a love for new places.

He graduated with a masters degree in Documentary Filmmaking from Stanford University. He owns and operates his own media production company in Brooklyn, New York, where he lives with his wife.