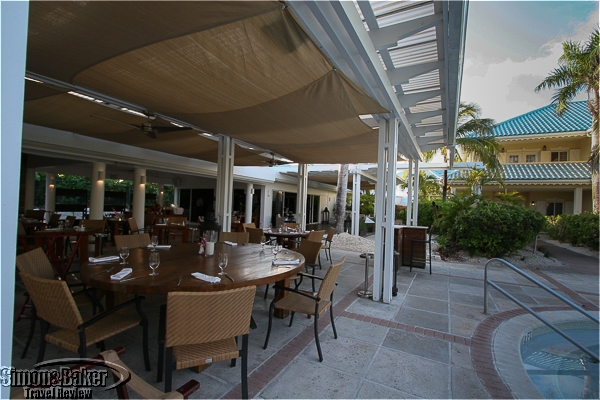 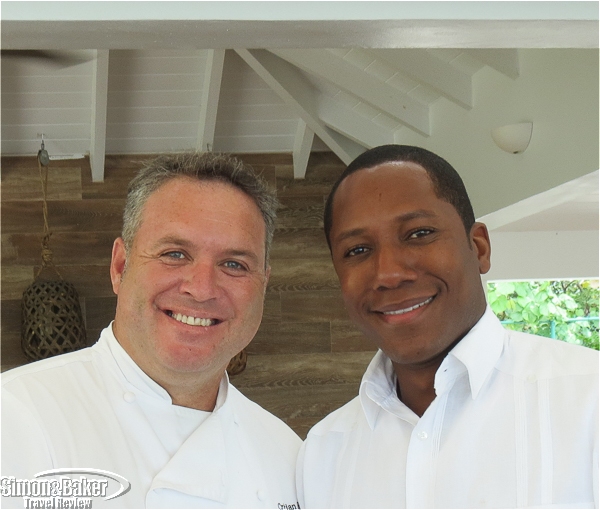 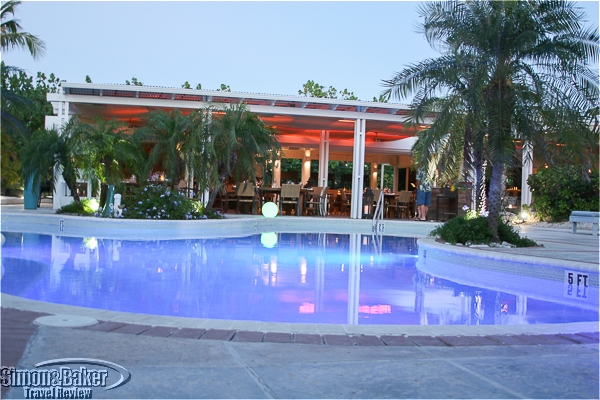 View of Kitchen218 from across the pool

During my three night stay at the Beach House Turks and Caicos in Providenciales in the Turks and Caicos Islands of the British West Indies, owned and managed by Waterloo Hotel Management, I had an opportunity to sample the food at Kitchen218, the property restaurant with seating for 80 guests and 20 staff. In 2014, the company renovated and rebranded the restaurant with Contemporary Caribbean decor in a poolside setting. 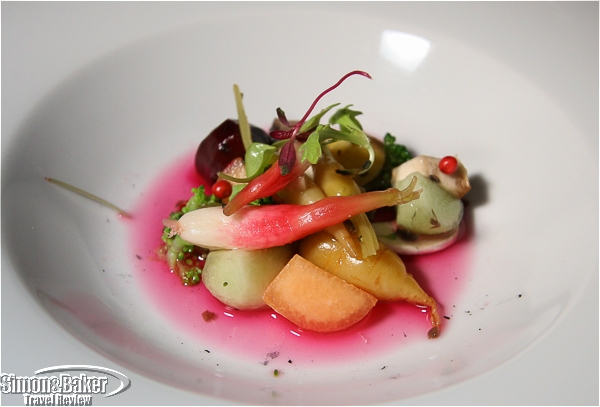 The first course was Veggie pickle cebiche and mushrooms 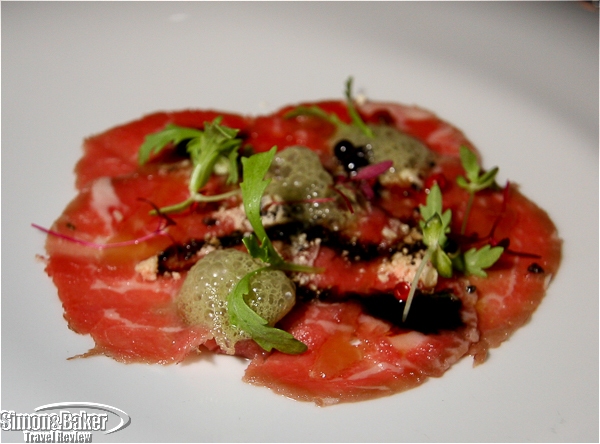 I had breakfast thrice, lunch and dinner once each. For breakfast there was a small buffet option as well as a la carte choices. The delicately fried fresh snapper served whole with tasty and savory vegetables was a favorite. For my friends who enjoy conch I would recommend the slightly sweet conch salad, a house specialty. 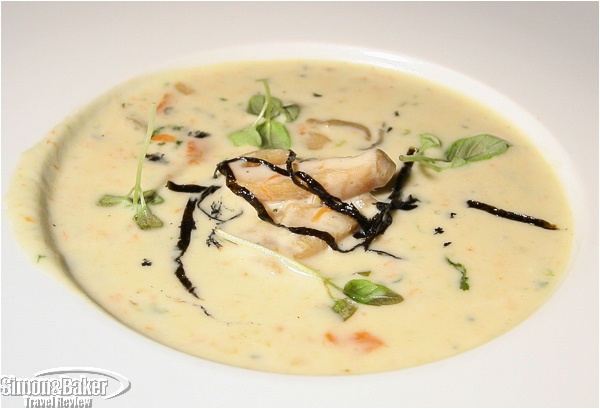 The Conch chowder was a favorite

It was at dinner that the chef’s contemporary fusion culinary talents shone brightest. The night I dined there I asked Cristian Rebolledo, executive chef of the restaurant, for a suggestion that emphasized local fresh products. After debating several options he recommended his seven course tasting menu and I agreed provided it was free of hot spices. He obliged. The tasting menu cost $110 and with a wine pairing it was $155. 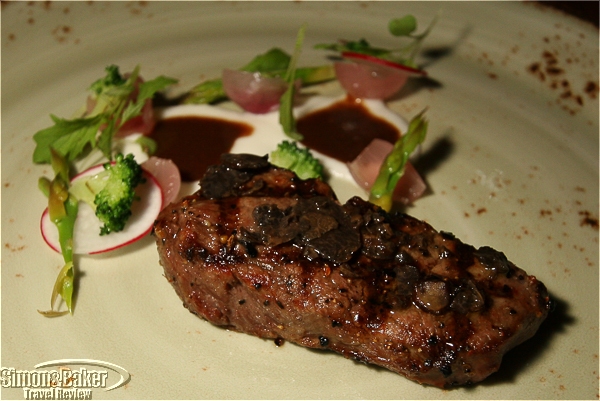 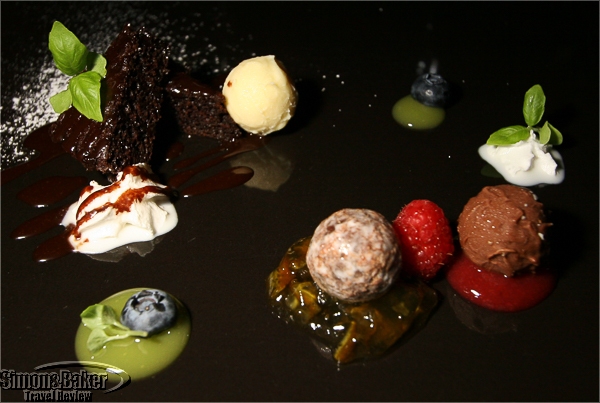 His well prepared and well presented meal with wine pairing was one of the highlights of my visit to Providenciales. It consisted of: Veggie pickle cebiche and mushrooms served with 2014 Danzante pinot grigio from Italy, Tuna tartare (a favorite) with sesame seed lemsay dressing served with Matua non vintage pinot noir from New Zealand, Beef carpaccio served with 2013 Byron pinot noir from California, Conch chowder (a favorite) served with 2013 Muga Rioja from Spain, Sea bass Coin textures and veggies (not a favorite) served with 2013 JJ Vincent Bourgne Blanc from France, Zen-Noh Waygu in dark sauce with veggies and figs served with a 2014 Josh cellar cabernet sauvignon from Napa Valley (USA), and Chocolate Fantasy served with a non vintage Deviation late harvest from California (not a favorite). It was the perfect menu for a special occasion. Kitchen218 (Beach House Turk and Caicos, Lower Bight, Grace Bay, Providenciales, Turks and Caicos, +1.649.9465377218, www.beachhousetci.com, contact@beachhousetci.com) and the chef’s tasting menu will be at the top of my list of dining venues on any return trip to Providenciales. 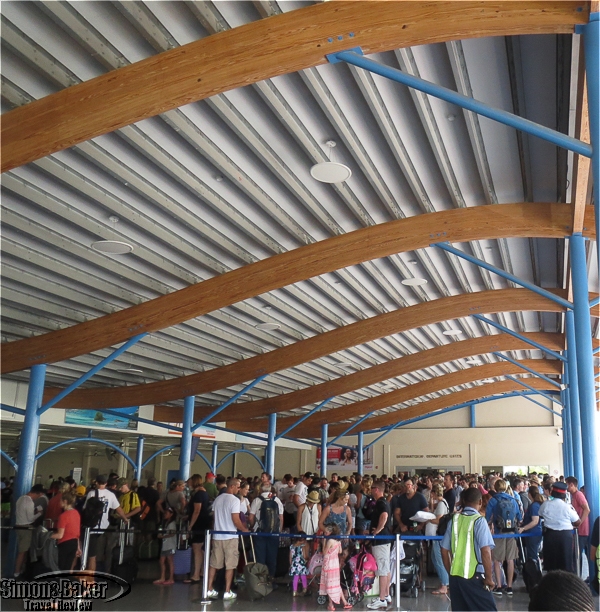 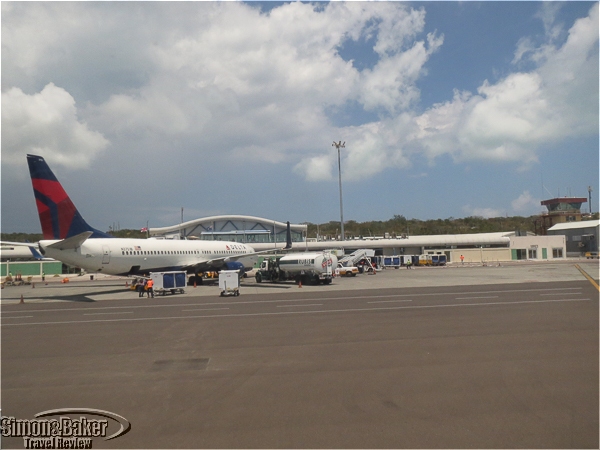 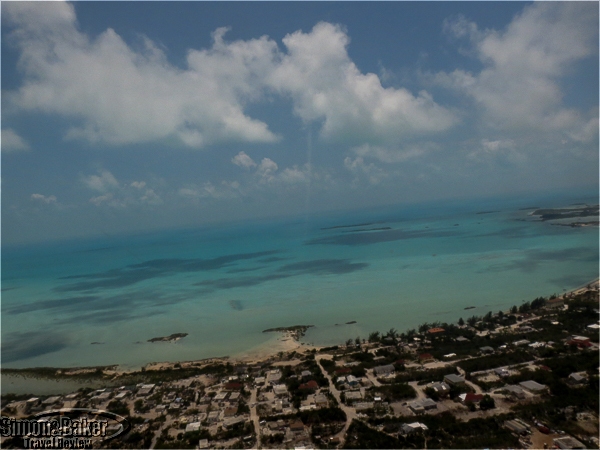