A visit with Lucy, the world’s most famous fossil 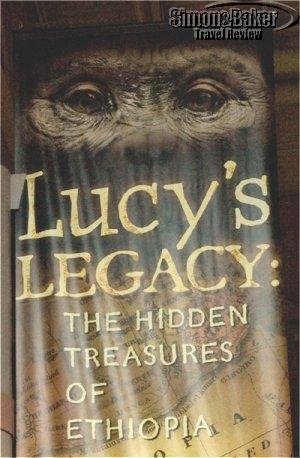 Earlier this week I attended the media preview of the world premiere exhibition “Lucy’s Legacy: the Hidden Treasures of Ethiopia,” scheduled to open August 31, 2007 at the Houston Museum of Natural Science. Six years in the planning, the exhibition is a collaborative effort of The Houston Museum of Natural Science, the Ministry of Culture and Tourism of the Federal Democratic Republic of Ethiopia and the Ethiopian Exhibition Coordinating Committee.

The exhibition includes the original remains of the 3.2 million-year-old hominid known as Lucy, the oldest and most complete adult human ancestor ever retrieved from African soil. Other important paleoanthropological artifacts are also represented as well as a wide selection of objects exploring Ethiopia’s recorded human history. These include illuminated manuscripts and processional crosses from the Ethiopian Orthodox Church, a selection of Korans from the holy city of Harar, and the first coins minted by an indigenous African civilization. 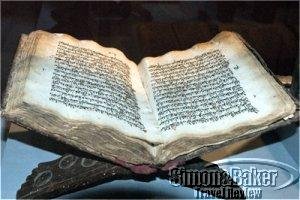 Early Koran from the holy city of Harar

In addition to the awe I felt viewing Lucy, I especially enjoyed the colorful and intricate Christian Orthodox triptychs and the exquisite calligraphy of the antique Korans. After its premiere in Houston, Lucy’s Legacy will tour to several additional destinations. The itinerary, yet to be finalized, will be revealed later this year.