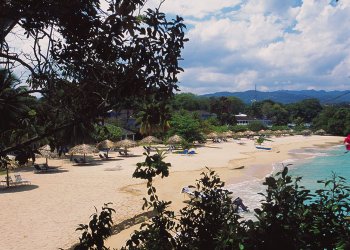 Ocho Rios, Jamaica (11/16) – The Jamaica Inn in Montego Bay, Jamaica was named Jamaica’s Leading Hotel at the World Travel Awards on Sunday, November 13 at a gala ceremony at the Royal Opera House in London. The winners were selected after over two million votes were cast from 156,000 travel agencies and professionals in 140 countries including leading travel destinations, airlines, hotels, personalities and companies.

Mary Phillips, general manager of Jamaica Inn, said:  “We are very honored to have received this prestigious award as it is global in scope and from travel professionals who look for the very best for their clientele.”

For more on the Jamaic Inn, see our article http://simonandbaker.com/jamaica_inn 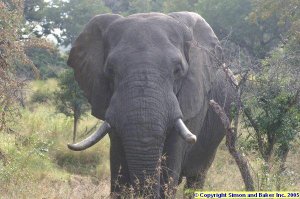 Elephant families in the Kruger National Park are facing the gallows as South Africa’s Minister of Environmental Affairs and Tourism appeals for national and international support of the plan to cull thousands of elephants over the next five years.

South Africa (PRWeb) November 24, 2005 — Elephant families in the Kruger National Park are facing the gallows as the Minister of Environmental Affairs and Tourism in South Africa, Marthinus van Schalkwyk is appealing to national and international communities to support for the plan proposed by the South African National Parks Board (SANparks) to cull thousands of elephants over the next five years. Census takers estimate that close to 12,500 elelphants live in the Kruger National Park. Until 1995 culling was used to maintain the elephant population within the carrying capacity unofficial of the national park (approximately 7, 500 elephants), when it was stopped due to national and international opposition.

“While the concept of a static carrying capacity within a dynamic environment has no scientific basis, the idea that Kruger can only support a population of 7,000 elephants has nevertheless become deeply entrenched within the minds of the general public.” Michelle Henley, Associated Private Nature Reserves.

The proposal indicates that culling is needed to conserve the biological diversity in protected areas and to support sustainable use of natural resources for the benefit of communities, such as processing carcasses, canning plants and butcheries, and in carving tusks and bones, elephant hair products and other by-products. The problem is that elephants are inefficient feeders in their physical taking of vegetation and also digestively. Elephants only digest some 40 percent of what they eat and being of such immense size, they require at least 170 Kg (470 lb.) of plant matter daily. Elephants are both browsers and grazers, utilising a very wide range of plants. Grasses are most often taken just after a rainy season, with trees and browse (leaves) making up the majority of their diet.

When eating off a tree, the leaves as well as bark and occasionally the roots are taken. This often has a real detrimental effect on the tree, especially when a whole tree may be pushed over just to reach the choice new growth in the canopy, which may lead to large areas of woodland being severely damaged. Eventually this will impact on their numbers, but the destruction is first felt by lesser browsing species such as antelope. However, in areas where severe bush encroachment has taken place, especially by Mopane (their favourite tree), elephant are quite beneficial, improving the habitat by opening up dense woodland for other species.

“Culling is a cruel, unethical and a scientifically unsound practice that does not consider the welfare implications to elephant society as a whole. Elephants are extremely intelligent, social and grieve tremendously for the loss of family members.” The International Fund for Animal Welfare (IFAW) are calling readers to sign an online petition that will be sent to the South African High Commissioner. Founded in 1969, IFAW is an international animal welfare and conservation organization that works to protect wild and domestic animals and to broker solutions that benefit both animals and people. With offices in 15 countries around the world, IFAW works to protect whales, elephants, great apes, big cats, dogs and cats, seals, and other animals.

Alternatives for culling have been suggested, such as contraceptive measures and increasing the borders of the national parks. The Kruger National Park is part of a transfrontier park, the Great Limpopo Transfrontier Park, a joint initiative between Mozambique, South Africa and Zimbabwe. “I would rather not do culling, and this is the view of the government as well. But there comes a time when not doing anything is not good enough,” said van Schalkwyk.

To learn more about the petition and support their efforts visit their website at http://www.ifaw.org. For more on the Kruger National Park read our article at http://simonandbaker.com/kruger