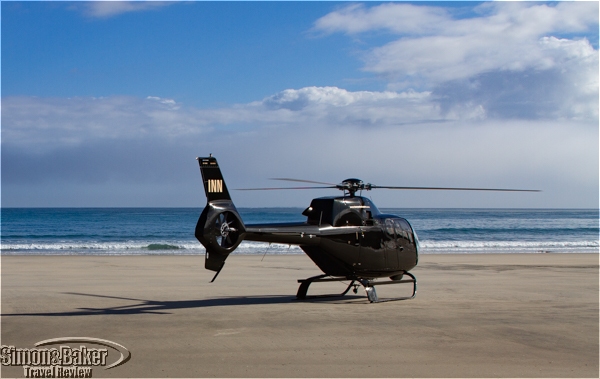 My off the beaten track Intrepid tour of the South Island (Te Waipounamu) of New Zealand began in Nelson. I was originally supposed to fly from the Nelson airport to the Westhaven Retreat by helicopter following a domestic flight into Nelson. It would have been faster than the multi-hour drive. Most importantly we would soar above the popular Tasman National Park, the smallest national park in New Zealand and one of the most popular. 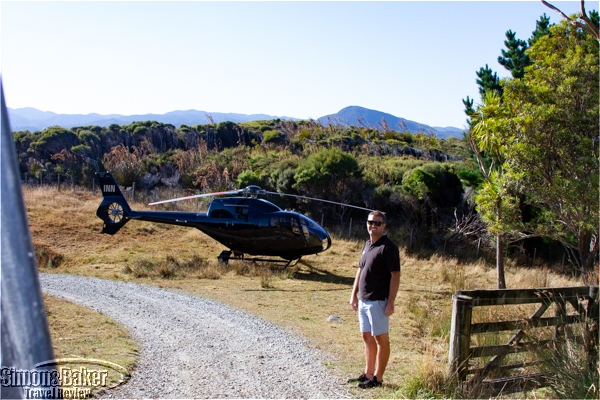 When a series of wildfires broke out near Nelson I anticipated my helicopter flight would be cancelled and it was. While I enjoyed the drive with my guide (Veronika Vermeulen, owner, Aroha New Zealand Tours) because it allowed me to get to know her and see a bit of the country, I was disappointed at having missed the helicopter flight. Fortunately, Veronika found a work around. 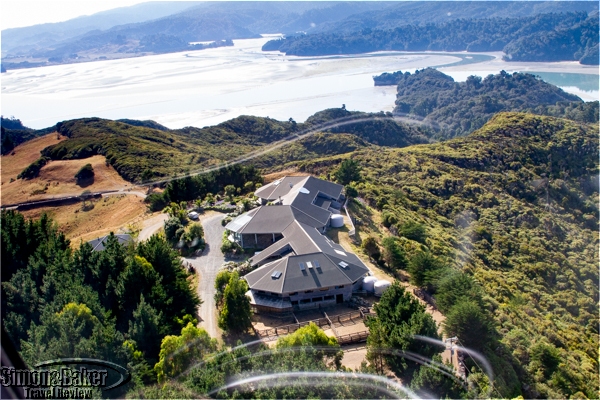 Our view of Westhaven Retreat as we departed

She scheduled the private Top of the South Tour on our departure. To make it possible on our departure day she left Westhaven Retreat early in the morning in the sports utility vehicle with our luggage. I stayed behind to enjoy a leisurely breakfast and the pretty ocean vistas. A few minutes after breakfast, from the expansive windows of the Westhaven dining room, I spotted a tiny metal bird approaching. In the blink of an eye the other guests and I watched it land on the nearby lawn. 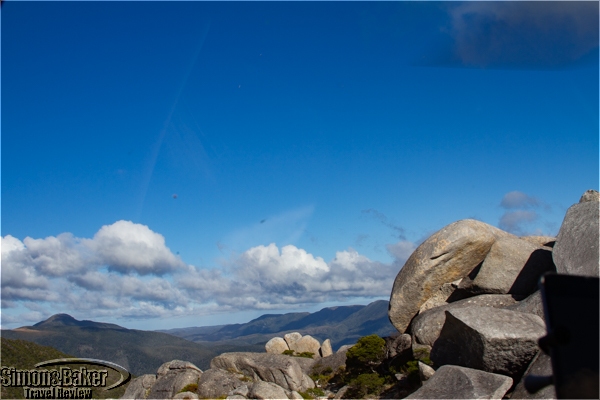 At the Mount Olympus Lord of the Rings film site

Within minutes Logan Moore, chief executive officer and pilot of Tasman Helicopters (Tangmere place, Nelson Airport www.tasmanhelicopters.co.nz, info@tasmanhelicopters.co.nz,  035288075) and I were airborne. From departure to arrival we didn’t see a soul. We flew in a Eurocopter EC120 built in 2008 with just over 2,000 flight hours and capacity for four passengers. 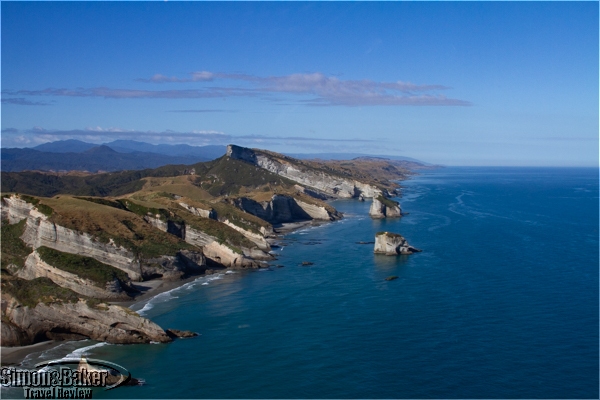 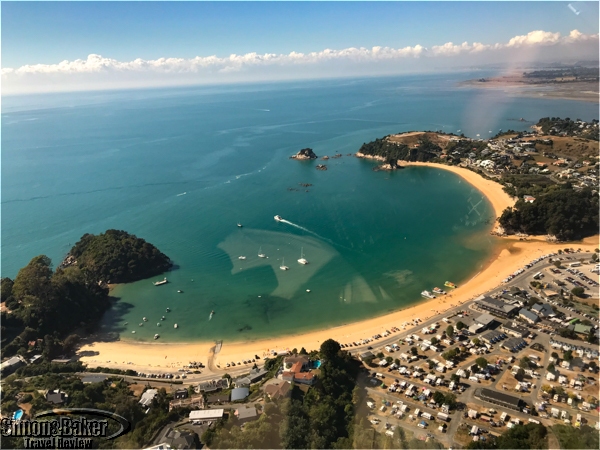 We flew over coastal areas, some isolated and some well populated

The 90-minute flight was one of the highlights of my trip to New Zealand. We stopped twice, at Wharariki Beach and at the Mount Olympus Lord of the Rings film site. I especially loved the dazzling beach stop. For a few minutes I had the impression we were the only humans for miles on the beautiful and unspoiled beach. Minutes later we landed in a rocky and hilly landscape. As soon as Logan identified which Lord of the Rings movie the film site belonged to I recognized it. The video clip on his tablet confirmed it. 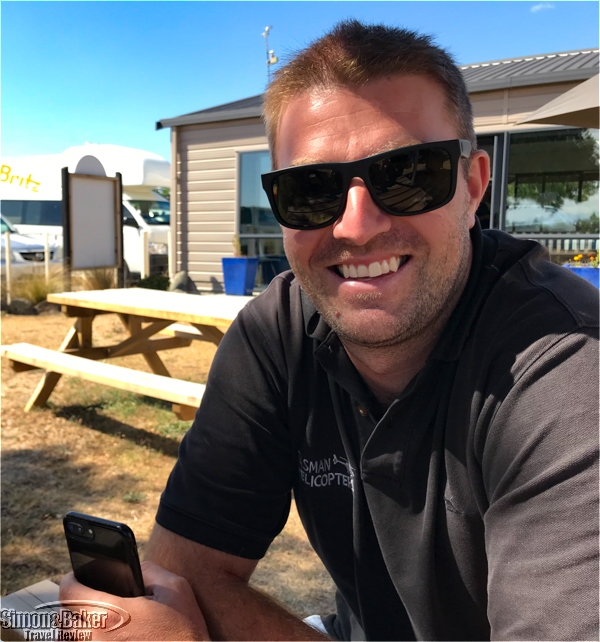 During a coffee break at Motueka Airport

Tasman Helicopters, co-owned by Ross Moore and Logan Moore, was established in 2015. According to Logan, who responded to questions by email, the company had no safety incidents.

Thanks to nice weather the scenery sparkled. The sky was clear and the flight was smooth, making time disappear faster than I anticipated. We landed at Motueka Airport, where my guide awaited me. As we continued on my tour memories of the flight lingered.